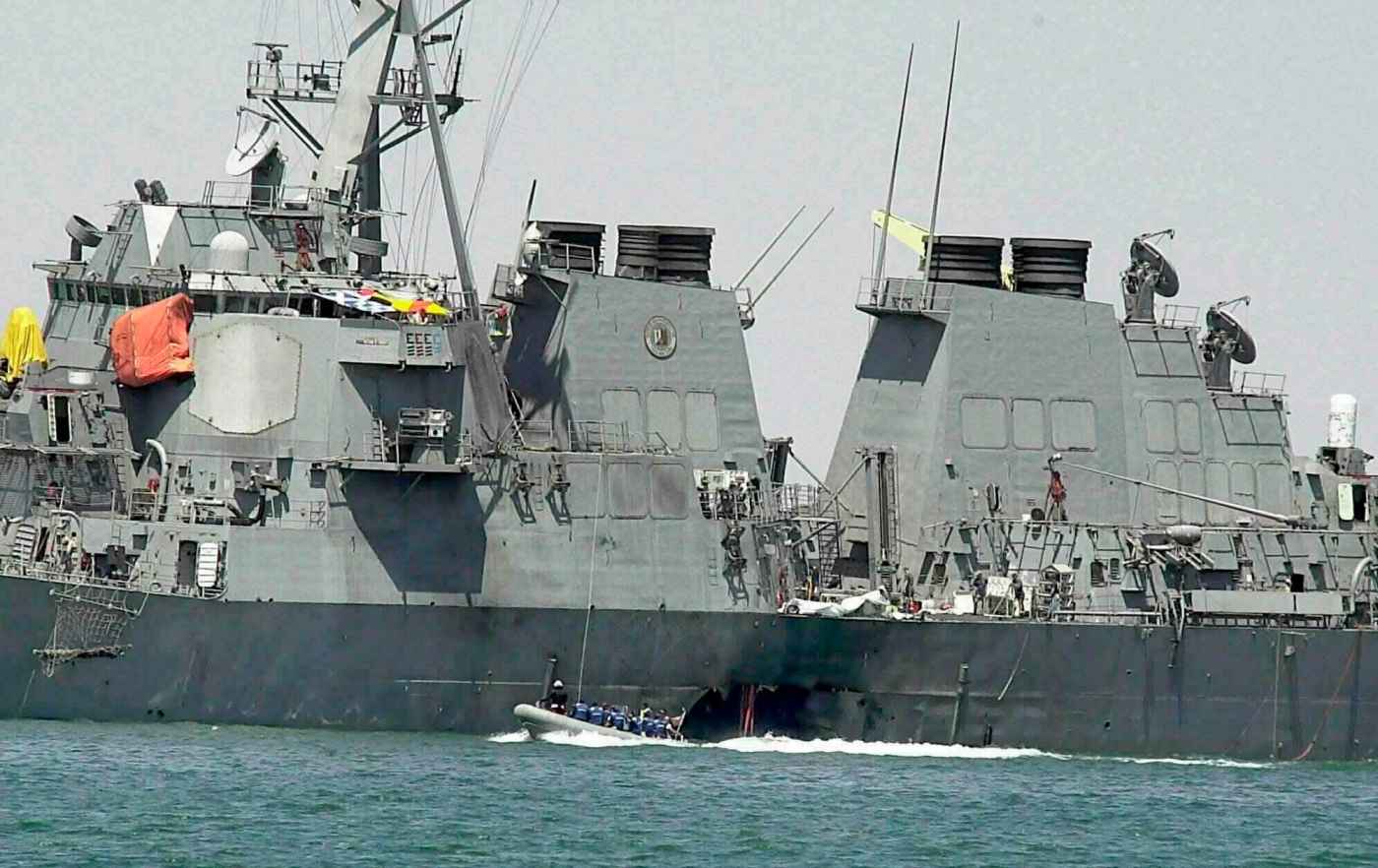 CAIRO — Sudan’s transitional government said Thursday it has reached settlements with families of the victims of the 2000 attack on the USS Cole in Yemen, in a bid to have the African country taken off the U.S. terrorism list and improve relations with the West.

While Sudan did not release details of the two settlements, copies of the agreements obtained by The Associated Press show they provide a total of $70 million that will be split among families of 17 people killed in the attack, as well as the 15 sailors who were injured and two of their spouses.

“Sudan was finally of the view that it was willing to resolve these cases,” said Adam Hall, a lawyer for the families.

The decision to settle is the latest step by Khartoum to put an end to its international pariah status. Earlier this week, Sudan’s provisional rulers said they had agreed to hand over longtime autocrat Omar al-Bashir to the International Criminal Court to face trial on charges of war crimes and genocide during the fighting in the western Darfur region.

Also, Sudan’s interim leader, Gen. Abdel-Fattah Burhan, earlier this month met in Uganda with Israeli Prime Minister Benjamin Netanyahu, who announced that Israel and Sudan would normalize relations after decades of enmity. Observers and Sudanese officials have said that the settlement with the USS Cole victims was among the last hurdles faced by Sudan on its path to being removed from the U.S. list of state sponsors of terror.

At the time of the Oct. 12, 2000 attack in the Yemeni port of Aden, Sudan was accused of providing support to al-Qaida, which claimed responsibility for the attack.

Today, Sudan’s interim authorities are desperate to have its listing by the U.S. as a state sponsor of terror lifted, in order to receive an injection of badly needed funds from international lending institutions. Sudan’s justice ministry said that the agreement was signed with the victims’ families last Friday but its statement gave no details of the settlement.

Sudan’s information minister and interim government spokesman, Faisal Saleh, told The Associated Press over the phone that Justice Minister Nasr-Eddin Abdul-Bari had traveled last week to Washington to sign the deal. The lawyer for the families, Hall, said the settlements contains no admission of wrongdoing by Sudan.

He said the Sudanese government is still in negotiations to reach a similar settlements with families of victims of the 1998 bombings of U.S. embassies in Kenya and Tanzania. More than 200 people were killed in the attacks and more than 1,000 were wounded.

The initial figures on the table had been in the billions, he said, but Sudan’s interim government had “inherited an empty treasury.” He said he hoped the international community would be sympathetic to the country’s situation.

“We expect the United States and the world to understand and to be supportive instead of imposing more obstacles,” he said.

For Sudan, being removed from the U.S. terror …read more