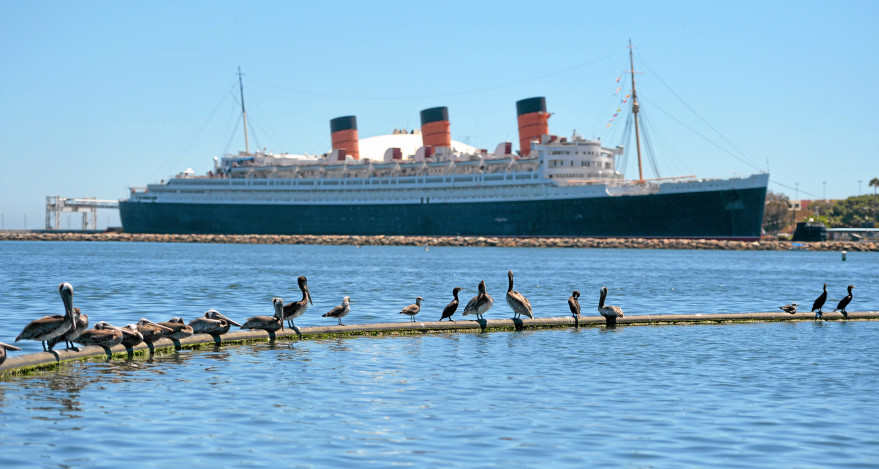 The Queen Mary was an economic boon to Long Beach and the Los Angeles County region last year, even as inspection reports detailed the ship’s continued deterioration.

That’s according to an economic impact report the vessel’s operator, Urban Commons, released Tuesday, May 12. The report, compiled by the Los Angeles firm Beacon Economics, found that in 2019, the Queen Mary generated more than $93 million in spending in Long Beach and more than $205 million in Los Angeles County.

The report was assembled as part of a new management strategy spearheaded by Long Beach, which owns the Queen Mary. Although Urban Commons had previously committed to releasing the report in mid-March, the firm said Tuesday the document was delayed because the company, along with the city, needed “to focus on issues related to COVID-19.”

Long Beach’s new strategy for managing the ship, which Mayor Robert Garcia announced in January, marked a shift from seeking to profit off of the vessel to instead focusing on its preservation as a historic asset. To help fulfill that goal, Garcia said at the time, Urban Commons agreed to produce an economic impact report, a historic preservation blueprint, and new ideas and revised plans for the 40 surrounding acres — the location for the long-awaited Queen Mary Island development.

The historic preservation blueprint, which was due to the city in mid-April, was also delayed because of the coronavirus, according to Urban Commons. But the firm “remains committed to finalizing and releasing the Queen Mary’s Historic Preservation Blueprint as soon as possible, taking into account the current environment,” according to a statement.

Garcia announced the new strategy right after Long Beach ended its longtime contract with Edward Pribonic, a third-party inspector who had been surveying the ship for more than 20 years.

Pribonic had become increasingly vocal about what he saw as the Queen Mary’s deteriorating state.

“Last month, I stated that the ship has never been in a worse condition,” he wrote after a visit in August. “That statement is surpassed by the condition found this month, which is even worse, as new failures and additional neglected areas are added to the list.”

City officials characterized the decision to end Pribonic’s contract as a shift in the city’s oversight of the ship — and a sign that Long Beach was keeping a more careful eye on the Queen Mary than ever before.

Along with the spending the Queen Mary generated last year, Tuesday’s report — “the largest study of its type ever performed on the ship,” according to Urban Commons — found that the ship raised more than $6 million in Los Angeles County tax revenue and more than $1 million in hotel tax for Long Beach.

The Queen Mary also supported more than 2,000 jobs in the county and contributed about $85 million in labor income to local residents, according to the document.

“We’re incredibly proud of what the Queen Mary means to the city of Long Beach and what she contributes to the city and beyond,” Taylor Woods, founder …read more

Recipes: The Jewish holiday of Shavuot can feature flexible dishes with cheese and fresh produce