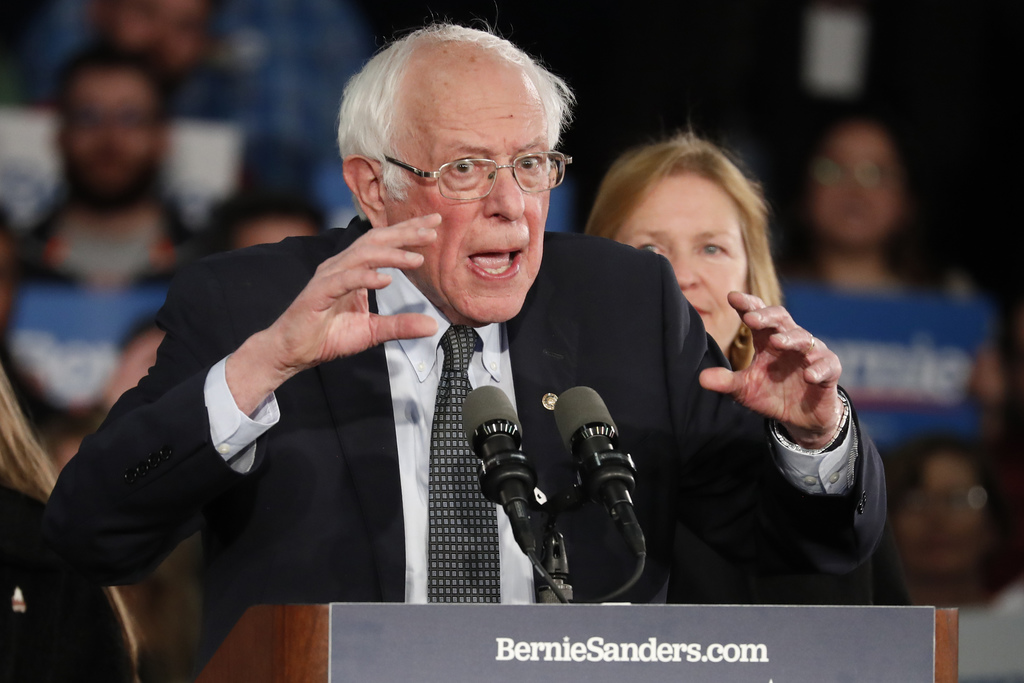 In 1981, as a Washington Post intern prowling for stories, I called the new socialist mayor of Burlington, Vermont.

He was an earnest and intelligent oddball, I decided, but not a serious politician with a future. So I didn’t write about Mayor Bernie Sanders — underscoring that I have a record going back almost four decades of misjudging political talent.

Sanders is now the front-runner to win the Democratic nomination. Yet note that in the betting markets, Sanders is the leader to win the nomination but President Donald Trump is favored to then win reelection in November.

I cringe as I write that. Yet Trump’s Gallup job approval rating has reached a new high and oddsmakers have significantly elevated his chances of reelection.

So that is the prism through which to view this election: Would Sanders increase or reduce the likelihood of a Trump victory? And would he help or hurt Democrats running for the Senate in states like Kansas and Alabama?

I admire Sanders for his authenticity and passion. He has poured his heart into ending U.S. complicity in atrocities in Yemen, even though this cause wins him no votes. Likewise, Sanders has shown unusual political courage in criticizing Israel’s land grabs in the West Bank, leading a political action committee to run attack ads against him. (The accusation that Sanders, who lived on an Israeli kibbutz for a time and would be the first Jewish president, is anti-Israel is absurd.)

Sanders voters said in exit polls that they were drawn to him because of his positions on the issues. But his proposals have almost no chance of becoming law, particularly if the Senate stays in Republican hands. If there is to be some progress on health care, or college affordability, or income inequality, or the appointment of judges, it will come through the election of a new president with hefty “coattails” — the capacity to help candidates lower on the party’s ticket. In particular, much will depend on the outcomes of Senate races in a handful of states.

Thus a candidate’s precise positions may matter less than his or her coattails. If you want universal health coverage, a fairer tax system, sensible judges and action on climate change, then you should focus on who is best placed to beat Trump — and on who can most help Democrats like Doug Jones, an endangered senator from Alabama, also win in November.

So is Sanders electable? Can he help Senate Democrats? Frankly, we have no idea, and we all tend to project electability on candidates we like.

“Electability is truly in the eye of the beholder,” notes Larry Sabato, a political scientist at the University of Virginia. “We’re all terrible at figuring out who is electable and who isn’t.”

Back in 1980, Sabato noted, some Democrats rejoiced when Republicans nominated an obviously unelectable candidate named Ronald Reagan. Then in 2016, the one thing many pundits agreed on was that Trump was unelectable. So let’s bring some humility to the exercise.

Letter: Serenity of Trump’s foes at speech shows US power