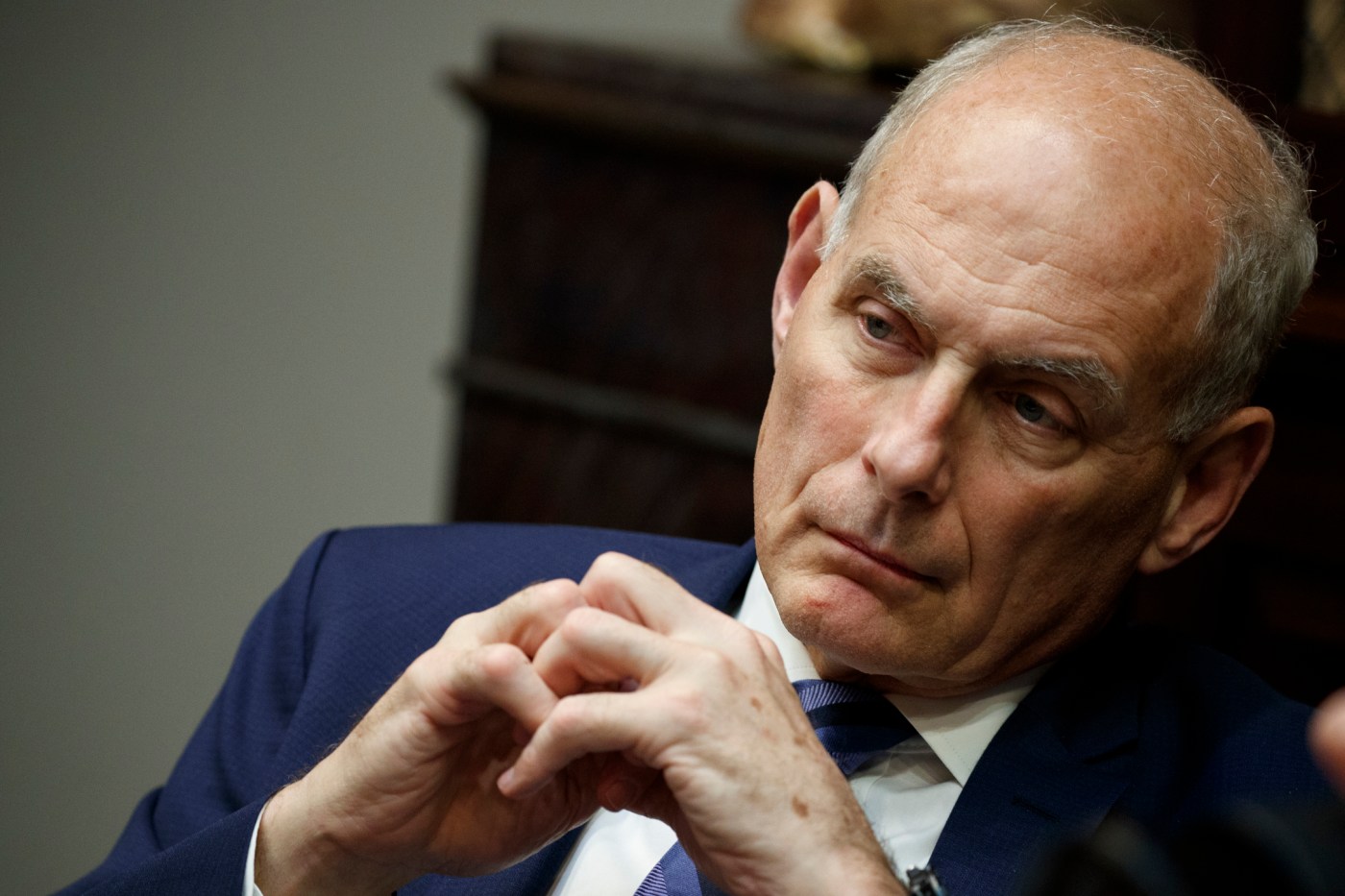 Kelly also believes that Vindman, who was fired from White House last week, told the truth during testimony before House investigators last fall.

“Having seen something ‘questionable (in the call),’ Vindman properly notified his superiors,” Kelly said at an event at Drew University, according to the magazine. “When subpoenaed by Congress in the House impeachment hearings, Vindman complied and told the truth.”

“He did exactly what we teach them to do from cradle to grave,” he said, according to the magazine. “He went and told his boss what he just heard.”

Kelly said that when Vindman heard Trump tell Ukrainian President Volodymyr Zelensky that he wanted the country to investigate former Vice President Joe Biden and his son, Hunter, the ask was for the aide “tantamount to hearing ‘an illegal order,’” The Atlantic reported. Trump and his allies have repeatedly made unfounded and false claims to allege that the Bidens acted corruptly in Ukraine.

“We teach them, ‘Don’t follow an illegal order. And if you’re ever given one, you’ll raise it to whoever gives it to you that this is an illegal order, and then tell your boss,’” Kelly said, according to the magazine.

The comments by Kelly, a retired Marine general who left the White House in January 2019, come as Trump has suggested Vindman could face disciplinary action, though a US defense official with knowledge of the matter told CNN there is no Army investigation into the Iraq War veteran and Purple Heart recipient. Although Kelly has previously voiced criticism of Trump since leaving the White House last year, he touched upon a wide array of subjects in the new interview and prompted a Twitter blast from the President later Thursday morning.

“When I terminated John Kelly, which I couldn’t do fast enough, he knew full well that he was way over his head. Being Chief of Staff just wasn’t for him. He came in with a bang, went out with a whimper, but like so many X’s, he misses the action & just can’t keep his mouth shut,” Trump tweeted.

In addition to heaping praise on Vindman for his conduct during Wednesday night’s 75-minute question-and-answer session, Kelly offered a litany of “misgivings” about his former boss, according to The Atlantic. He reportedly took issue with Trump’s characterization in 2015 of Mexican immigrants as “rapists” and criminals, telling attendees that “it’s wrong to characterize them that way.” He also cast doubt on Trump’s attempts to get North Korea to denuclearize, saying he “never did think (Kim Jong Un) would do anything other than play us for a while.”