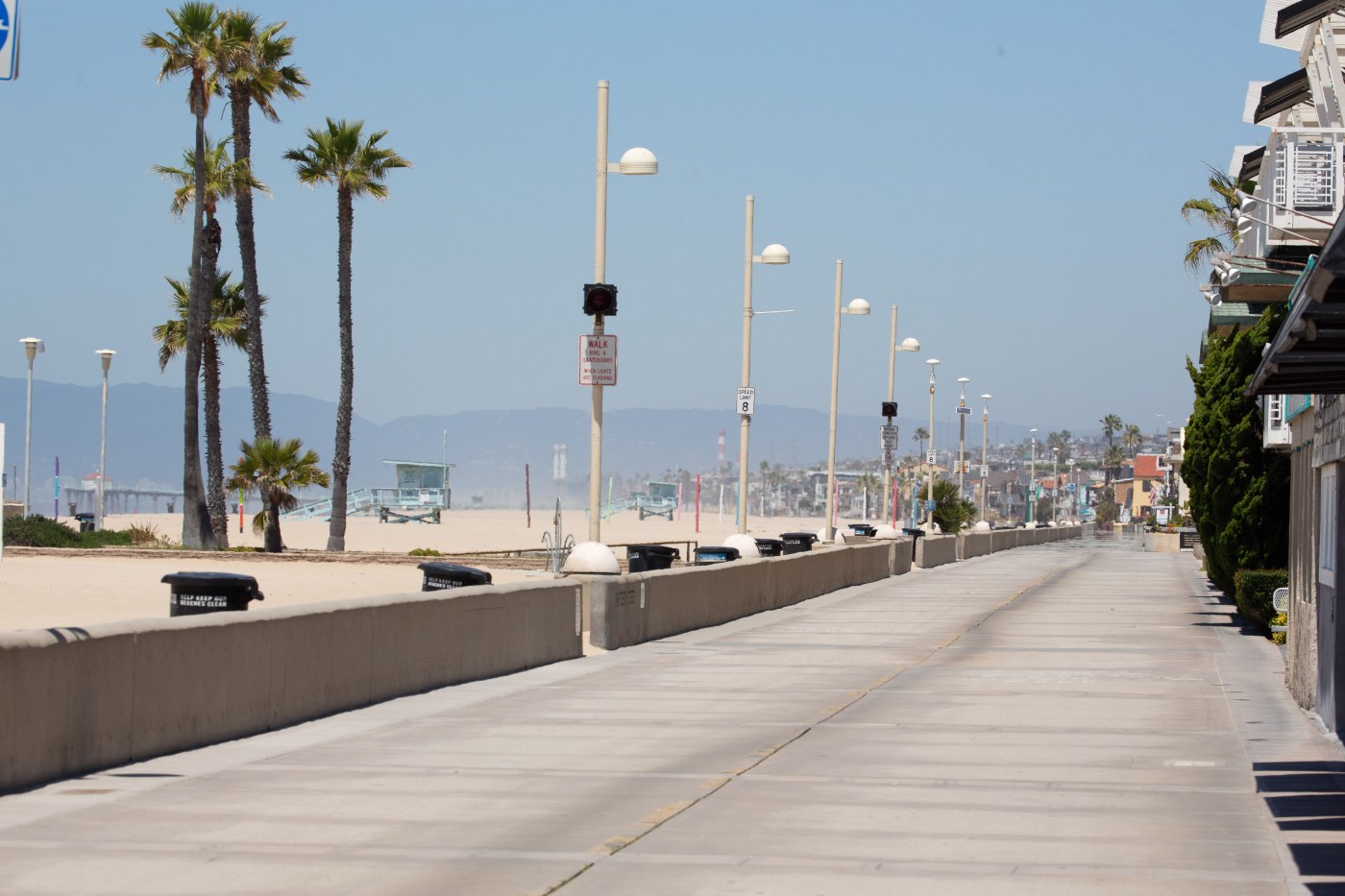 The public officially has access to 22 miles of continuous LA County coastal pathways — just in time for Memorial Day weekend.

Hermosa Beach opened its small portion of the Strand Friday, May 23, the same day the county as a whole announced the opening of its coastal bike paths.

The Hermosa Beach City Council voted to open the 1-mile portion of the pathway during a special meeting earlier this week, though the decision came with some trepidation. Councilmembers expressed worry during the meeting about whether the holiday and the beautiful weather set for this weekend could draw large crowds, potentially hindering the public’s ability to maintain social distancing, a key strategy for stemming the spread of the coronavirus.

Councilmember Justin Massey was the only no vote, with his four colleagues supporting the reopening.

“My concern is that by opening the Strand, we draw a much larger number of people to Hermosa Beach for the weekend,” he said, “which compounds the challenges that our Police Department has in enforcing the social distancing and enforcing the county health official orders.”

Because it serves as both a pedestrian walkway and a bike path, Armato said, keeping the Hermosa Strand closed could cause safety issues when bicycle traffic gets diverted through the city. The Manhattan Beach Strand, in contrast, has a separate walkway and bike path.

“I am concerned about the number of people that are coming into town that would be riding their bikes, potentially with their kids,” Armato said, “and the danger we’re exposing them to, with people frantically driving around town trying to find beach parking.”

The council’s decision came hours after LA County Supervisor Janice Hahn announced on Twitter Thursday that the county’s bike paths were opening, even though officials had not yet amended health orders allowing it. County officials formally announced the opening of bike paths on Friday; Hermosa controls its portion, though, so needed to act separately.

The barriers blocking folks from accessing Hermosa’s portion of the Strand were removed Friday and people were already out enjoying the path, Laura Mecoy, the city’s spokesperson, confirmed via text.

County and city orders still apply to beach use, though. Visitors to the pathways, as well as to beaches countywide, must keep moving, maintain at least 6 feet of distance between them and people not in their household, and wear a face covering when out of the water and around others. Beachgoers, according to the LA County Department of Beaches and Harbors, can run or walk along the shoreline, and swim and surf, but can’t gather in crowds or participate in other beach pastimes, such as volleyball.

Ahead of Memorial Day, LA County eases up on …read more

Government edicts a violation of our freedoms: Letters