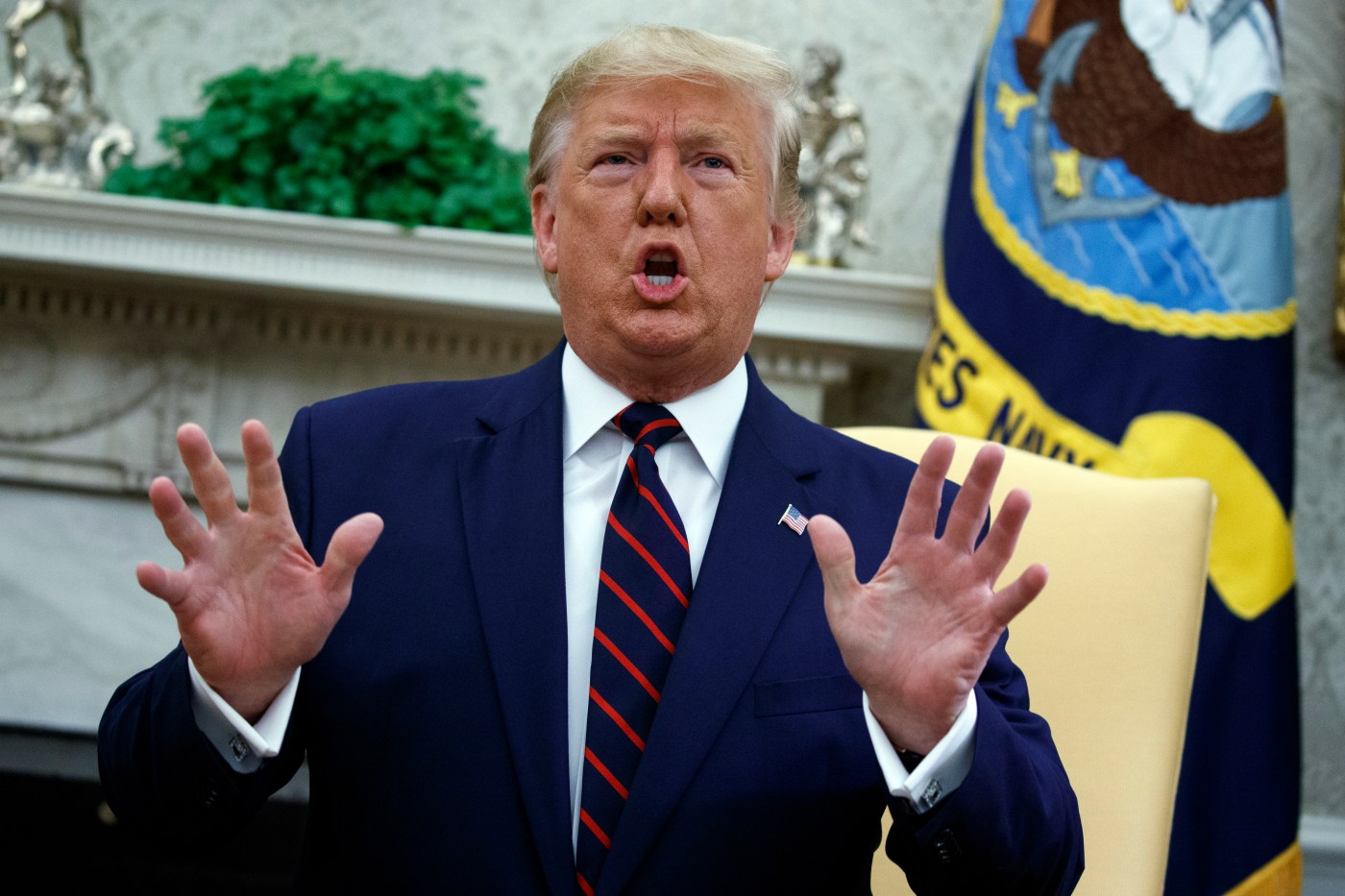 WASHINGTON — President Donald Trump on Friday ignored his attorney general’s public request to stop tweeting about the Justice Department, saying he had the legal right to ask the agency to intervene in a criminal case but so far has “chosen not to.”

Trump’s Friday morning tweet came just hours after Attorney General William Barr said in a striking interview with ABC News that the president’s tweets were making it “impossible for me to do my job,” especially following the department’s bungled handling of the sentencing recommendation for Trump ally and confidant Roger Stone.

Trump, in his tweet, left open the possibility that he would ask Barr for something in a criminal matter in the future.

Barr has already appointed a U.S. attorney who is conducting a criminal investigation into the origins of the FBI’s probe of the 2016 election that morphed into special counsel Robert Mueller’s investigation of possible Trump-Russia cooperation.

The Justice Department is also reviewing the handling of the federal investigation into Trump’s former National Security Adviser Michael Flynn, a person familiar with the matter told The Associated Press on Friday. Flynn has pleaded guilty to lying to the FBI during its probe of ties between the Trump campaign and Russia. The U.S. attorney in St. Louis, Jeff Jensen, is working with Brandon Van Grack, a member of Mueller’s team, to review the Flynn case, a Justice Department official said.

As president, Trump technically has the right to compel the Justice Department to investigate as an executive branch agency. But historically, when it comes to decisions on criminal investigations and prosecutions, Justice has functioned as an independent agency, unmoved and unbound by political sway. And that reputation is important to Barr, as he made clear in the interview.

“I’m happy to say that, in fact, the president has never asked me to do anything in a criminal case,” Barr told ABC. “However, to have public statements and tweets made about the department, about our people … about cases pending in the department, and about judges before whom we have cases, make it impossible for me to do my job and to assure the courts and the prosecutors in the department that we’re doing our work with integrity.”

The attorney general had repeatedly shared the same sentiment in private conversations in recent weeks, telling Trump he was frustrated with the president’s public comments and tweets about Justice Department cases, a person familiar with the matter told the AP. The person was granted anonymity to discuss the private conversations.

Barr was directly asked in the TV interview whether he believed Trump had the authority to direct him to open an investigation.

“Terrorism or fraud by a bank or something like that where he’s concerned about something, he can certainly say I think someone should look into that. That’s perfectly appropriate,” Barr said. “If he were to say, you know, go investigate somebody because — and you sense it’s because …read more

Hundreds flee Idlib as Syrian forces push into the region