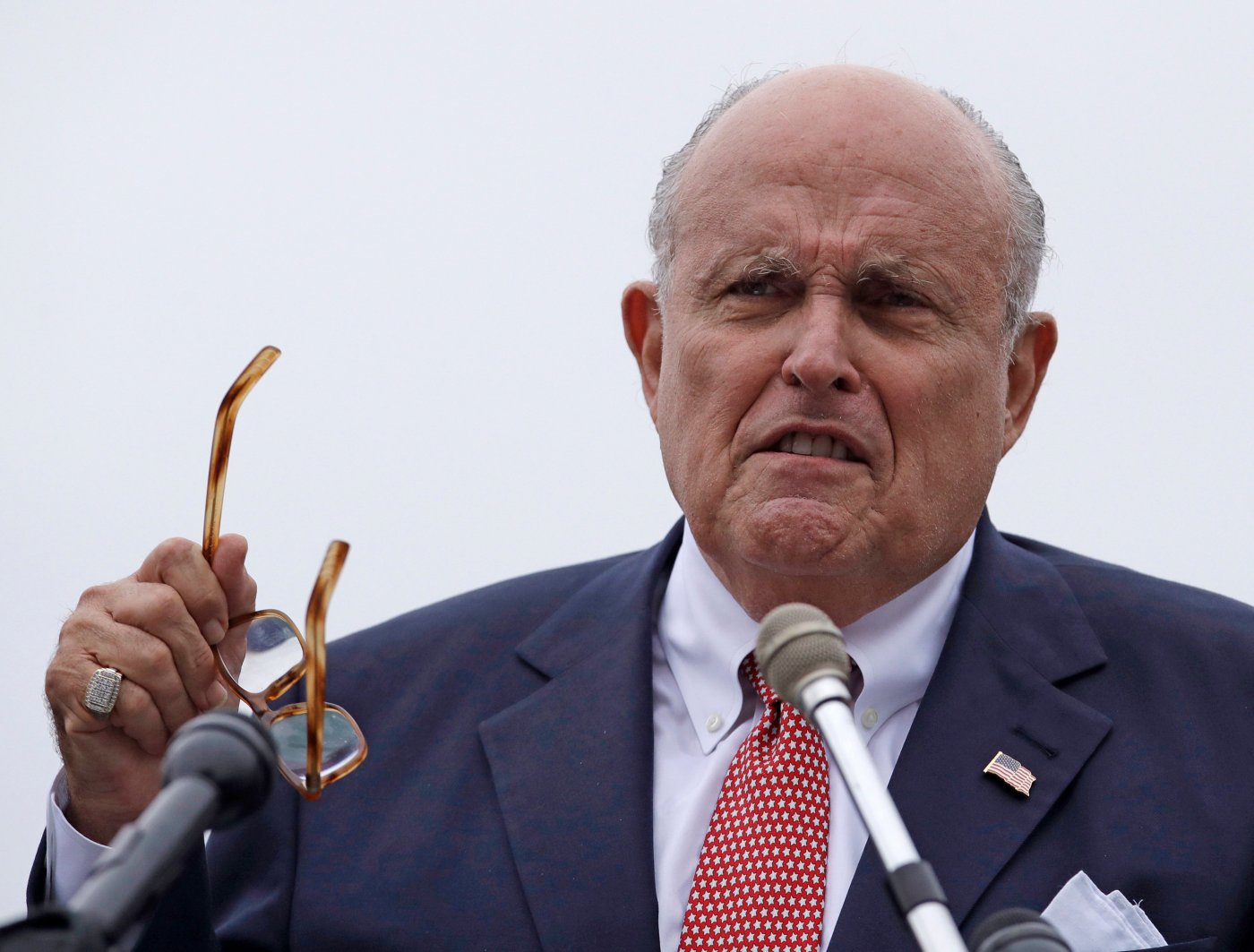 WASHINGTON – U.S. Attorney General William Barr on Monday confirmed that the Justice Department has received information from President Donald Trump’s personal lawyer Rudy Giuliani ahead of the November election, but that anything originating from Ukraine should not be taken “at face value.”

Barr spoke at a news conference a day after Senate Judiciary Committee Chairman Lindsey Graham said on the CBS News program “Face the Nation” that the department had created a process so Giuliani could provide information and the department would see if it could be verified.

Last week, the Senate acquitted Republican Trump largely along party lines on impeachment charges that he had abused his power by asking Ukraine to investigate a political rival, former Vice President Joe Biden, and his son Hunter Biden, who had served on the board of a Ukrainian energy company.

Trump had based his demands on unfounded allegations of corruption. The Democratic-led U.S. House of Representatives said Giuliani, a former prosecutor, sought information about the Bidens in Ukraine.

On Monday, Barr said that the Justice Department has created an “intake process in the field” that will be used to assess the “provenance and credibility” of any information.

“That is true for all information that comes to the department relating to the Ukraine, including anything Mr. Giuliani might provide,” he added.

Although the department acknowledged on Monday it is receiving and scrutinizing such materials, the FBI’s No. 2 official still stopped short of saying whether it had led to a more formal investigation into the Bidens.

House Judiciary Committee Chairman Jerrold Nadler sent a letter to Barr on Monday expressing serious concerns about Justice Department’s arrangement with Giuliani and posing nearly a dozen questions about the process. Nadler, a Democrat, set a Feb. 25 deadline for Barr to respond.

One thing Nadler wants to know is whether the department has initiated any investigations as a result of information from Giuliani.

“Any official relationship between Mr. Giuliani and the department raises serious questions about conflicts of interest – both for the department, generally, and for you, specifically,” wrote Nadler, who pointed out that two Giuliani associates on Ukraine matters, Lev Parnas and Igor Fruman, have been indicted by federal prosecutors in New York.

Graham said he would refrain from his own probe of the Bidens and concentrate instead on the Foreign Intelligence Surveillance Court’s decision to issue warrants that led to a federal investigation into allegations that Trump’s 2016 presidential campaign colluded with Russia to interfere in the election.

Storms wallop the Eastern Seaboard; At least 5 dead in the South

Talk of censuring President Trump dies in the Senate