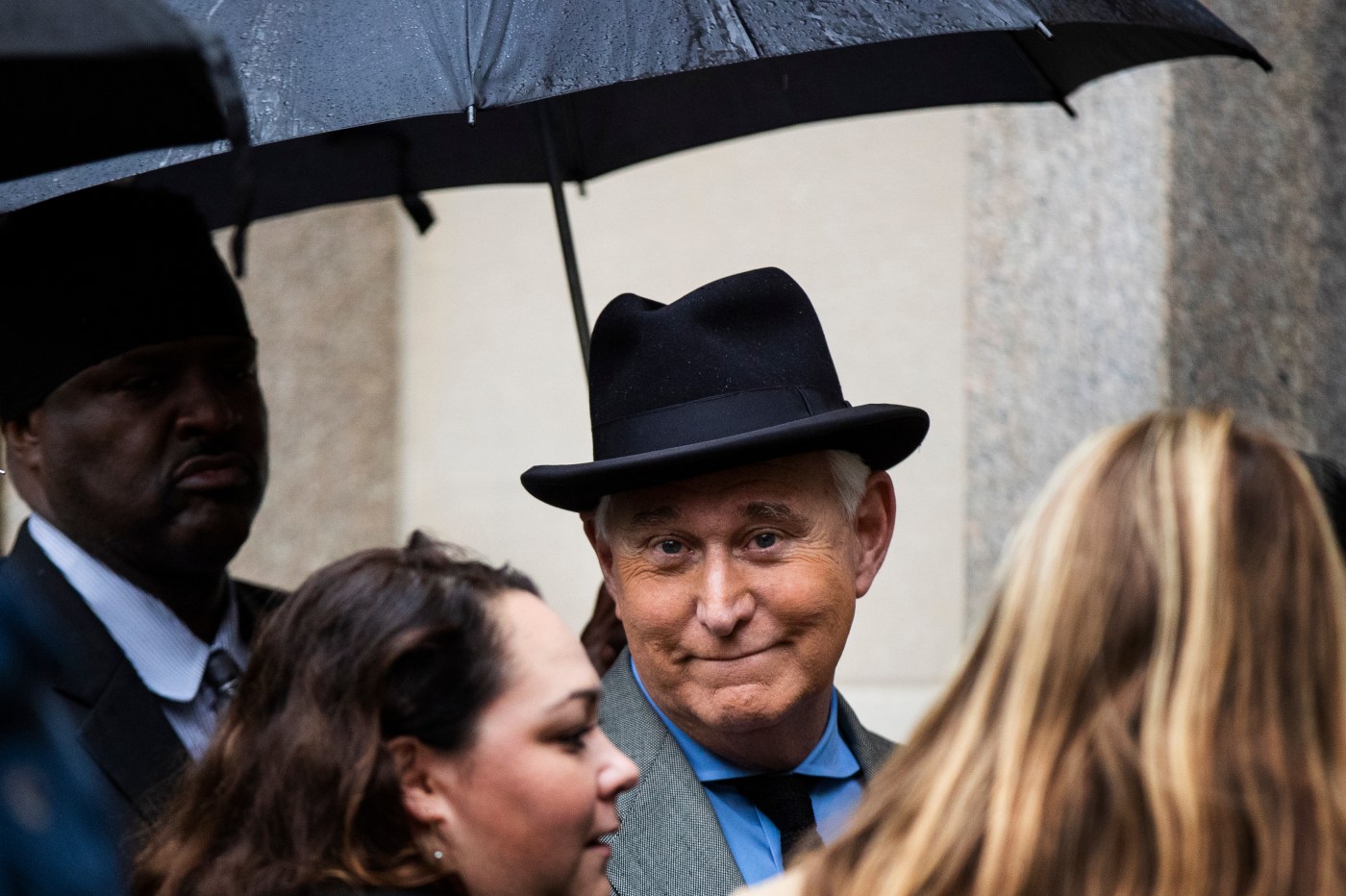 WASHINGTON — The Justice Department will take the extraordinary step of lowering the recommended prison time for Roger Stone, an ally of President Donald Trump, a federal official said Tuesday, just hours after the president condemned the recommended sentence as “very horrible and unfair.”

The official said there was no contact with the White House before the decision was made to lower the sentence recommendation. He spoke to The Associated Press on condition of anonymity to discuss the decision. The person would not say what the new recommendation would be.

On Monday night, prosecutors had recommended Stone serve seven to nine years behind bars after being convicted of charges including lying to Congress, witness tampering and obstructing the House investigation into whether the Trump campaign coordinated with Russia to tip the 2016 election.

In a tweet early Tuesday, Trump said the case against Stone was a “miscarriage of justice.”

It was not immediately clear what prompted the reversal. But it is exceedingly rare, particularly in a high-profile case like Stone’s, for the Justice Department to reverse its own prosecutors on a sentencing recommendation. Normally, United States attorneys have wide latitude to recommend sentences on cases that they prosecuted.

Sentencing decisions are ultimately up to the judge.

The Justice Department plans to refile the recommendation later Tuesday.

Stone was the sixth Trump aide or adviser to be convicted of charges brought as part of special counsel Robert Mueller’s Russia investigation.

Federal prosecutors also recently softened their sentencing position on former national security adviser Michael Flynn, saying that they would not oppose a probation of punishment after initially saying that he deserved up to six months in prison for lying to the FBI. The Flynn prosecution is also being handled by the U.S. Attorney’s office in Washington.

The White House referred questions about the decision to the Justice Department.

In the sentencing memorandum filed Monday evening, prosecutors asked for Stone to serve between 87 and 108 months in federal prison — a sentence they said was in line with federal guidelines. Such a sentence would send a message to deter others who might consider lying or obstructing a congressional probe or tampering with witnesses, they said.

The prosecutors wrote in the court papers that “Stone’s actions were not a one-off mistake in judgement” and that he “decided to double – and triple – down on his criminal conduct by tampering with a witness for months in order to make sure his obstruction would be successful.”

Stone has denied wrongdoing and consistently criticized the case against him as politically motivated. He did not take the stand during his trial and his lawyers did not call any witnesses in his defense.

Witnesses in the case testified that Trump’s campaign viewed Stone as an “access point” to the anti-secrecy site WikiLeaks, which was in possession of more than 19,000 emails hacked from the servers of the Democratic National Committee and tried to use him to get advance word about hacked emails damaging to Hillary Clinton.

Democrats hope for clarity as voting gets under way in N.H.