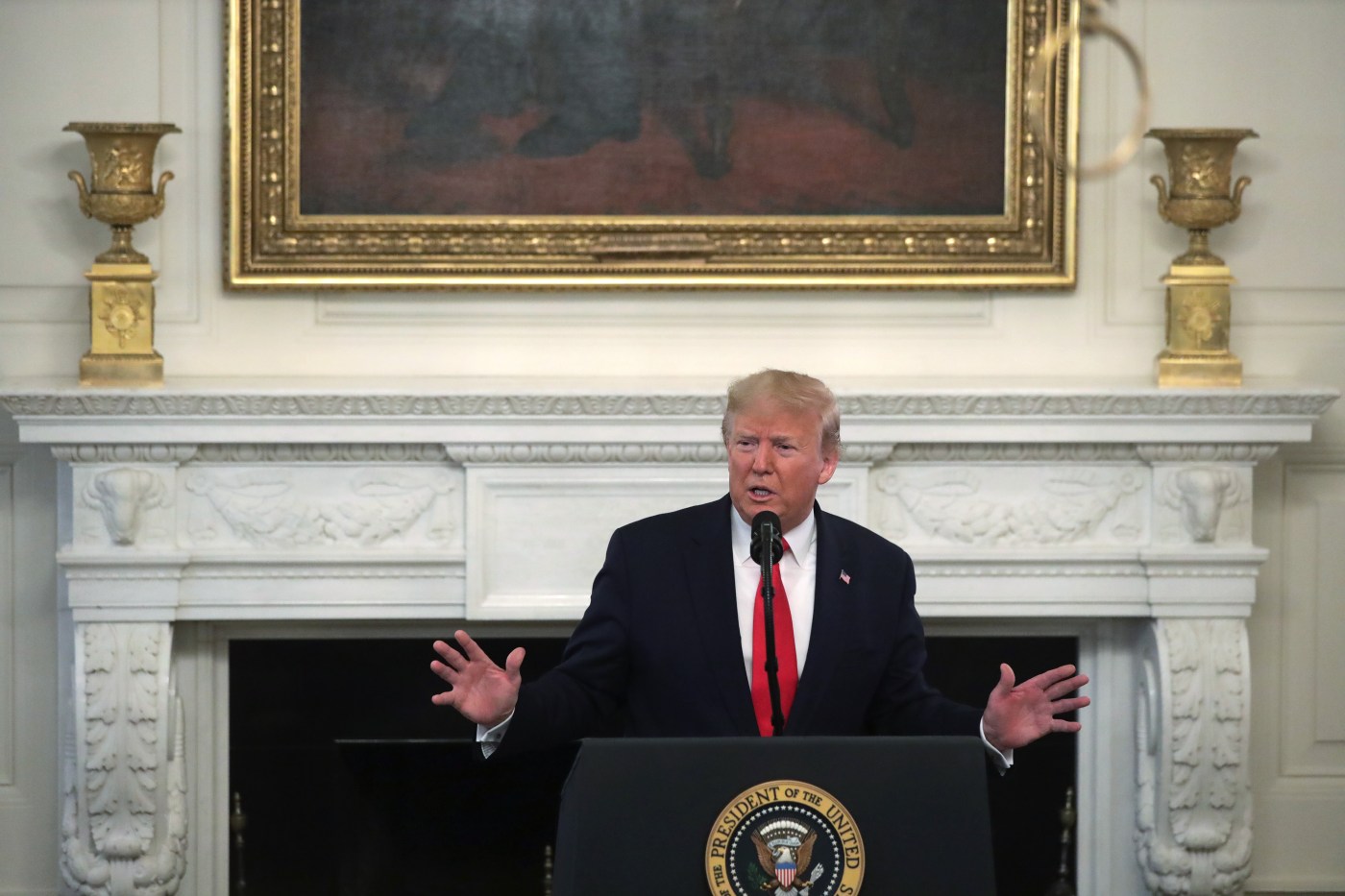 The budget “sets the course for a future of continued American dominance and prosperity,” Trump said in a message accompanying the document.

“There is optimism that was not here before 63 million Americans asked me to work for them and drain the swamp,” Trump said. “For decades, Washington elites told us that Americans had no choice but to accept stagnation, decay, and decline. We proved them wrong. Our economy is strong once more.”

Pelosi said Sunday night that “once again the president is showing just how little he values the good health, financial security and well-being of hard-working American families.”

Trump’s budget follows a familiar formula that exempts seniors from cuts to Medicare and Social Security while targeting benefit safety net programs for the poor, domestic programs like clean energy and student loan subsidies. It again proposes to dramatically slash funding for overseas military operations to save $567 billion over 10 years but adds $1.5 trillion over the same time frame to make his 2017 tax cuts permanent law.

Trump’s proposal would cut $465 billion from Medicare providers such as hospitals, which prompted howls from Democrats such as former Vice President Joe Biden, who said it “eviscerates Medicare,” while top Senate Democrat Chuck Schumer of New York said Trump is planning to “rip away health care from millions of Americans” with cuts to Medicare and the Medicaid health program for the poor.

Trump’s budget would also shred last year’s hard-won budget deal between the White House and Pelosi by imposing an immediate 5% cut to non-defense agency budgets passed by Congress. Slashing cuts to the Environmental Protection Agency and taking $700 billion out of Medicaid over a decade are also nonstarters on Capitol Hill, but both the White House and Democrats are hopeful of progress this spring on prescription drug prices.

The Trump budget is a blueprint written under Washington rules as if he could enact it without congressional approval. It relies on rosy economic projections of 2.8% economic growth this year and 3% over the long term — in addition to fanciful claims of future cuts to domestic programs — to show that it is possible to bend …read more

Apartments for rent in Sunnyvale: What will $2,200 get you?

Travel Troubleshooter: Are we stuck after a down payment on a Palladium Travel Club membership?