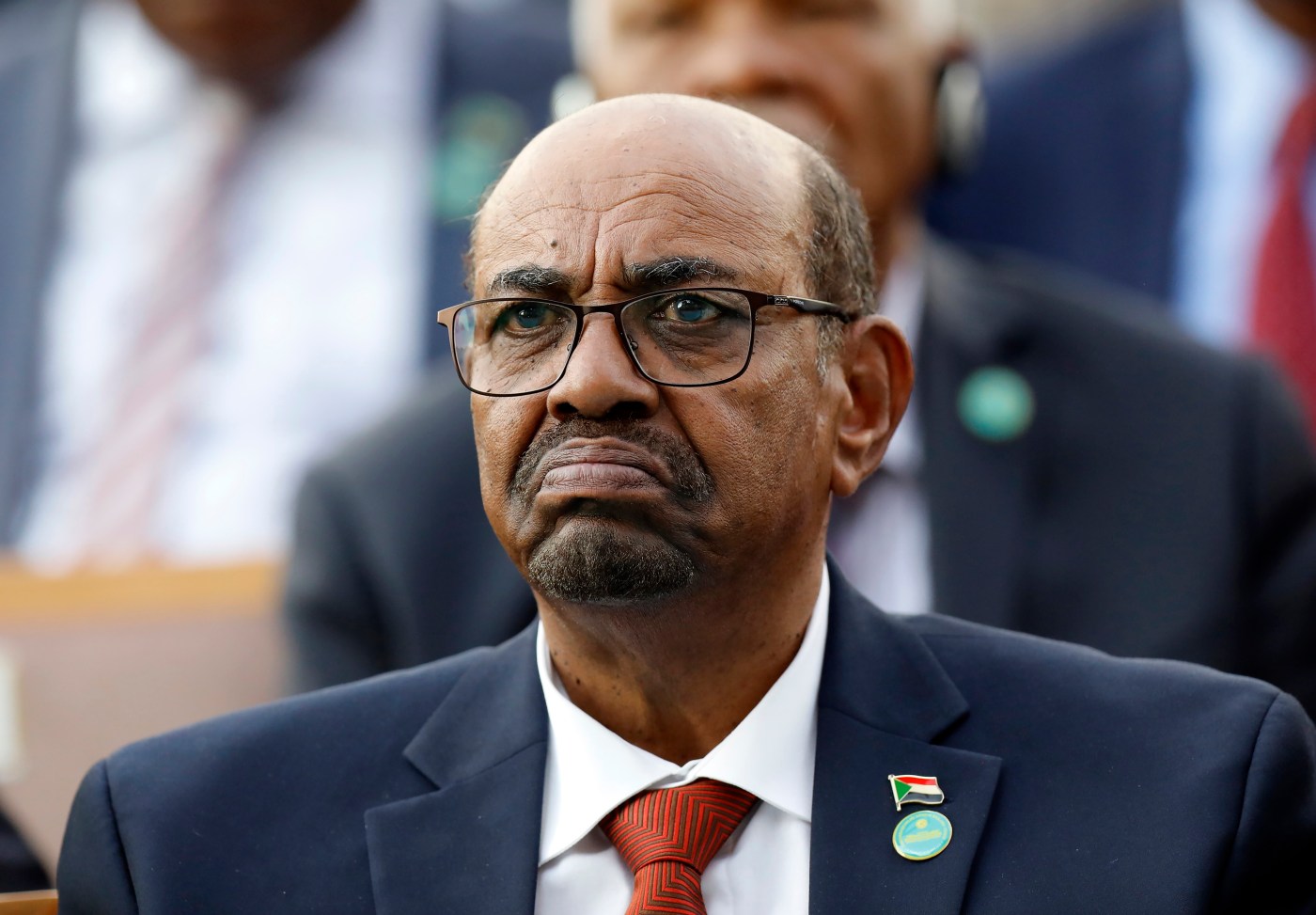 CAIRO — Sudan’s transitional authorities have agreed to hand over ousted autocrat Omar al-Bashir to the International Criminal Court to face trial on charges of war crimes and genocide, a top Sudanese official said Tuesday, in a deal with rebels to surrender all those wanted in connection with the Darfur conflict.

For a decade after his indictment, al-Bashir confounded the court based in The Hague, Netherlands. He not only was out of reach during his 30 years in power in Khartoum, but he also traveled abroad frequently to visit friendly leaders without fear of arrest. He even attended the 2018 World Cup in Russia, where he kicked a soccer ball playfully during an airport welcome ceremony and watched matches from luxury seating.

The military overthrew al-Bashir in April 2019 amid massive public protests of his rule, and he has been jailed in Khartoum since then. Military leaders initially ruled out surrendering him to The Hague, saying he would be tried at home.

But the joint military-civilian Sovereign Council that has ruled Sudan since last summer has agreed with rebel groups in Darfur to hand over those wanted by the ICC to face justice in The Hague, according to Mohammed Hassan al-Taishi, a member of the council and a government negotiator.

He didn’t mention al-Bashir by name, but said, “We agreed that everyone who had arrest warrants issued against them will appear before the ICC. I’m saying it very clearly.”

He did not say when they would be handed over.

“We can only achieve justice if we heal the wounds with justice itself,” he said. “We cannot escape from confronting that.”

He spoke at a news conference in South Sudan’s capital, Juba, where the government and multiple rebel groups are holding talks to end the country’s various civil wars, including Darfur.

In the Darfur conflict, rebels from the territory’s ethnic central and sub-Saharan African community launched an insurgency in 2003, complaining of oppression by the Arab-dominated government in Khartoum.

The government responded with a scorched-earth assault of aerial bombings and unleashed militias known as the Janjaweed, who are accused of mass killings and rapes. Up to 300,000 people were killed and 2.7 million were driven from their homes.

Al-Bashir, 76, faces three counts of genocide, five counts of crimes against humanity and two counts of war crimes for his alleged role in leading the deadly crackdown. The indictments were issued in 2009 and 2010, marking the first time the global court had charged a suspect with genocide.

The ICC has indicted two other senior figures in his regime: Abdel-Rahim Muhammad Hussein, interior and defense minister during much of the conflict, and Ahmed Haroun, a senior security chief at the time and later the leader of al-Bashir’s ruling party. Both have been under arrest in Khartoum since al-Bashir’s fall. Also indicted were Janjaweed leader Ali Kushayb and a senior Darfur rebel leader, Abdullah Banda, whose whereabouts are not known.

Ask Amy: She texted hearts to my husband, and he won’t address it

CDC: 105 children in the US have died from flu this season