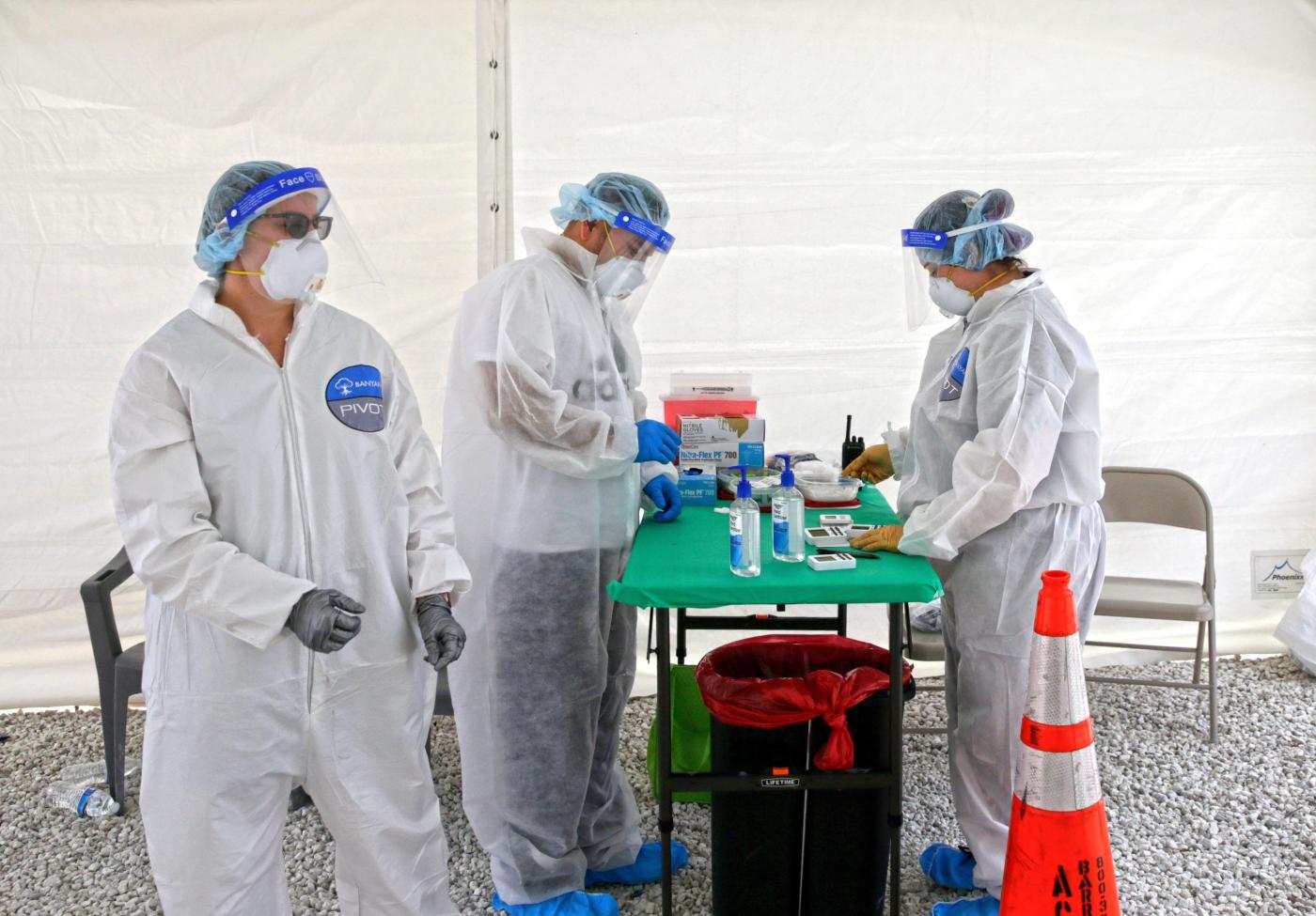 TALLAHASSEE, Fla. — The woman who raised questions about Florida’s COVID-19 data after being ousted as the data’s curator had been reprimanded several times and ultimately fired for violating Health Department policy by making public remarks about the information, state records show.

Rebekah Jones’ comments over the past week and a half in emails to researchers, interviews with a handful of media outlets and blog posts have sought to sow doubt about the credibility of the data now that she is no longer in that role.

State health officials strenuously deny any issue with the information’s accuracy as Gov. Ron DeSantis seeks to make a data-driven case for a step-by-step reopening of the state’s battered economy following safer-at-home orders. The Republican governor lashed out at a news conference earlier this week saying Jones had a pattern of “insubordination” and should have been fired months ago.

Jones has not alleged any tampering with data on deaths, hospital symptom surveillance, hospitalizations for COVID-19, numbers of new confirmed cases, or overall testing rates — core elements of any assessment of the outbreak and of federal criteria for reopening. And Jones acknowledges Florida has been relatively transparent — for which she herself claims some credit — and relatively successful in controlling the pandemic.

She has, however, suggested Health Department managers wanted her to manipulate information to paint a rosier picture and that she pushed back. In an interview late Friday on CNN she finally cited some detail, after several days of vague statements.

This was not a behind-the-scenes change. DeSantis announced it at an April 24 news conference, arguing it was the better figure for assessing trends in testing and control of the outbreak.

Jones also said she opposed how health officials decided to exempt rural counties below 75,000 population from more stringent criteria for reopening — such as showing a downward trajectory of new cases or case positivity in the past 14 days. However, federal guidelines allow states to compute criteria at the state level or to tailor a regional approach that takes into account the severity of outbreak in regions. Florida’s small rural counties have had fewer cases and deaths — 21 of them have had no deaths. In such counties, a favorable 14-day trend could easily be upended by a small — but containable — spike in cases.

In the CNN interview, Jones was asked whether she was removed because of an attitude problem.

“Somewhat, yes, if refusing to mislead the public during a health crisis is insubordination then I will wear that badge with honor,” Jones answered.