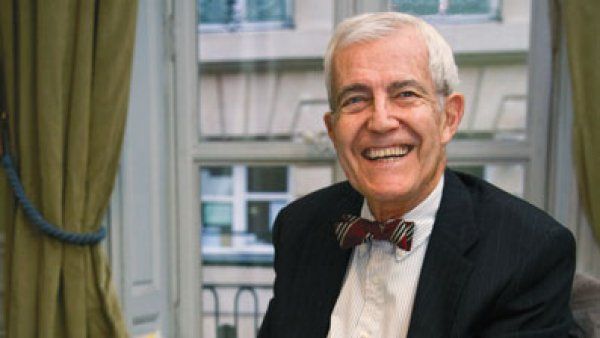 Dr. John F. Murray, retired former Chief of Pulmonary and Critical Care at San Francisco General Hospital, died at his home at the age of 92. The UC San Francisco School of Medicine, where he served as Professor of Medicine emeritus, on Wednesday confirmed Murray’s death with a remembrance on its website.

Dr. Murray died of ARDS, which was brought on by COVID-19, the novel coronavirus that has killed nearly more than 1,000 people in France as well as in the United States and four other countries. The coronavirus targets the lungs and can cause severe respiratory issues and in some cases, can lead to ARDS.

Dr. Murray served as the Chief of Pulmonology from 1966-1989 at San Francisco General Hospital and also worked as the chief of the hospital’s medical staff.

The graduate of Stanford University and Stanford Medical School also conducted a successful research program focused on the pathogenesis and treatment of acute lung injury/ARDS.

“I have long admired Dr. Murray. He had an enormous influence on the careers of many young physicians, very much including my own,” said Talmadge E. King, Jr., dean of the UCSF School of Medicine in a statement. “I admired his keen intellect, amazing skill as a professor of medicine, and his unique ability to present (in his writings and public presentations) difficult topics in a clear and concise manner.”

After his retirement, Dr. Murray spent time in Paris but returned to the United States annually during the summer to serve as an attending physician in the MICU and teach future physicians at UCSF. Aside from diagnosing ARDS, Dr. Murray is also credited with making significant contributions to the fields of tuberculosis and HIV/AIDS.Related Articles

Photos: Using humor and ingenuity to deal with coronavirus

Coronavirus: Celebrities are working from home — just like us

At UCSF, Dr. Murray founded the intensive care unit and established a national model for the division still used today.

Need money during coronavirus pandemic? How to avoid loan sharks and debt traps