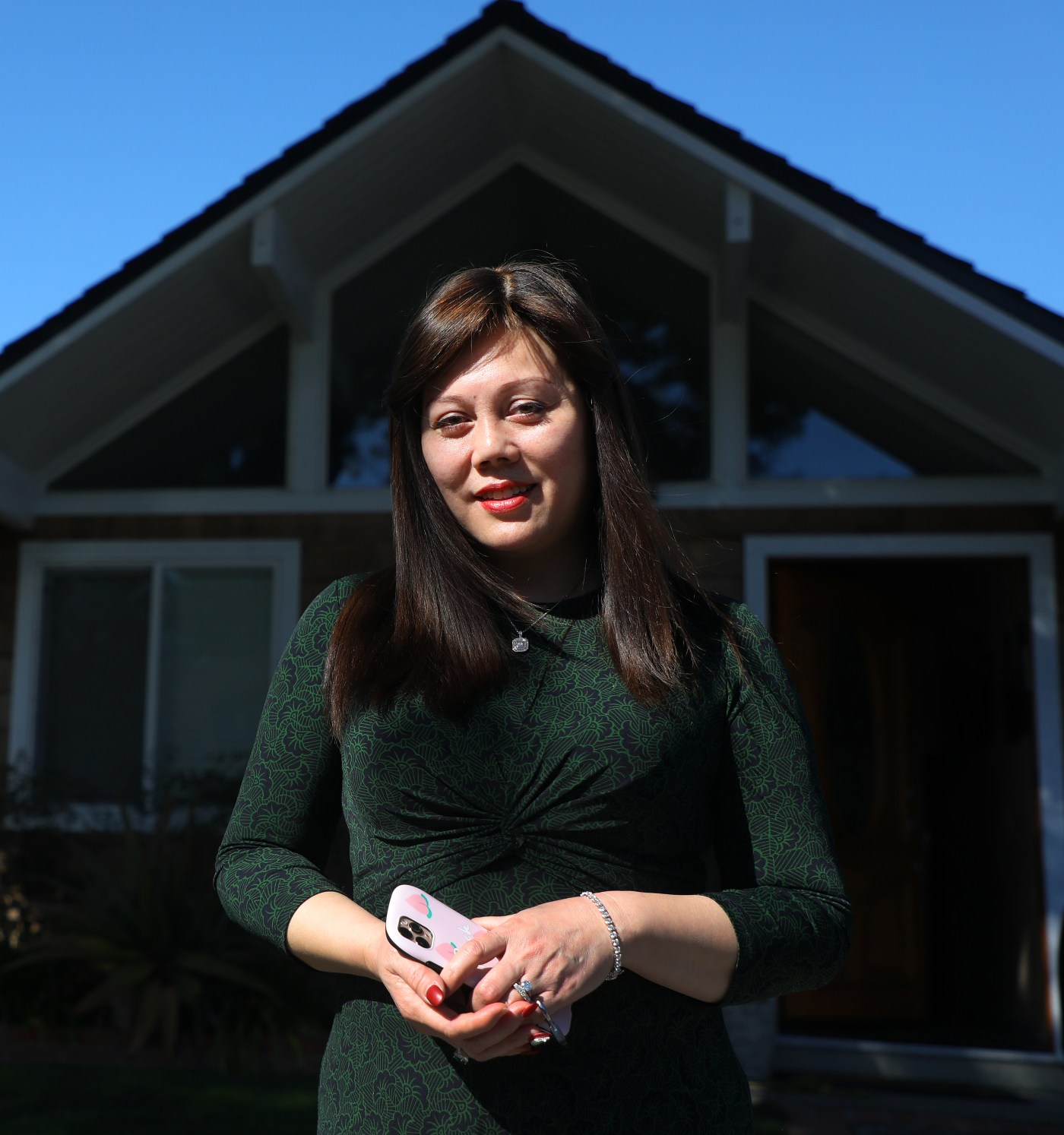 The coronavirus that is sweeping China is terrible.

But just imagine being 15 years old and captive in a Riverside hotel with your mother for 14 days — with no WiFi, TV, books, films or friends.

Newly released from quarantine at Riverside’s March Air Reserve Base after evacuating Wuhan, Esther and Chaya Tebeka have survived not just the outbreak, but the fraught experience of mother-daughter togetherness, arriving home in Palo Alto on Tuesday night profoundly grateful for their good fortunes. And each other.

“It was tough,” said Esther. “She’s a really good girl, but she was going nuts from boredom. And now I really know what it means to be a teenager.”

“And she always knows just what to do,” she said. “I am really grateful for everything she did.”

Even in the best and most loving of times, families can feel impossibly claustrophobic. Teens are irritable and exasperated. Parents are annoying and embarrassing.

But for Esther and Chaya, a tiny virus changed all that.

They had gone to Wuhan to visit Esther’s parents during the winter holiday. Esther was born in Wuhan — a vibrant and culturally rich place that she deeply loves – but moved to the U.S. after converting to orthodox Judaism. A former broadcast journalist, she now owns and operates the traditional Chinese medicine clinic Tiferes Medical Group in Palo Alto.

Gradually at first, then more frequently, they noticed face masks on city streets. It was mysterious; there was no official information. But to be safe, they donned their own masks and stopped going to public gatherings.

Then, suddenly, came terrifying news: The city was on lockdown. No one could leave. Their reservations home on a China Southern airlines flight were worthless.

“I feared for my daughter’s life,” said Esther. “Not that it might be affected by the virus. But that people might die in their houses. If it got worse, there could be rioting. Chaos. She doesn’t speak much Chinese. Yes, it was dangerous for me. But it was more dangerous for her.”

Esther repeatedly called and emailed the embassy, consulates and a rabbi in Beijing. She also registered their information on a government website.

“It was nonstop. I’d get voicemail, I’d get a busy signal, but I never gave up,” she said. “I stayed online, checking all the time.”

“It was really hard watching her struggle to do that. It was really emotional,” she said. She paused. “She’d cry. It was a very very stressful experience.

“It’s awful seeing your mother go through that — without having anything you can do to help,” she said.

Their luck changed with one email from U.S. officials.

For the 1,000 Americans stuck in Wuhan, there were 230 available seats on one outbound flight, it said. Esther instantly committed to it, agreeing to buy two $1,100 seats and submit to medical exams and a quarantine.

They were …read more

The coronavirus may be ‘Disease X’ health experts warned about