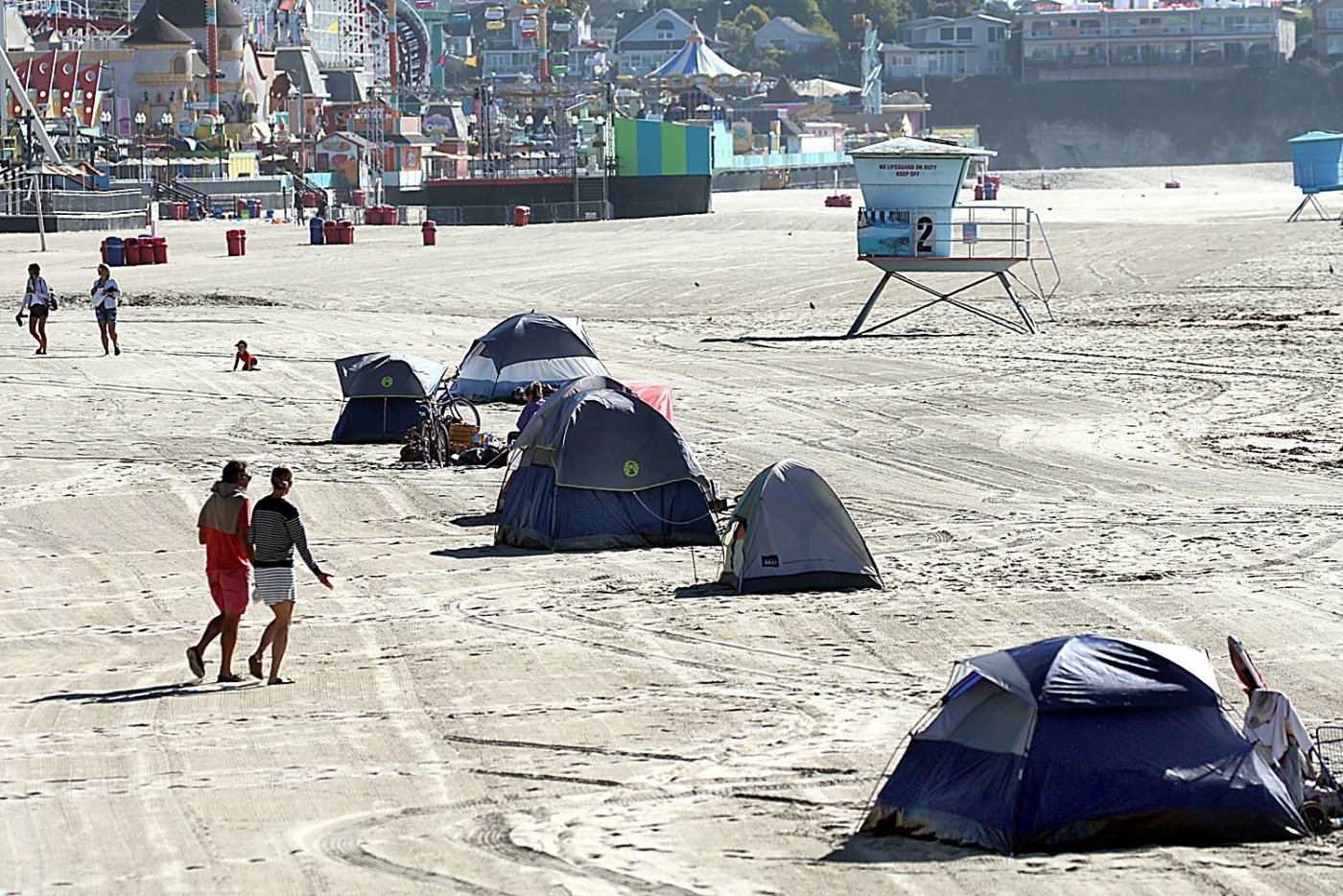 SCOTTS VALLEY — Overnight curfews set on Santa Cruz’s popular Main and Cowell beaches have been given formal approval for the coming five years by a state coastal oversight agency.

The California Coastal Commission, in the first of its three-day block of meetings at a Scotts Valley hotel, voted 7-4 last week to approve the city’s Beach Management Plan update. The item drew lengthy public comment from the audience, leading some commissioners to voice concerns about approving the curfew piece of the update due to concerns related to “environmental justice” issues. Earlier, the commission had sent the project back to the city to conduct further public outreach before it was decided at the state level.

“To date, the key area of controversy associated with the curfew has not been in terms of public recreational access, per se, but rather in terms of the effect of the curfew on unsheltered individuals, who have in the past sometimes looked to the sandy beach area in Santa Cruz for a place to sleep at night,” Coastal Commission Central Coast supervisor Ryan Moroney said.

Commissioner Roberto Uranga said he was surprised to hear that the commission had classified unsheltered individuals as a protected “environmental justice” group. Commission Regional Coordinator Dan Carl said grappling with that question was among the core questions explored for Santa Cruz’s permit application, and that it was decided that those with lower income should not be denied beach access.

Commissioner Sara Aminzadeh, who later voted to approve the permit, said planned police use of the curfew as an excuse to approach those on the beach to seek other infractions felt like a version of the infamous New York City “stop and frisk” policy, while Commissioner Zahirah Mann noted that “safety concerns” are often used to sometimes exclude different populations. Commissioner Erik Howell, who was among those voted against giving the city its permit, said curfews should be set in a way that is the least restrictive way possible.

“When you’re locking up bathrooms, sometimes there’s going to be problems on the beach,” Howell said. Related Articles

Opinion: How big data can help the homeless

Who should get homelessness funding? Bay Area mayors, state in tug-of-war

When it comes to the homeless, the Bay Area’s compassion has a limit

Coronavirus: In Berlin, the (socially distant) party goes on

Coronavirus stimulus: When will checks come? This and other FAQs on $2.2 trillion relief package

Ask Amy: My boyfriend thinks coronavirus is a joke