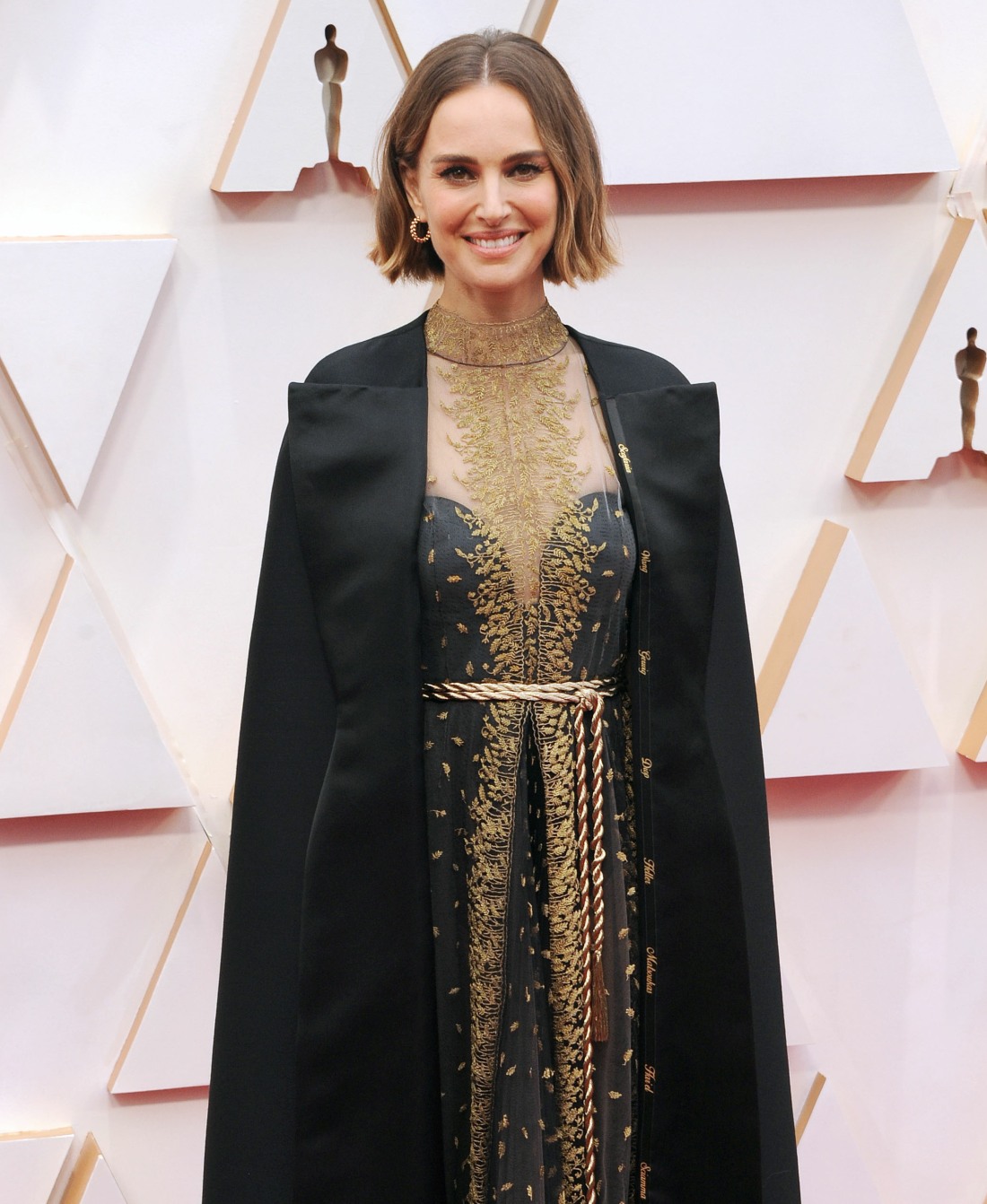 Natalie Portman wore this Prada ensemble to the Oscars. I loooooved it the night of the Oscars, and on Monday, I called it “badass” and “righteous.” Why was in love with a kind of basic black and gold gown with a black cape? It’s because Portman had Prada embroider the names of all of the snubbed female directors (in gold) on the edge of the cape. She then used her red carpet interviews to point out the names and to make a point about how “Best Director” is still a huge f–king boys club. This was not the first time she’s made this point – she famously did the “here are the all-male nominees” when presenting at the Golden Globes last year too. It’s become one of her issues, the fact that women directors are doing the thing and they aren’t being recognized for it.

Clearly, I had no problem with what Portman has said and done on this issue. She’s not my favorite person in the world and I have criticized her in the past for many things (she still didn’t deserve that Oscar and her campaign was made of lies, I said what I said), but on this, I love what she’s doing. I saw the comments on Twitter and here on this site that she had no place bringing up the lack of recognition for female directors because… something something, she has not worked with enough female directors in her career. Natalie is herself a female director and a producer, so what is the threshold for that again? And why would we hold Natalie to a different standard than 99.99% of all other actors who have worked with mostly male directors throughout their career? When we say that directing is a boys club, it’s no f–king joke. It’s crazy hard for women to get directing gigs and it’s harder still for women to pull together financing for a project they want to shepherd and direct themselves.

So, there were feelings about and against Natalie’s excellent cape stunt. Rose McGowan decided to… like, write a long-ass screed against Natalie because I guess in Rose’s mind, Natalie was sitting there, calling herself a hero for wearing the cape. I’m not even going to excerpt what Rose said, it’s so asinine and no one appointed her the feminist gatekeeper to jacksh-t. Natalie heard about it though, and she issued a statement in response to Rose:

“I agree with Ms. McGowan that it is inaccurate to call me ‘brave’ for wearing a garment with women’s names on it. Brave is a term I more strongly associate with actions like those of the women who have been testifying against Harvey Weinstein the last few weeks, under incredible pressure.”

“The past few years have seen a blossoming of directing opportunities for women due to the collective efforts of many people who have been calling out the system,” Portman …read more

Ben Affleck opens up to the NYT: ‘The biggest regret of my life is this divorce’