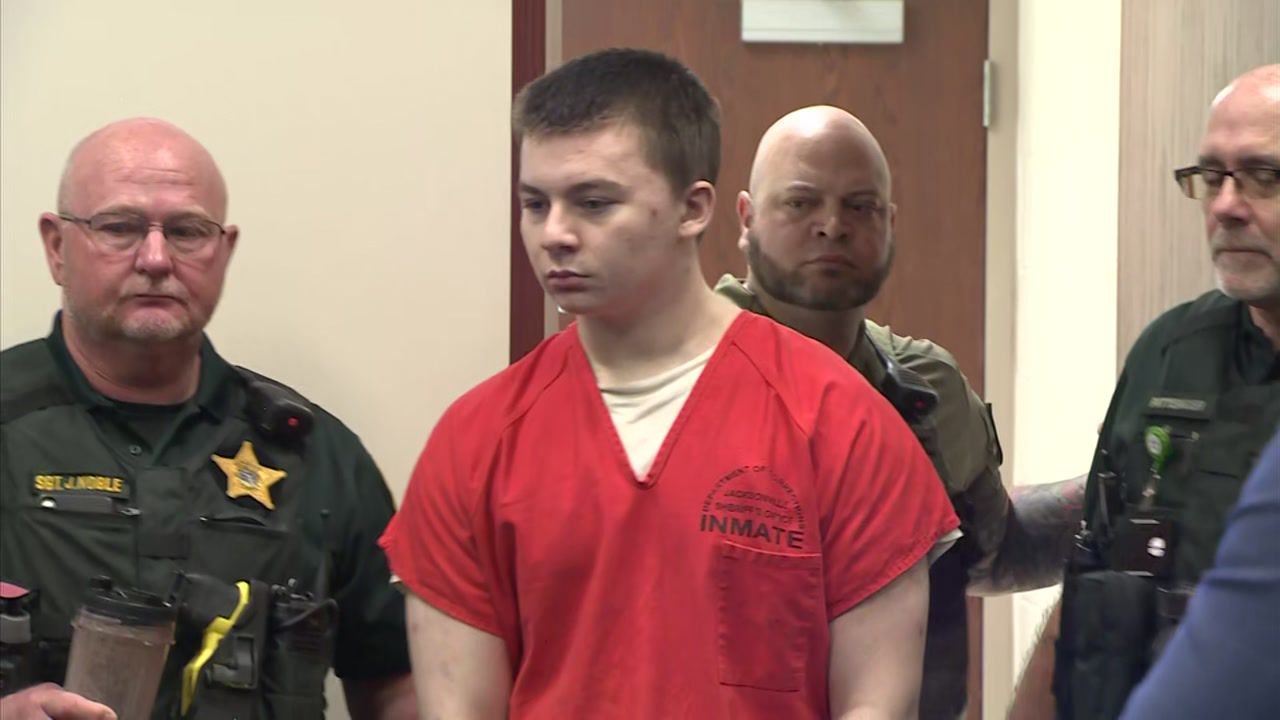 The St. Johns County Sheriff’s Office is responding to Aiden Fucci’s request to be removed from the Duval County jail.

Defense attorneys for Fucci, who is accused of killing his classmate 13-year-old Tristyn Bailey, filed a motion Friday requesting the court transfer pre-trial custody of their client.

Fucci is charged with first-degree murder in the death of Bailey, his schoolmate. She was found stabbed to death on Mother’s Day last year.

In a motion filed by St. Johns County Sheriff Robert Hardwick’s attorneys Wednesday, Hardwick does not want the teen to change jails.

Fucci’s attorneys, however, are requesting less restrictive confinement while he awaits trial.

Fucci is currently housed in the Duval County jail because the St. John’s County jail does not have a juvenile wing. His attorneys argue that Fucci has been enduring psychological punishment by being held in what the court document called a “form of solitary confinement” for over 400 days.

In the motion, Sheriff Robert Hardwick basically said Fucci does not get to pick what jail to be held at, and he lost these rights when he was charged with first-degree murder.

Hardwick’s attorneys argue that the transfer would violate the “separation of powers” doctrine that recognizes the three separate branches of government, each with its own powers and responsibilities.

The documents state operation of the county jail is within the realm of the executive and legislative branches of government, not the judicial branch.

Hardwick also argues that Fucci is not entitled by law to pick the facility where he’s housed or his classification.

Court documents reveal the teen is currently classified as a convicted felon, and this classification remains with the defendant regardless of the facility.

A judge will ultimately decide what happens with the motion.

Bailey’s family wrote on Facebook this Thanksgiving, saying in part:

“It is so very difficult to celebrate a day focused on thankfulness with family gathered around when we’re still devastated our baby is not here. While our hearts are hurting at not having everyone together, we choose to focus on being so incredibly thankful for the love we’ve seen and those feeding the good wolf.”

From prisoner to PM, Malaysia’s Anwar had long ride to top