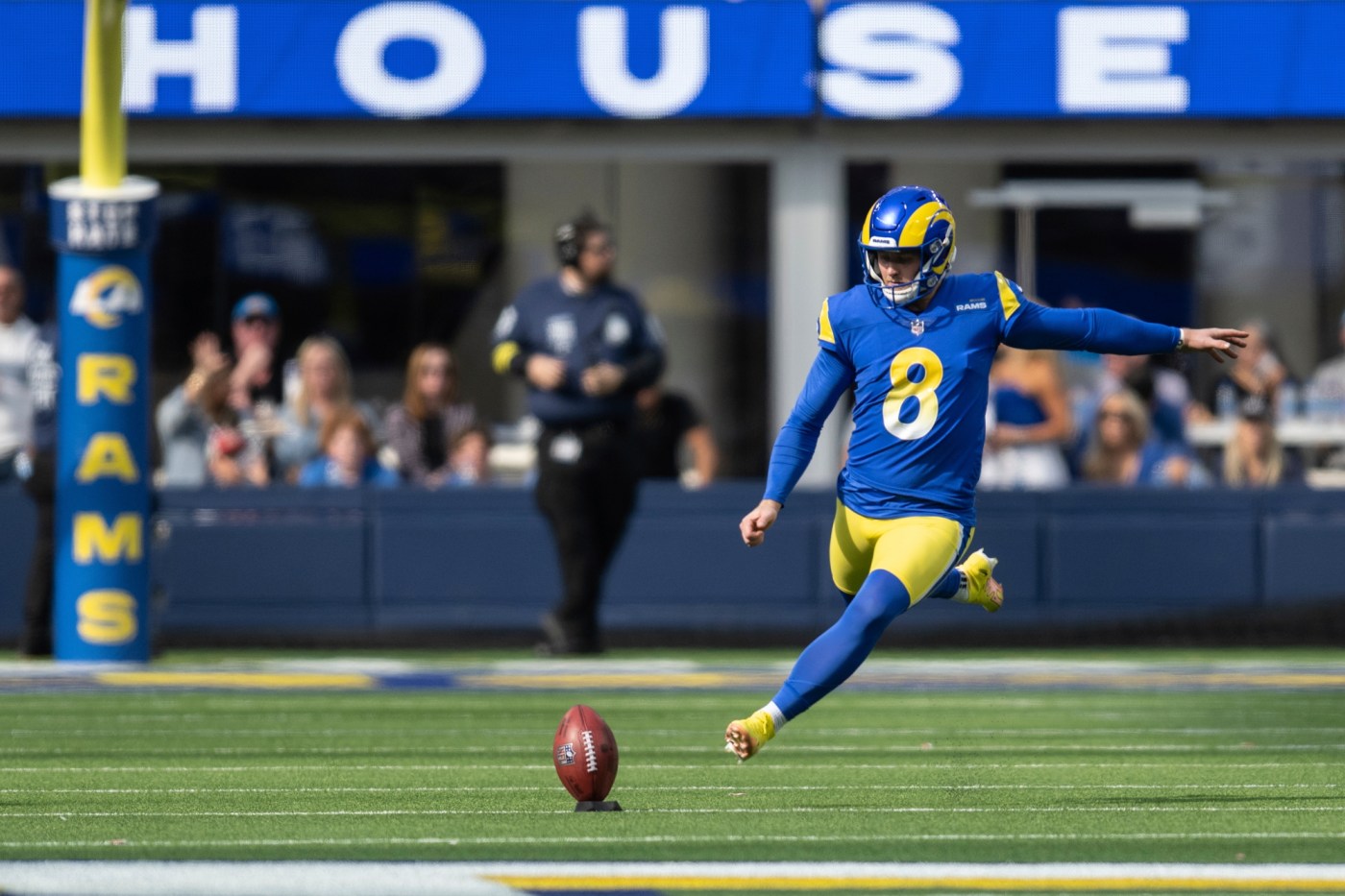 THOUSAND OAKS — Rams kicker Matt Gay will likely rush into the locker room after practice Friday afternoon and request to have the TVs on the United States Men’s National Team’s World Cup match against England.

Gay has a rooting interest for the Group B match as an American, former soccer standout and as a husband. Gay’s wife, Millie, and her family hail from the United Kingdom.

The Pro Bowl kicker will probably miss the first half of USMNT’s second match from Qatar because of practice, but he’s expecting a lively family group text to provide him with updates.

“They’re going to get rowdy for England,” said Matt Gay, who played soccer at Utah Valley University for two seasons before transferring to the University of Utah. “That game is going to be big. … They’ll be talking some smack. I’ll hold it down for the Americans.”

The World Cup is often played every four years in the summer, but this is one of the rare times that it overlaps with the NFL regular season.

Rams wide receiver Jacob Harris also plans on watching the U.S.A. versus England match from the locker room. Harris’ first sport was soccer and received a few Division-I scholarships before choosing to play football as a walk-on at Western Kentucky and later transferring to the University of Central Florida.

The 6-foot-9 Harris was primarily a forward and played soccer competitively through high school after picking up the sport at age 8.

“That helped me transition,” said Harris, who first started playing football at 17. “The footwork is completely different from soccer to football, but being able to pick up your feet, put it down quickly, change of direction. All that translated and just doing it in a different way.”

Harris will be rooting for his fellow Americans, but he also wants to see Brazil do well because Neymar is his favorite player. Harris doesn’t watch as much soccer as Gay, but neither is planning on waking up in the wee hours to watch the early World Cup matches, especially not during the football season.

Gay, however, has done his research on the USMNT roster and he’s expecting Christian Pulisic, Josh Sargent and Kellyn Acosta to have productive performances in the World Cup. Gay played on the same U-17 national team as Acosta, the midfielder for LAFC.

Gay said he wants to see England do well for his wife and in-laws, but just not on Friday afternoon against the Stars and Stripes.