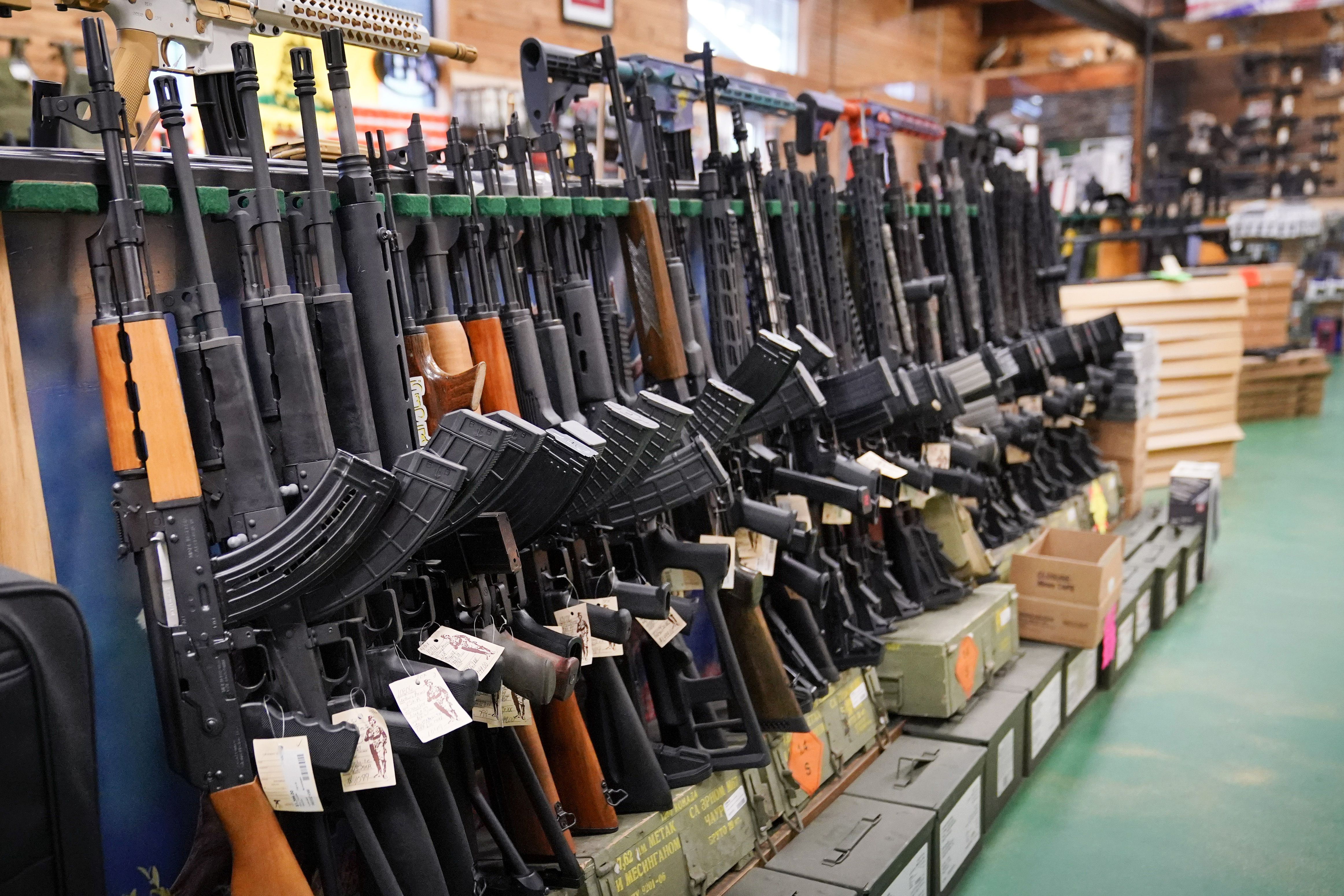 When President Joe Biden speaks about the “scourge” of gun violence, his go-to answer is to zero in on assault weapons.

America has heard it hundreds of times, including this week after shootings in Colorado and Virginia: The president wants to sign into law a ban on high-powered guns that have the capacity to kill many people very quickly.

“The idea we still allow semi-automatic weapons to be purchased is sick. Just sick,” Biden said on Thanksgiving Day.

After the mass killing last Saturday at a gay nightclub in Colorado Springs, he said in a statement: “When will we decide we’ve had enough? … We need to enact an assault weapons ban to get weapons of war off America’s streets.”

Such a move is still far off in a closely divided Congress. But Biden and the Democrats have become increasingly emboldened in pushing for stronger gun controls — and doing so with no clear electoral consequences.

The Democratic-led House passed legislation in July to revive a 1990s-era ban on assault weapons, with Biden’s vocal support. And the president pushed the weapons ban nearly everywhere that he campaigned this year.

Still, in the midterm elections, Democrats kept control of the Senate and Republicans were only able to claim the slimmest House majority in two decades.

The tough talk on guns follows passage in June of a landmark bipartisan bill on guns, and it reflects steady progress that gun control advocates have been making in recent years.

“I think the American public has been waiting for this message,” said Sen. Chris Murphy, D-Conn., who has been the Senate’s leading advocate for stronger gun control since the massacre of 20 children at a school in Newtown, Connecticut in 2012. “There has been a thirst from voters, especially swing voters, young voters, parents, to hear candidates talk about gun violence, and I think Democrats are finally sort of catching up with where the public has been.”

Just over half of voters want to see nationwide gun policy made more strict, according to VoteCast, an extensive survey of more than 94,000 voters nationwide conducted for The Associated Press by NORC at the University of Chicago. About 3 in 10 want gun policy kept as is. Only 14% prefer looser gun laws.

There are clear partisan divides. About 9 in 10 Democrats want stricter gun laws, compared with about 3 in 10 Republicans. About half of Republicans want gun laws left as they are and only one-quarter want to see gun laws be made less strict.

When politicians talk about assault weapons, they usually mean semi-automatic rifles that can fire 30 rounds fast without reloading. By comparison, most New York Police Department officers carry a semi-automatic handgun that shoots 15 rounds.

Once banned in the United States, the high-powered firearms are now the weapon of choice among young men responsible for many of the most devastating mass shootings. Congress allowed the restrictions first put in place in 1994 on the manufacture …read more

$740M in crypto assets recovered in FTX bankruptcy so far