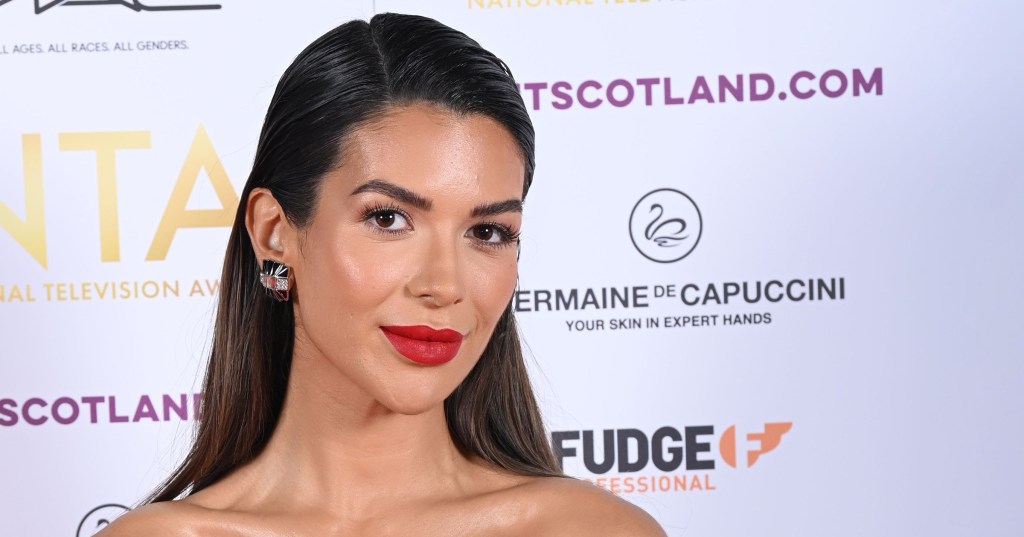 Ekin-Su Cülcüloğlu suffered a grim Dancing On Ice injury as she prepares for the new series.

The Love Island star is taking part in the 2023 series of ITV’s celebrity figure skating competition, and she’s been working hard with pro skater Brendyn Hatfield to make sure she’s ready for the ice.

It sounds like it’s a case of no pain, no gain for Ekin-Su though, as she’s dealt with bruises and a very painful sounding injury during training.

‘It’s gone now but there was a bruise. I’ve lost a toe [nail], but anyway! It’s fine. It went backwards, but its great. That is gonna explain how may training is going,’ she joked on Friday’s episode of Good Morning Britain.

Despite the injuries, the 28-year-old reality star is loving the experience already and while she wants to do herself proud, she also wants to see her fellow competitors – which include the likes of ex-TOWIE star Joey Essex, Corrie’s Mollie Gallagher and former EastEnders actress Patsy Palmer – ‘do well’.

She added: ‘I’m enjoying every second, I’m very competitive, and I want everyone to do well. I’m having fun with it, I think.’

Ekin-Su is training hard for Dancing On Ice (Picture: Rex)

Ekin-Su appeared on GMB with her boyfriend Davide Sanclimenti to promote their new show Homecomings, and the pair admitted between work commitments and Dancing On Ice training, quality time together can he hard to come by.

While her beau revealed they ‘hardly find time to chill’, she explained that even simple gestures like asking what he wants for tea or him bringing her a cup of coffee make a difference.

‘We make sure we do the little things,’ she smiled.

Meanwhile, the loved up couple are yet to have their first ‘proper’ argument, although scenes from Homecomings will show them having some kind of exchange.

After they awkward paused and laughed when asked what caused the row, she explained: ‘It as just something! You’ll see on the night. It was actually such a normal argument.

‘We’ve not had a proper argument by the way, since we left the villa. We’ve not had a moment of, “I’m leaving”. It’s just been bickering… The thing you’ll see on the show is just something quite normal, which I think a lot of couples an relate to. It’s solvable, all you have to do is communicate – and then we moved on.’

Good Morning Britain airs weekdays at 6am on ITV1. Dancing On Ice returns to ITV in January 2023.

Heinz brings back baked bean pizza – after a 19-year hiatus

Which president made Thanksgiving a national holiday?

Amancio Ortega, worth £50.5bn and owner of Zara, wants to buy Manchester United