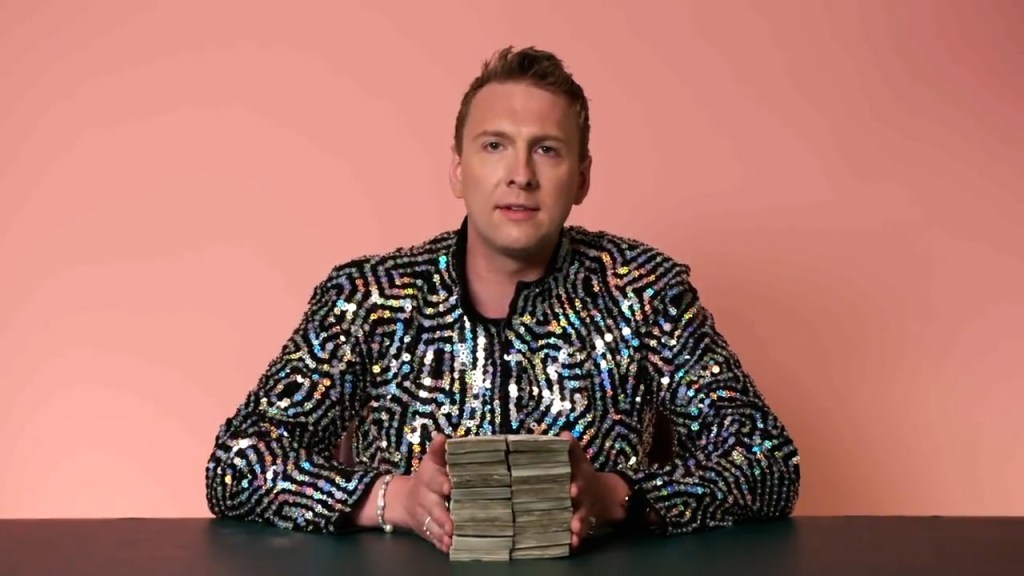 Joe Lycett has spoken out after it was said he was shredding £10,000 in protest of oil and gas companies (Credits: Twitter / Joe Lycett)

Joe Lycett has responded to Sir Keir Starmer mentioning him and his money-shredding stunt in Prime Minister’s Questions, pointing out it didn’t quite go down how he described.

The comedian threatened to shred £10,000 if David Beckham didn’t abandon his partnership with Qatar, rumoured to be worth around £10million.

Homosexuality is illegal in the Middle Eastern nation and there have been questions over the deaths of local workers helping to build stadiums for the sporting event.

After Beckham didn’t respond, Lycett went ahead with his stunt to shred the cash.

However, he later explained that what came out of the shredder was fake, and that he’d already donated the money to LGBTQ+ charities.

But it seems like the news didn’t reach Sir Keir, who referenced what went down in Parliament on Wednesday.

Aside from not actually knowing the whole thing was fake, the politician also seemed to have no clue about the meaning behind Joe’s threat, instead suggesting it was a protest against QatarEnergy.

Using his apparent understanding of the protest to the Tories backing gas and oil corporations and him promoting a Labour windfall tax.

‘You may have seen this week that somebody shredded £10,000 in protest at those propping up an oil and gas giant,’ he said.

‘But he shreds £10,000 every other minute propping them up,’ he added, pointing to Prime Minister Rishi Sunak.

‘Which does he think is the more absurd?’

Speaking of absurdity, Joe addressed what happened, but seemed just as confused himself.

‘Not quite what happened but fair play,’ he posted on Twitter alongside a video from the speech in Parliament.

As Joe said in the video announcing it was all fake, there had been a lot going on and he needed a chance to chill out.

‘Gosh, it’s all been quite a lot this hasn’t it? Right, I’m off down the gay village to have a few pints,’ he said.

Metro.co.uk has contacted reps for Keir Starmer for comment.

MORE : Adam Hills apologises over The Last Leg’s World Cup parody song: ‘This was intended to be a protest’

Stock Market: Suez Canal Update! Floating!
Dyslexic M&S worker was sacked because of mistakes she made in emails