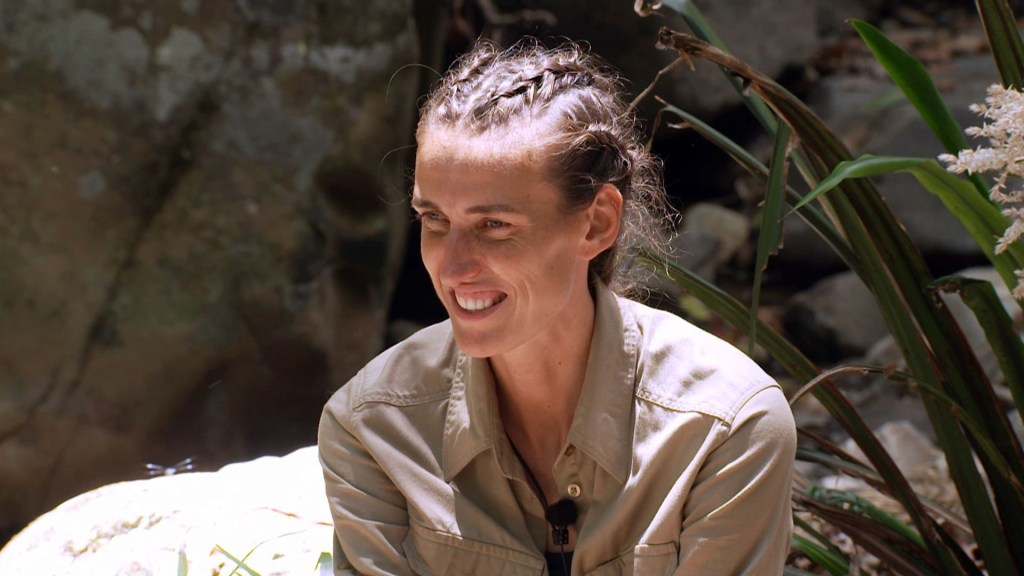 Jill wants Becks as a naked chef in her kitchen (Picture: ITV/Shutterstock)

If you wondered what the I’m A Celebrity stars do to pass the time, well, Jill Scott has been thirsting over one famous footie star.

The celebs started by saying they want to head to Boy George’s (most likely) mansion for a gathering after the show ends, before discussing their dream dinner guests.

Comedian Seann asked: ‘What about guests at the dinner party – let’s say one alive, one dead, one fictional, who you going for?’

Jill said was very adamant on who she’d want around her table.

‘Joey from Friends, Princess Diana and Roy Keane,’ she answered.

Jill clearly has no idea about the Qatar controversy (Picture: Zabulon Laurent/ABACA/Shutterstock)

‘Princess Diana, just such an inspirational woman, I just want to hear the whole story,’ she explained.

But, she had an extra request: ‘And then can I have the naked chef David Beckham?’

Seann laughed: ‘Why not?! He’s allowed an apron but no clothes underneath.’

The former footballer added in the Bush Telegraph said: ‘I think if Beckham was in the buff in anybody’s kitchen I don’t think anybody would be concentrating on the food.’

Jill’s dream dinner party would be interesting, to say the least (Picture: ITV/Shutterstock)

However, viewers were quick to note how awkward the star’s comments were, given what’s been happening in Becks’ life on the outside world.

Of course, the I’m A Celeb campmates have no contact with friends or relatives, or access to the news, so Jill probably doesn’t know the extent of the Manchester United star’s Qatar controversy.

The dad-of-four has been blasted for becoming the Arab country’s ambassador during the 2022 World Cup, despite its poor human rights record.

As a result, comedian Joe Lycett launched his ‘Benders Like Beckham’ campaign, urging him to cut ties and end his multi-million-pound deal.

Oh no, they haven’t told Jill the news about Beckham. #ImACeleb

Jill not knowing about the David Beckham controversy #ImACeleb pic.twitter.com/FgrybXDJiC

Jill saying Princess Diana and a David Beckham as the naked chef would be an Iconic dinner party…. ð#ImACeleb

Alas, Becks did not, leaving Joe to call out his ‘b******t’ deal and shred his cover of Attitude magazine with their permission, as homosexuality is illegal in Qatar.

Picking up on Jill’s comments straight away, one viewer tweeted: ‘Jill saying she’d want Beckham at dinner not knowing what’s happened while she’s been in the jungle is awkward to say the least’.