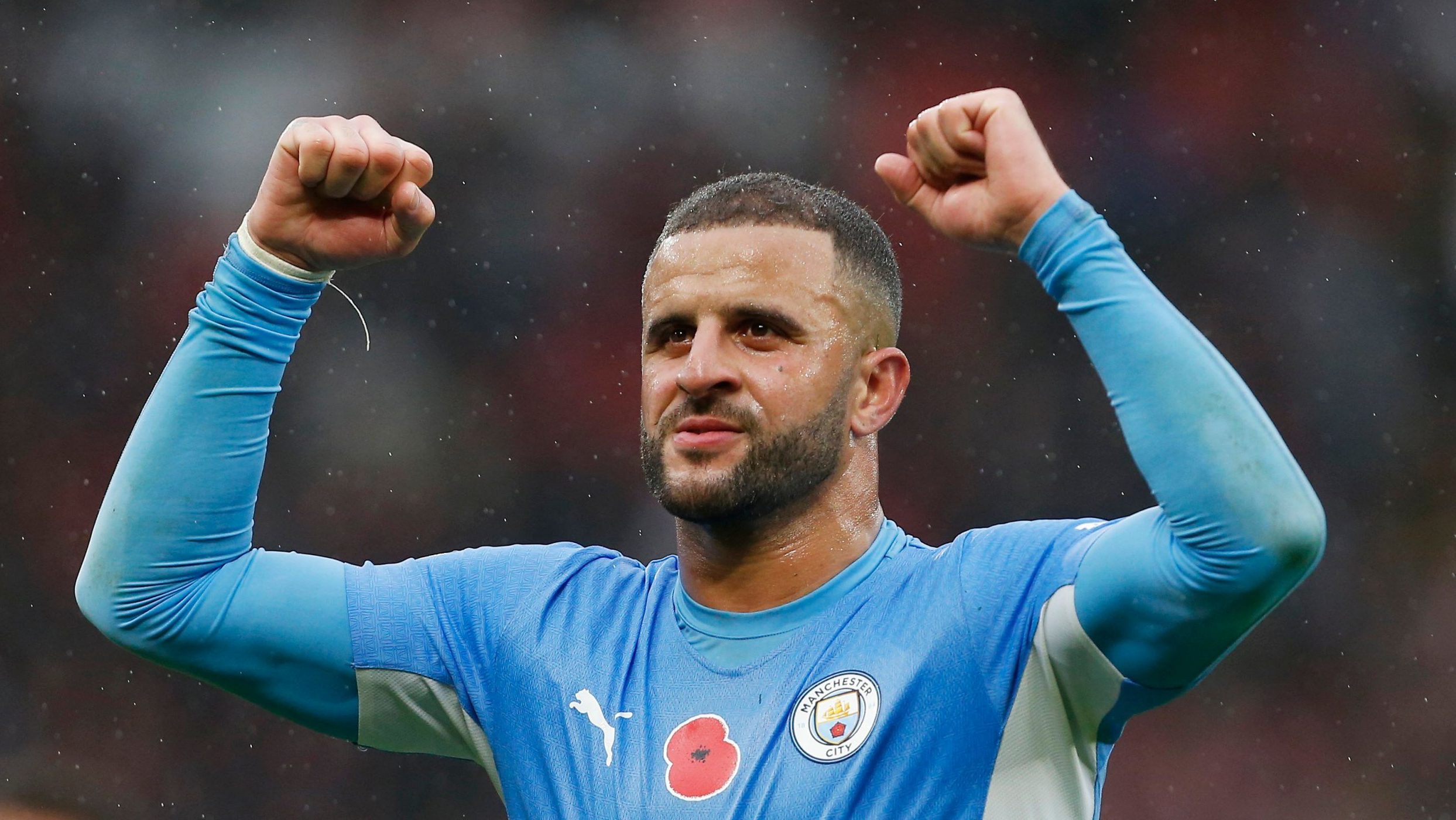 Kyle Walker has revealed the life experiences that laid the foundations for his rise from Sheffield estate to the World Cup with England.

From there, he went to Tottenham and City – the defining move of his career. At 32 he can be proud of a trophy haul that also includes four League Cups and one FA Cup but still wants to win something with his country.

Walker had groin surgery at the start of October but was selected by manager Gareth Southgate in his 26-strong squad for Qatar and, while he missed out on the opening game against Iran, he says he feels fit enough to feature against the USA tomorrow if called upon.

He alluded to that childhood in Sharrow yesterday when he talked about the challenges he has faced. ‘I do like to go out and show people,’ he said. ‘Maybe it’s my upbringing, where I grew up, you had to survive. If I look back on it now, I think “that was actually quite bad”.’

Those memories are still clear for the former Spurs man, who recalls someone committing suicide in his block of flats and an arson attack on a neighbour.

Walker, who has not played since City’s 6-3 victory over Manchester United on October 2, believes being around such awful things built his character. ‘I don’t tend to think about it.

‘I wouldn’t say it’s part and parcel of growing up because no one should experience that.

‘It has moulded me into who I am as a person. I think your path is written out for you to experience certain things in life and I’ve had to go through certain setbacks, certain doubts and highs as well at City.’

Veteran, 99, reunited with French woman he met as a teen whose photo he kept for 78 years

Tearful Scarlette Douglas becomes second star eliminated from I’m A Celebrity… Get Me Out of Here!