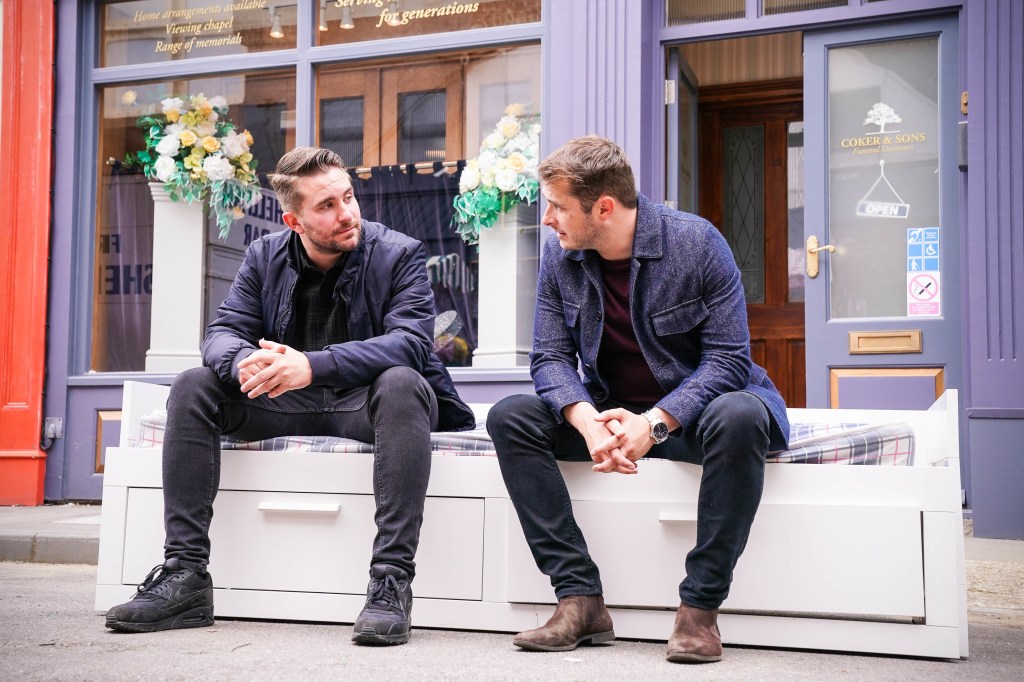 EastEnders stars Max Bowden and Tony Clay have worked together for quite a while now, portraying Ballum couple Ben Mitchell and Callum Highway.

They’ve been through so much so of course, working closely together has seen Max and Tony develop quite the relationship.

‘Tony and I are like best friends!’, Max told the Daily Star recently.

He went on to jokingly say how he thinks he and Tony ‘argue like a married couple’ and the strong friendship they have reflects and ‘works perfectly’ when filming scenes as Ben and Callum.

He also went on to describe his love for the couple, convinced he loves ‘Ballum more than the fans!’.

Some fans would say otherwise, Max!

A few months ago in the BBC One soap, Ben and Callum’s relationship came to an end after Ben was raped by Lewis (Aidan O’Callaghan).

Because Ben was unable to find the words and tell his husband, Callum believed he had slept with Lewis.

After telling Callum about the assault, reuniting with his lover was a slow journey for Ben but a few weeks ago, they finally accepted they wanted to get back together.

This coincided with Lola Pearce’s (Danielle Harold) storyline, which has seen her diagnosed with a brain tumour.

MORE : EastEnders spoilers: Heartbreak ahead for Kathy as Rocky is already married?

How to diffuse workplace drama