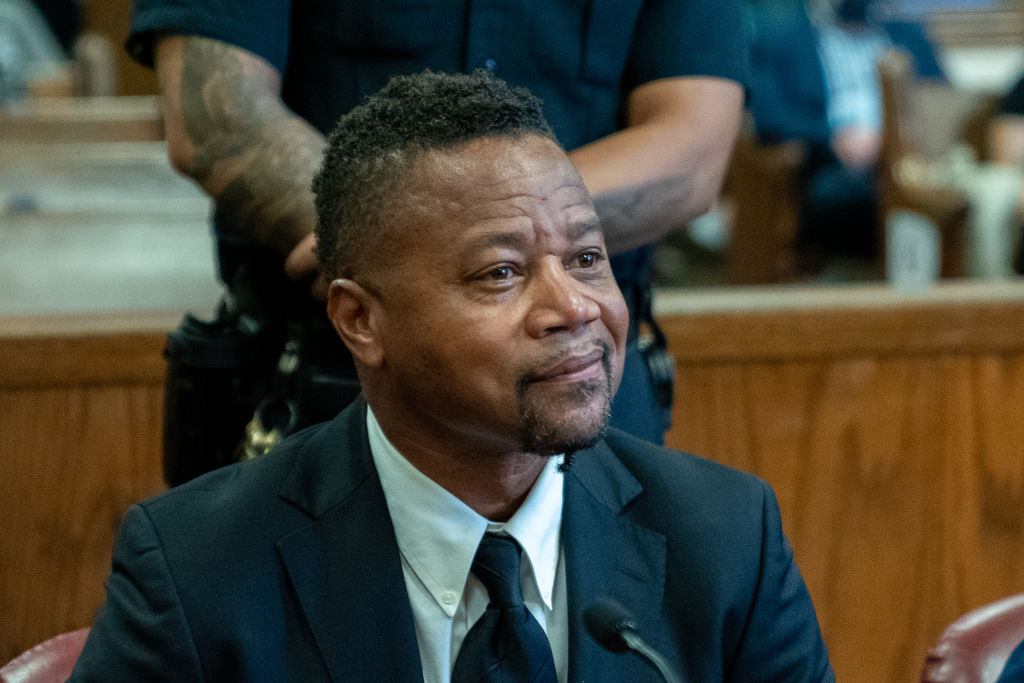 Cuba Gooding Jr. has admitted he was a ‘moron’ for being ‘carefree’ in clubs and bars but continues to deny allegations of abuse made against him.

The actor, who most recently played O.J. Simpson in American Crime Story was arrested in 2019 after accusations that he groped a woman’s breast in a bar.

A few months later he was charged with two additional cases of forcible touching after other woman came forward.

Pleading guilty to one of the allegations in April, the 54-year-old also admitted to non-consensual physical contact with two other women, and faced many more accusations.

He has always denied any wrongdoing, but previously apologised for making women feel ‘uncomfortable’.

Now, speaking for the first time after avoiding jail time, Cuba said video footage proved he had not acted inappropriately in two other cases where he was charged.

But, when first asked about his behaviour during that time, he said he was struggling following the death of his father and was ‘trying to numb the pain’.

‘So, I would just cut up, go out and not worry about a thing, you know and it opened me up to a lot of interactions with people in clubs and bars and whatnot’.

He added that while he wasn’t doing drugs, he was drinking and acting like a ‘moron’, but said he didn’t target women.

‘It wasn’t that my behaviour was focused towards women. It was [that] I was carefree in front of groups and crowds of people,’ he said.

‘If you see all that footage of me kissing the waitress, I also kiss male bartenders, I was high fiving people.. So yes, if that is appropriate, yeah.’

Spending a significant amount of time speaking to Piers about the nights and incidents in questions, Cuba accused the District’s Attorney of ‘weaponising the police force’ against him.

‘I know in my truth, I didn’t mean to disrespect anyone… Let’s take the word “my” out,’ he said.

‘There is video footage of the interactions with these women that show the truth of what happened… it is not my truth, it’s the truth.’

Piers has already shown his take-no-prisoners approach will be on hand in this chat (Picture: Vianney Le Caer/Piers Morgan Uncensored/REX/Shutterstock)

While he acknowledged that he had ‘harassed’ one woman, he added that ‘the other charges didn’t happen, or I would have pled guilty to them’.

‘That’s the truth. I hope you understand that.’

But he added that he didn’t ‘want anybody to feel that they’ve been treated inappropriately or harassed by me in any way’.

After complying with his plea arrangement by completing six months of alcohol and behaviour modification counselling, he was able to have his charge minimised and avoided a criminal conviction.

However, he is still …read more

Stock Market: Suez Canal Update! Floating!
Five signs you’re in a situationship, and why it may not be a bad thing

British man surrounded by security in Qatar for doing keepie-uppies