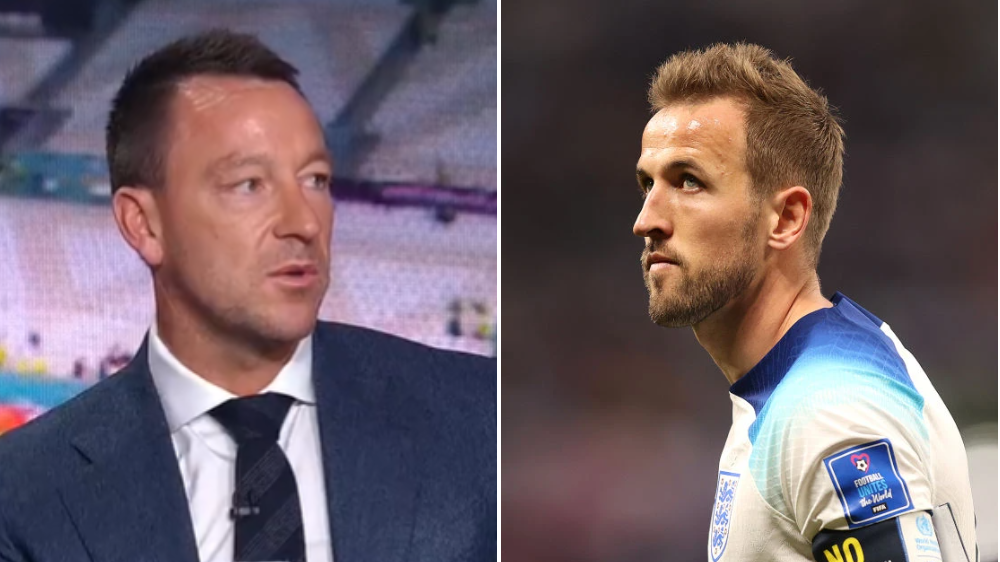 Chelsea legend John Terry has told Harry Kane to join a ‘bigger and better club’ as he won’t win anything at Tottenham.

England’s captain has spent his entire professional career at Spurs, establishing himself as one of the most prolific goalscorers in Premier League history with 261 goals in 408 appearances.

Despite boasting a phenomenal record – Kane currently sits third in the list of all-time Premier League goalscorers – the 29-year-old is still waiting to lift his first piece of silverware with Tottenham.

Kane has lost two Wembley finals – Spurs came up short in the 2015 and 2021 League Cup finals – and was also on the receiving end of a Champions League final defeat in 2019 as Mauricio Pochettino’s side lost to Liverpool.

Terry, who won 15 major trophies at Chelsea, has urged Kane to leave Tottenham if he wants to end his trophy drought and says it is ‘clear’ that Spurs will ‘never give him what he wants’.

Speaking on beIN SPORTS, Terry said: ‘I think Harry Kane has got ambitions to go and win trophies – he’s clearly not going to do that at Tottenham is he? Let’s be honest. He’s not, clearly. Let’s be honest with ourselves.

‘Spurs are not that, Spurs are not going to give him what he wants. He wants to finish his career with some trophies.’

Asked if Kane could join a club of the stature of Real Madrid, Stamford Bridge legend Terry added: ‘I could see it.’

Kane is currently in Qatar with England’s World Cup squad. The Three Lions thrashed Iran 6-2 in their opening match on Monday and face Wales on Friday night.

England’s captain failed to find the back of the net against Iran but insisted he was happy to be making goals and seeing his team-mates score them.

‘To go far in any major tournament you need goals, from not just from your main striker, but from all over the place,’ said Kane.

‘We started the game really well, the boys who have come on have done fantastic.

‘It will give everyone confidence. Everyone, whenever you score or get an assist, it lifts their spirits and we’re going to need everyone to do well in this tournament.’

MORE : Hasselbaink reveals who Chelsea should sign instead of Cristiano Ronaldo

Who are the …read more