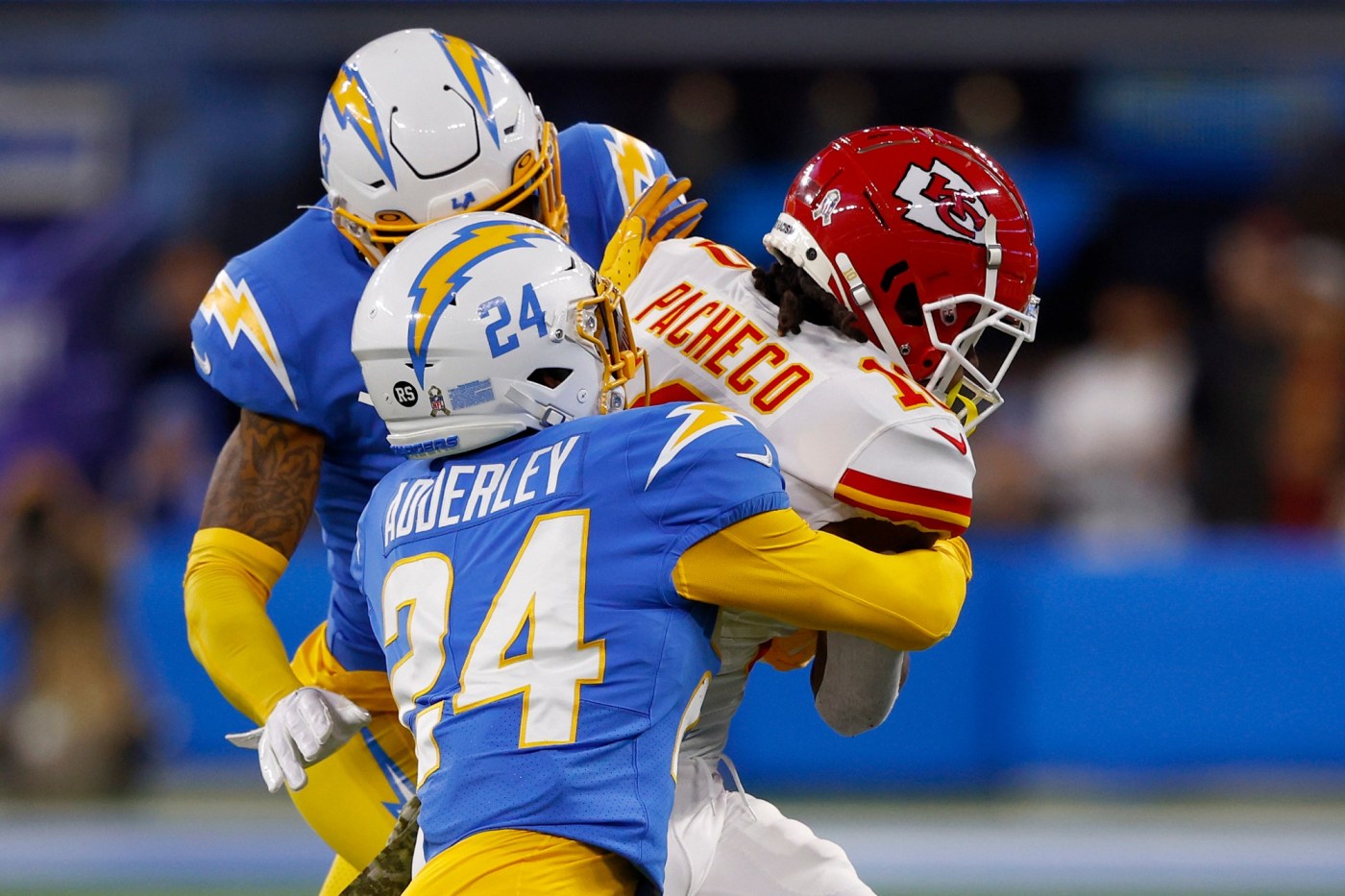 COSTA MESA — A great deal of time and effort went into beefing up the Chargers’ lackluster defense during the offseason. Contracts were signed. Trades were made. Everyone seemed to agree needs were met and the resulting moves would put the team on track to become one of the NFL’s best.

So far, the results have been, well, let’s let safety Derwin James Jr. explain the state of the Chargers through the season’s first 10 games.

“Disappointed,” James said of the Chargers’ 5-5 record. “I wouldn’t want to start like that. I feel like, in the league, you’ve got to keep playing. Right now, it doesn’t look good, but if we keep playing hard, keep staying together, and not point fingers, we’ll like where we are at the end of the season.”

The Chargers’ defense against the run, a major concern after last season, is among the most worrisome aspects of their play so far this season. They have given up 150 yards or more in four consecutive games, including 163 yards during their 30-27 loss to the Kansas City Chiefs on Sunday.

Opponents have averaged 5.5 yards per carry against the Chargers, who rank 32nd and last in the 32-team NFL against the run.

Last season, opponents averaged 4.6 yards per carry (28th in the league), which prompted a season-ending meeting of the minds that initiated an offseason upgrade of the defense. The Chargers traded for edge rusher Khalil Mack and signed free agent cornerback J.C. Jackson, to name two significant additions.

So far, the moves haven’t yielded the anticipated results against the run. Injuries to Jackson (ruptured patellar tendon) and edge rusher Joey Bosa (groin tear) have likely played significant roles in the Chargers’ defensive struggles. Jackson is out for the season and Bosa’s return is uncertain.

“Definitely a concern,” Chargers coach Brandon Staley said of their run defense. “Just haven’t played well enough in that phase. We have just been working hard to find the right combinations to do it. I think that what you are looking for is how you are playing, more importantly than what statistics tell you. For us, it hasn’t been consistent enough all year and we are working hard to improve it.”

Said James: “Everything is still right in front of us. We have a lot of pride. We’ll keep playing hard. We’ll see how it looks at the end. … Being consistent, getting consistent stops. We’re getting better. … That’s not our goal to give up that much, but teams are running it. …  We’ve got to be ready.”

Running back Joshua Kelley rejoined the Chargers for practice Wednesday, going through drills with his teammates for the first time since he was sidelined by a knee injury and placed on injured reserve. If all goes well, he is expected to be activated for Sunday’s game against the Arizona Cardinals.

Kelley, a third-year pro from UCLA, appeared to have won a battle for the backup running back spot behind Austin Ekeler, a versatile workhorse the Chargers were determined not to …read more

Dear Abby: This stalker is threatening to make the video public

Veteran Who Appeared on ‘America’s Got Talent’ Dies at 39

Will Club Q Shooting Finally Wake America Up to Anti-LGBTQ Violence? Sadly No.