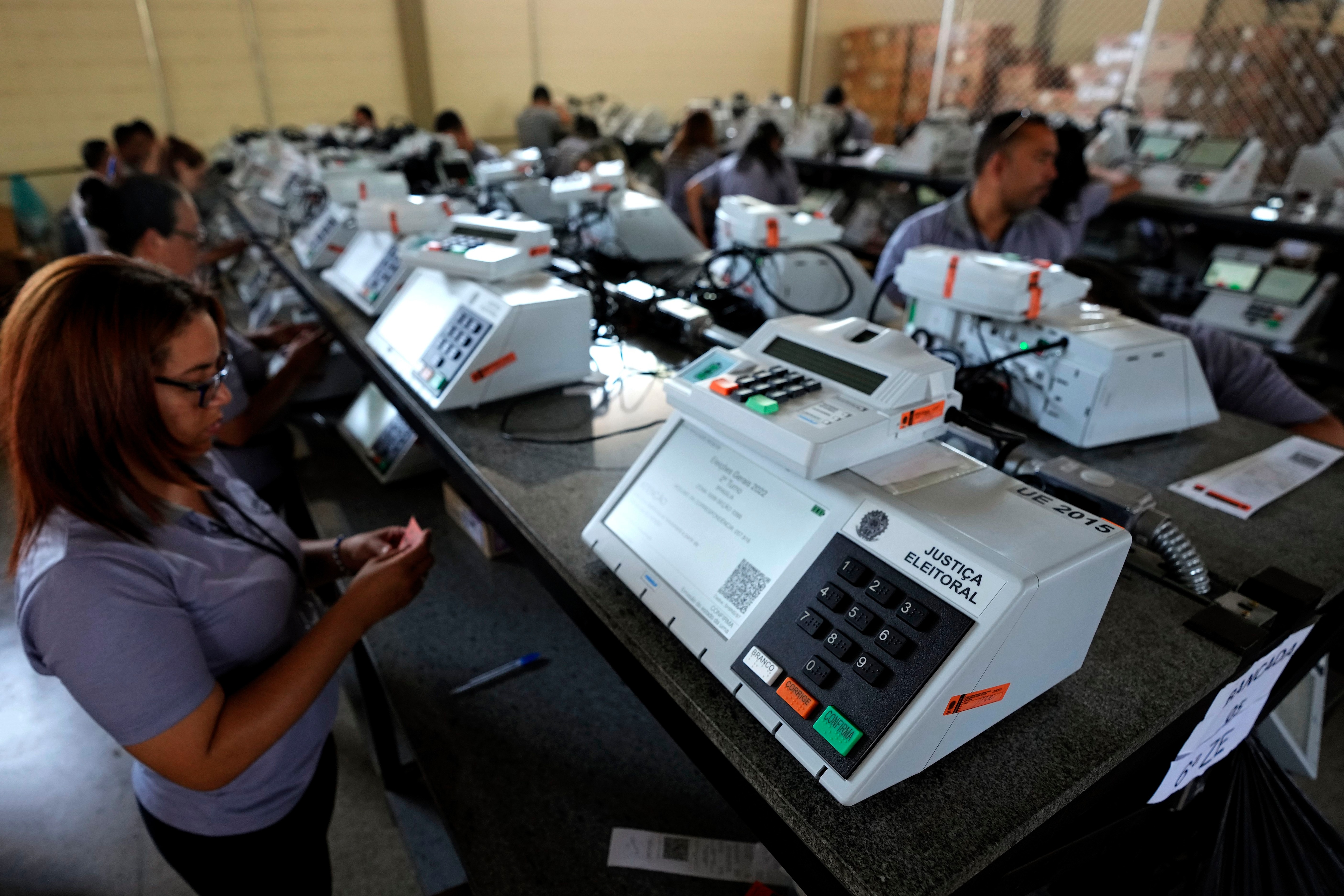 The head of Brazil’s electoral authority on Wednesday rejected the request from President Jair Bolsonaro and his political party to annul ballots cast on most electronic voting machines, which would have overturned the Oct. 30 election.

Alexandre de Moraes had issued a prior ruling that implicitly raised the possibility that Bolsonaro’s party could suffer from such a challenge. He conditioned analysis of the request on the presentation of an amended report to include results from the first electoral round, on Oct. 2, in which the Liberal Party won more seats in both congressional houses than any other, and he established a 24-hour deadline.

Earlier Wednesday, party president Valdemar Costa and lawyer Marcelo de Bessa held a press conference and said there would be no amended report.

“The complete bad faith of the plaintiff’s bizarre and illicit request … was proven, both by the refusal to add to the initial petition and the total absence of any evidence of irregularities and the existence of a totally fraudulent narrative of the facts,” de Moraes wrote in his decision hours later.

He also established a fine of 23 million reais ($4.3 million) for bad faith litigation.

On Tuesday, de Bessa filed a 33-page request on behalf of Bolsonaro and Costa citing a software bug in the majority of Brazil’s machines — they lack individual identification numbers in their internal logs — to argue all votes they recorded should be nullified. De Bessa said that doing so would leave Bolsonaro with 51% of the remaining valid votes.

Neither Costa nor de Bessa have explained how the bug might have affected election results. Independent experts consulted by The Associated Press said that, while newly discovered, it doesn’t affect reliability and each voting machine is still readily identifiable through other means. In his ruling on Thursday, de Moraes noted the same.

He also wrote that the challenge to the vote appeared aimed at incentivizing anti-democratic protest movements and creating tumult, and ordered the investigation of Costa and the consultant hired to conduct an evaluation.

“De Moraes’ message to the political establishment is: the game is over. Questioning the result of the elections is not fair play, and people and institutions who do that will be punished harshly,” said Maurício Santoro, a political science professor at the State University of Rio de Janeiro.

In the press conference on Wednesday, Costa said his intention is merely to prevent the results of the 2022 vote from haunting Brazil into the future.

The electoral authority on Oct. 30 ratified the victory of Bolsonaro’s nemesis, leftist former President Luiz Inácio Lula da Silva, and even many of the president’s allies quickly accepted the results. Protesters in cities across the country have steadfastly refused to do the same, particularly with Bolsonaro declining to concede.

Bolsonaro spent more than a year claiming Brazil’s electronic voting system is prone to fraud, without ever presenting evidence.

$3B canals, housing proposed for ex-airport in Atlantic City