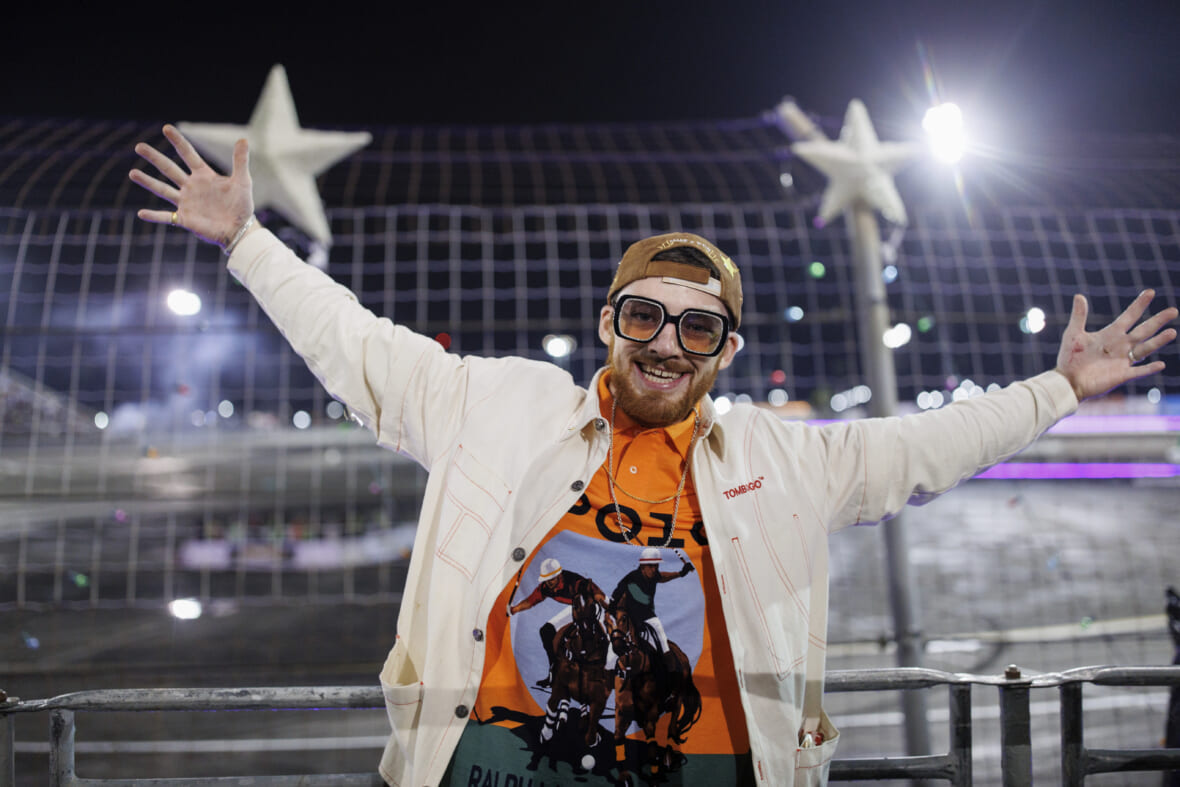 Life comes at you quick. One day you’re bussing tables at a “chicken and waffle joint” in Brooklyn, the next you’re being escorted by a ring of bodyguards through a packed convention hall, throngs of people calling out your name for a photo like a NBA superstar. Maxim caught Angus Young at the latter moment, following the young actor as he strolled through last week’s ComplexCon in Long Beach, California.

A couple years ago you could imagine Angus, the Bay Area kid obsessed with skateboarding, graffiti and streetwear, walking through these halls like a pedestrian sneakerhead. Today, just three years after debuting as laconic drug dealer Fezco in the HBO’s super-smash hit Euphoria, Angus is revealing his capsule collection with Rockstar Energy x Billionaire Boys Club—the coveted streetwear label launched by Pharrell Williams and A Bathing Ape’s Nigo in 2003.

What’s there to be said about Euphoria that hasn’t been dissected ad nauseum by gushing Hollywood podcasts and excoriated by angry parent groups? Suffice to say the show, following a group of high schoolers dealing with loss, teen angst, stark sexuality, blackmail, pedophilia, school pressures, fucked up parents and drugs—lots and lots of drugs—seared its way into the American consciousness, making instant stars of its formerly unknown cast. Like fellow HBO Zeitgeist ruler Game Of Thrones did for its team, Euphoria launched Angus into the stratosphere of young Hollywood stardom.

We caught up with soft spoken Oakland artist to discuss the show, its behind-the-scenes comradery, the capsule collection and his new “Fuel What’s Next” campaign with Rockstar—where the energy drink created a playpen for Angus to play with stuff he loves (skateboarding, gaming, fashion, music, art, etc.) and those he had no idea about—like learning to drift from three-time Formula Drift World Champion Fredric Aasbo. Here’s what he had to say.

One of the aesthetic elements of your Billionaire Boys Club capsule collection is a cartoon cloud icon. Knowing you’re an artist and it plays on your name, was that your creation?

Specifically for this BBC project or is it something you’ve doodled for years?

I mean, I haven’t had it for that long, but yeah, I came up with it in the past two years, fine-tuned it. Mine is a little bit different—they used my doodles and then they brought it to life. The eyes are really nice there, but when I draw it, I just put a line.

Were you a notebook doodler in school?

Yeah, yeah, yeah. Drawing on everything. But I grew up doing graffiti.

How else do you express yourself artistically?

All around really. I wouldn’t really put myself in a box, but yeah, I like to do art in whatever form it comes in. But I’m not really a strict painter. I don’t really commit to doing music or anything like that. But if it comes up, I’ll dabble in it.

How important is the Bay Area to you?

That’s part of my code. Oakland is very important. It’s where I …read more

Stock Market: Suez Canal Update! Floating!
Mentors Are Career Dynamite – If You Can Find One

Quentin Tarantino: I Used to Chalk Up Harvey Weinstein’s Rumored Behavior as Like ‘Mad Men’

Iger, The Great: With the Return of Hulu’s Hero, the Streamer Has New Options

Kumail Nanjiani Can Justify Anything