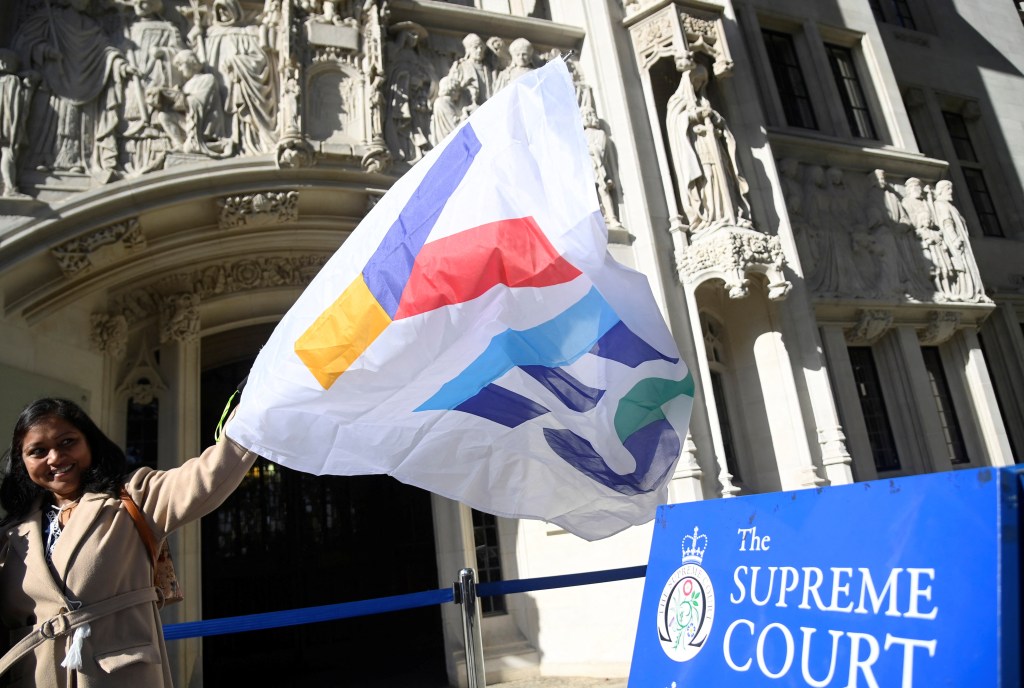 The Supreme Court has made a unanimous ruling today. (Picture: REUTERS/Toby Melville)

Since the first referendum was conducted in 2014, Scottish independence has continued to be a contentious issue on both sides of the border.

The Brexit vote in 2016 only brought further division, with Scotland voting to remain in the European Union and the UK as a whole voting to leave.

The SNP (Scottish National Party), who advocate Scottish independence, have won majorities in Scotland at every UK general election since 2015 when, led by Nicola Sturgeon, they won 56 out of the 59 Scottish seats at Westminster.

The SNP first proposed a second independence vote, dubbed ‘IndyRef2’ in 2017, with Nicola Sturgeon writing a ‘Section 30’ letter to then Prime Minister Theresa May after MSPs (Members of the Scottish Parliament) voted 69 to 59 in favour of seeking a second referendum.

The Scottish First Minister recently proposed a date for the second referendum next October.

The SNP-led Scottish government has recently brought a supreme court caught case to decide whether it could unilaterally legislate for an independence referendum.

Will there be a second Scottish independence referendum vote?

Today, the supreme court unanimously ruled that the Scottish regional government does not have the right to independently set out a bill that will lead to another independence referendum and will need Westminster’s approval.

Nicola Sturgeon tweeted in response: ‘While disappointed by it I respect ruling of @UKSupremeCourt – it doesn’t make law, only interprets it. A law that doesn’t allow Scotland to choose our own future without Westminster consent exposes as myth any notion of the UK as a voluntary partnership & makes case for Indy.’

‘Scottish democracy will not be denied. Today’s ruling blocks one route to Scotland’s voice being heard on independence – but in a democracy our voice cannot and will not be silenced.’

The First Minister of Scotland has also talked about using the next general election as a de-facto referendum on independence.

What happened in the last Scottish independence vote?

In the last referendum, Scotland voted NO on independence.

Almost all of the thirty-two areas of Scotland voted against independence, apart from Dundee City, Glasgow, North Lanarkshire, and West Dunbartonshire.