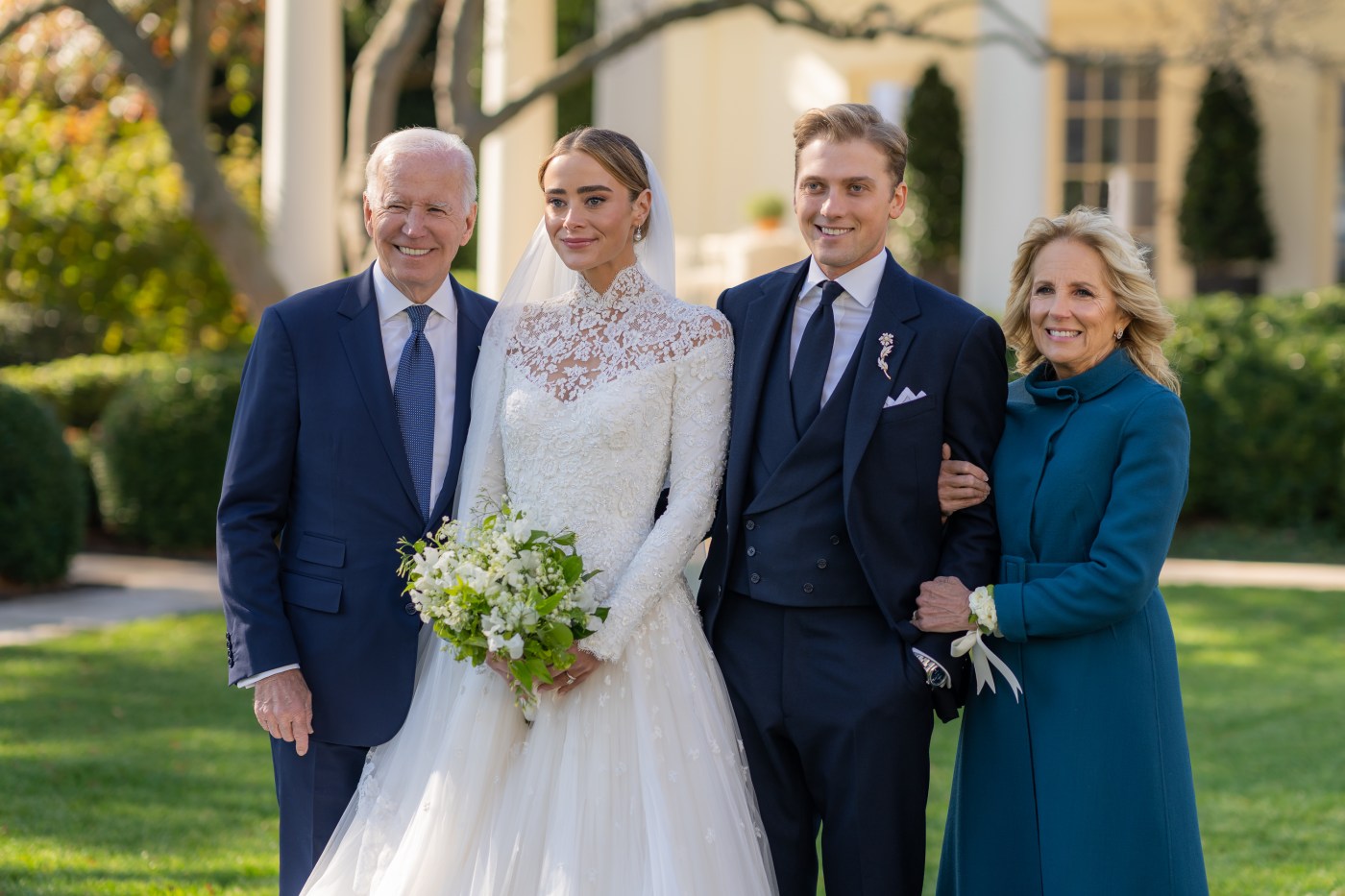 But her special day has formed the backdrop of a new White House scandal of debatable proportions, due to the Biden family’s choice to allow Vogue magazine to photograph Naomi in her Ralph Lauren gown at the White House before the ceremony. Some prominent White House correspondents are angry that the fashion magazine got exclusive access to the bride after the Biden administration earlier said no to any media coverage of a “private family event.”

For Vogue’s special digital cover, Naomi Biden, the eldest granddaughter of President Biden and First Lady Dr. Jill Biden, opens up about planning a White House wedding, and the details—no matter how small—that made it a spectacular family affair. https://t.co/B97vxf8ZAK

The outrage has been led by Washington Post’s senior national correspondent Ashley Parker, who reacted to Vogue publishing its exclusive cover photos of Naomi Biden Tuesday, by tweeting: “I spent four years covering the Trump WH and two years covering the Biden WH. What’s fascinating is that they both lie, albeit in v different ways. Trump team was shameless, whereas Biden team is too cute by half.”

The crux of Parker’s complaint appears to be a tweet from CNN’s correspondent Kate Bennett, who said the White House “waved” her off after she learned in October that Vogue had been tapped to do a wedding shoot with Naomi Biden. Bennett suggested that the White House was using a “loophole” to say it hadn’t played favorites or lied about the wedding being “private” because the family staged the Vogue photos of Naomi Biden before the ceremony.

This delay allowed Corbin Gurkin, the official wedding photographer, to post his photos from the ceremony on Monday. The White House also shared a formal portrait of the bride and groom, with President Biden and first lady Jill Biden, on Saturday.

“This was not a national security meeting, this was not an economic summit,” Jean-Pierre said at a press briefing Monday, in response to the brouhaha, Insider reported. “This was a young couple’s wedding with their friends and family.”

At a press briefing Friday, reporters made the case for the news media to cover the wedding, saying the private ceremony defied precedent for “the people’s house,” Insider reported. Another reporter noted that there is a historic record of other White House weddings because the media was granted limited access to the events. Since 1800, there have been 19 weddings and four receptions at the White House, including one for President Grover Cleveland and nine for first daughters, according to Vogue.

“‘Private’ per @PressSec = not for the White House press …read more

Jury in Danny Masterson rape trial says it is deadlocked

Sheng Thao on path to be Oakland’s next mayor, latest tally shows