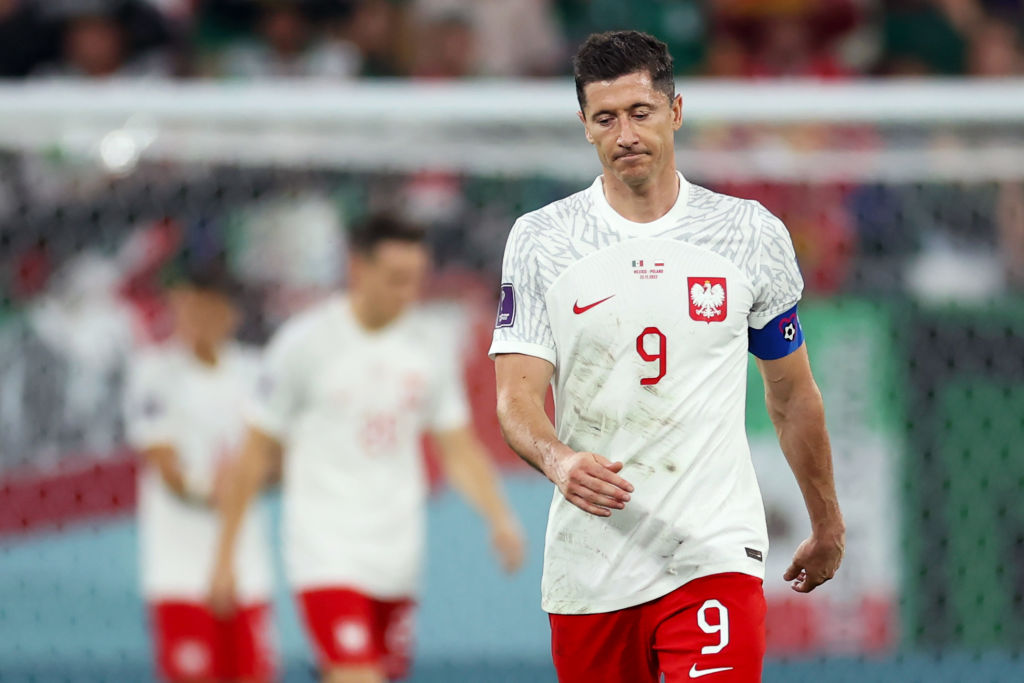 Robert Lewandowski says he is hoping to move on from his penalty miss that cost Poland victory over Mexico in their World Cup opener on Tuesday.

Poland and Mexico played at a goalless draw at the Stadium 974 in Qatar, with both sides struggling to generate many meaningful chances.

The European side’s best chance came early in the second-half, when captain Lewandowski won a penalty but failed to convert from the spot, with veteran keeper Guillermo Ochoa denying him with a good save.

It means that the Barcelona star is still yet to score at a World Cup finals, despite being widely-regarded as one of the best strikers in the game right now.

The performance of the entire Poland team was criticised following the game, especially for their inability to get the best out of star players like Lewandowski.

Speaking to goal.pl, the 34-year-old said: ‘It was just the decision to shoot hard on the ground.

‘I missed and it hurts for sure, but we look at this draw with faith and optimism before the next meeting. It will be up to us how this meeting will go.

A moment that Robert Lewandowski will want to forget ð¤¦ââï¸#BBCFootball #BBCWorldCup pic.twitter.com/aYXAE66p7F

‘Of course, it’s hard for a striker to run in his own half, but of course there are certain assumptions that the coach gives.

‘But even with this tactic, when we get the ball back, some spaces open up and it would be good for us to take advantage of that. I can wish I could get the ball in the box, but it’s hard to achieve and I have to accept the way we play.

‘All in all, it was a fair draw. We can take it calmly and focus on the next game. We have a draw, nothing has been lost yet, and that’s what we need to focus on.

‘I have some belief that from now on it will be easier for us to play. That we will enter this tournament with more freedom and above all with more confidence.’

Poland’s next game on Saturday against Saudi Arabia, who are shockingly top of Group C after their extraordinary 2-1 win over Argentina.