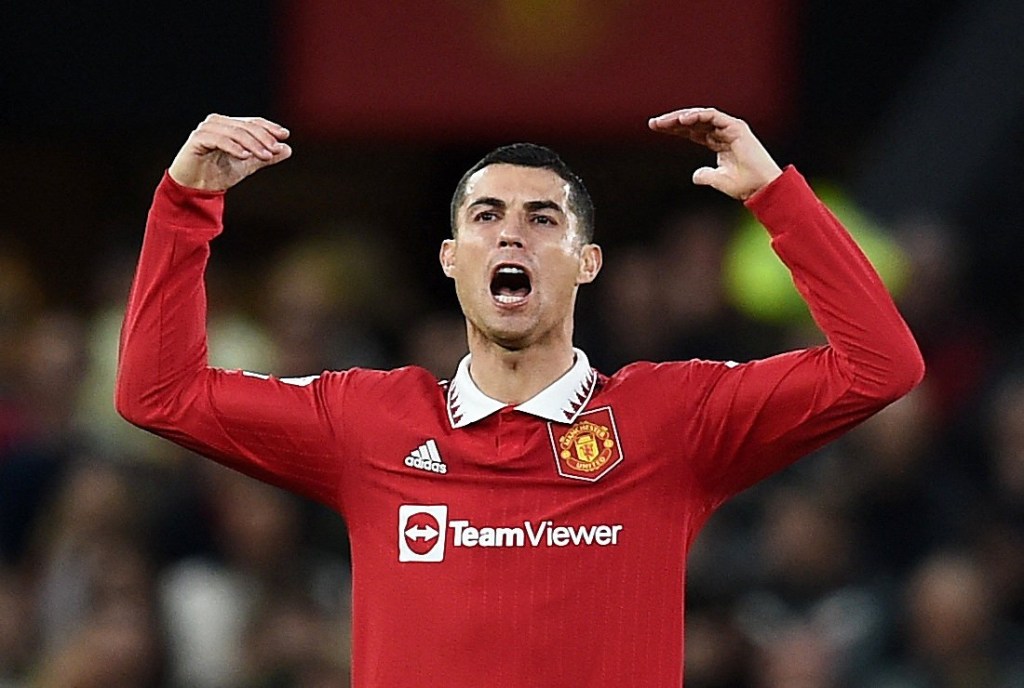 Cristiano Ronaldo has walked away from a huge contract at Old Trafford (Picture: REUTERS)

Cristiano Ronaldo is getting no compensation from Manchester United for the final seven months of his contract with the club, after the deal was terminated by mutual consent.

The veteran forward has left the club after his headline-grabbing interview with Piers Morgan brought about the end to his second spell at Old Trafford.

While Ronaldo clearly wanted to leave Manchester United, it has cost him a lot of money as he was being paid £500,000-a-week by the Red Devils and he is getting no payout for leaving before the deal was due to end in the summer.

That sees him miss out on around £16m after agreeing to leave and look to pursue his career elsewhere.

Forbes reported that Ronaldo’s off-field earnings in 2022 were $55m (£46.3m) so he is not going to be short of cash, but it is a significant saving on wages for United to reinvest if they want to replace the 37-year-old in January.

The club statement on Ronaldo’s departure read: ‘Cristiano Ronaldo is to leave Manchester United by mutual agreement, with immediate effect.

‘The club thanks him for his immense contribution across two spells at Old Trafford, scoring 145 goals in 346 appearances, and wishes him and his family well for the future.

‘Everyone at Manchester United remains focused on continuing the team’s progress under Erik ten Hag and working together to deliver success on the pitch.’

Ronaldo is not set to retire, currently at the World Cup with Portugal and will hope to have a new club to return to after his international duties in Qatar are at an end.

Chelsea and Sporting are among the favourites to bring him in, while a move to MLS or Newcastle have also been mooted.

His former teammate Rio Ferdinand says Ronaldo will be pleased to have left United, but is not sure what will be next for him.

‘I think both parties will be delighted now,’ said Ferdinand. ‘He obviously [did] that interview with the mindset that he wanted to get out of the football club. But I also think that Erik ten Hag will be [very happy too].

‘What are the motivations [for where Ronaldo goes] next? Is it the Champions League, is it the money? We’ll find out, I’m sure, in due course.’

Stock Market: Suez Canal Update! Floating!
When is the next London bus strike and which routes are affected?