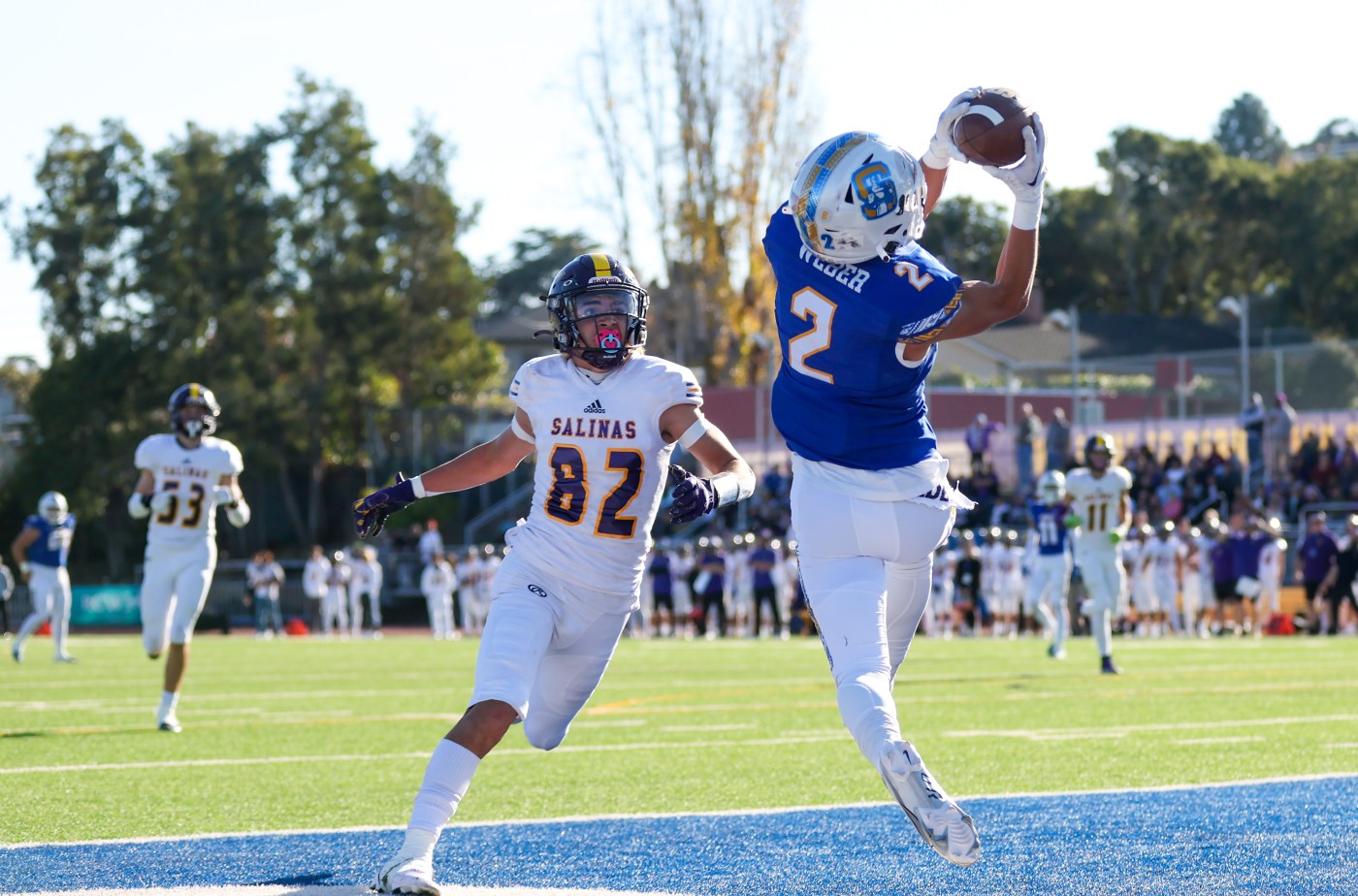 The race now between yours truly, Mike Lefkow and The Kid — aka Joseph Dycus — might be for second place as Lefkow’s lead over Dycus has shrunk to three games while my advantage over Lefkow has stretched to seven.

In the video podcast, we discuss the fascinating matchup in the CCS Division I final on Friday night between Serra and Archbishop Mitty of the West Catholic Athletic League. Serra, given the teams it has beaten and how it has played, is clearly one of the CCS’s all-time great teams. Mitty, given that it won one game last season, is one of the CCS’s all-time great stories.

We also discuss the wild storylines in the NCS Division I final between Clayton Valley Charter and Pittsburg. Who will feel more pressure in this game — CVC quarterback Christian Aguilar, Pittsburg quarterback Jaden Rashada or Pittsburg coach Victor Galli?

Aguilar, before transferring to Clayton Valley, started in place of the injured Rashada in last year’s NCS Division I final and beat Clayton Valley. Galli, after 21 years as Pittsburg’s coach, has announced that he will step down when the season ends. He and the Pirates obviously hope that won’t happen Friday.

If you want just this week’s predictions, keep scrolling.

And, if you haven’t done so, please subscribe here for digital access all school year long. Our high school coverage does not stop when football season ends.

Pelosi to step aside from Dem leadership, remain in Congress

What happened to Title 42?