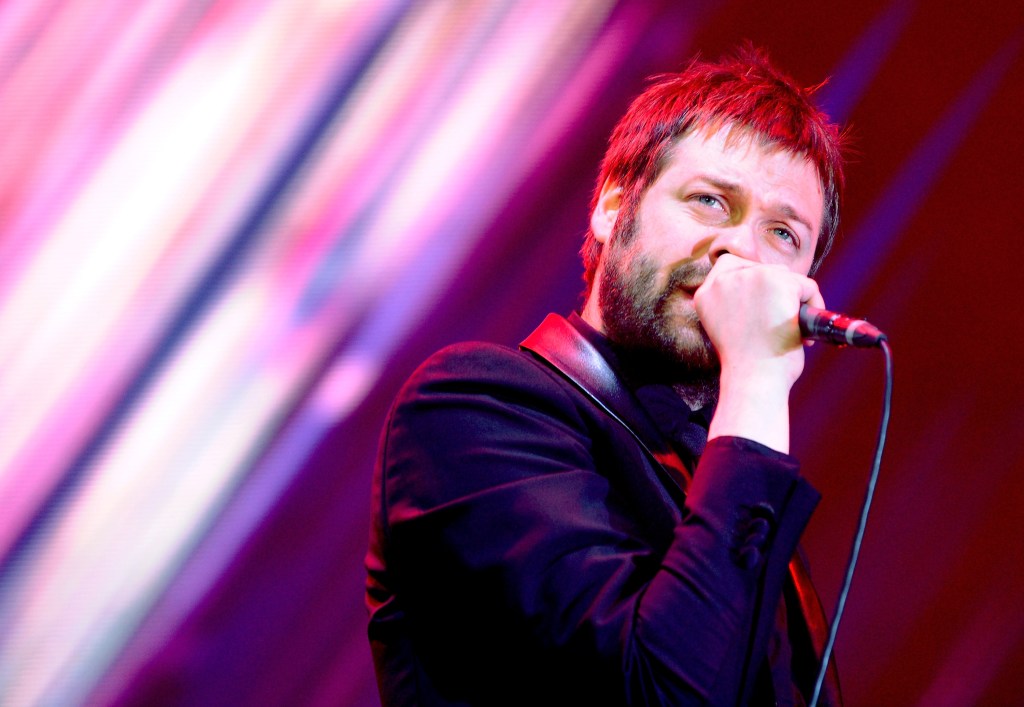 Tom Meighan claims Kasabian wanted him out of the band long before his assault case (Picture: WireImage)

Former Kasabian frontman Tom Meighan has accused the band of trying to ‘gag him’ long before he left the band after assaulting his now-wife, Vikki Ager.

Singer Meighan departed from the band in 2020, with the news announced a day before he pleaded guilty to assaulting his girlfriend Ager.

His bandmates had slammed his behaviour as ‘totally unacceptable, and announced a new line-up shortly afterwards, with co-founding member Serge Pizzorn now the leading man of the celebrated rock group.

Pizzorn, speaking to NME as the group scored their sixth number one album – the first with him at the helm – said he ‘never wanted to be a frontman’ and ‘didn’t think that was ever gonna be part of my life.’

Now however, Meighan has accused his bandmates of trying to ‘gag him’ during his time in the band and claims Pizzorn had been ‘edging to be the frontman for a long time.’

‘I kind of felt like I was being watched,’ he told James Hargreaves in a new interview posted to YouTube.

‘Serge was edging to be the frontman for a long time. I was basically put in a cage and let out and put back in again, a very egotistical leader.’

Meighan claimed he had written a contract years before where ‘they were basically signing me out of the band… nobody knows that, do they?’

‘It’s all sshh,’ he said. ‘They tried to gag me so I wouldn’t talk and to give me a bit of money to shut my mouth so I could never talk about the band again.’

‘It was over some publishing money,’ he claimed, adding the band were ‘trying to dangle a carrot because I needed the money but I wouldn’t sign it. So they tried to gag me.’

‘If I signed over I’d get a settlement of money and I can’t ever talk about the band again in my life.’

‘It was Sergio’s wish,’ he claimed.

Meighan and Pizzorn had performed together in Kasabian for years (Picture: Redferns)

‘I think he ended me because I was the frontman for years and I could see it did his head in. Serge is a very “me, me” person and he wanted to be the frontman and now he’s got it. But they should change the [band’s] name at least. It’s a bizarre thing to see.’

Admitting he still has some ‘amazing memories’ from his time in the band, Meighan said his former bandmates are ‘still my brothers’ but ‘they’ve been f****rs.’

In July of 2020, it emerged that Meighan had launched a drunken attack on his partner, who was left with bruising to her knees, left elbow, outer ankle and big toe, as well as a reddening around her neck.

Guard Zach LaVine back where he belongs, as Bulls down the Celtics

Why could Babatunde Aleshe be exempt from some I’m A Celebrity bushtucker trials?