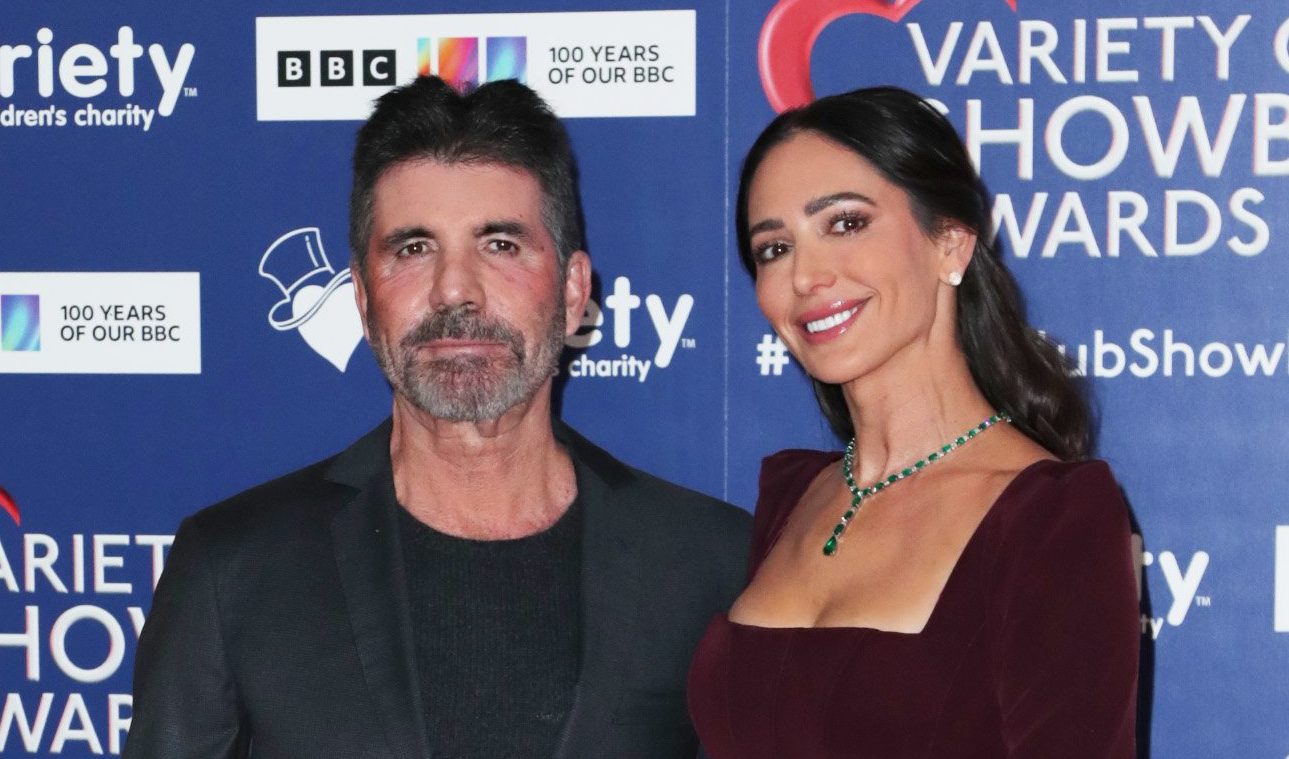 Simon Cowell was joined by his fiancee Lauren Silverman on his big night at the Variety Club Showbusiness Awards (Picture: Getty Images)

Naomi Campbell is typically known for hanging in her A-list fashion circles but she was among a different crowd last night, attending the Variety Club Showbusiness Awards alongside the likes of Holly Willoughby and Amanda Holden.

The ceremony sees Variety Club silver heart awards dished out to those who have made outstanding achievements in theatre, music, television, fashion and philanthropy.

Former X Factor boss Simon Cowell led the troops rocking up to the red carpet with his fiancee Lauren Silverman on his arm, both looking smart with the TV star in a grey suit and jumper and his longtime partner embracing the autumnal tone in a burgundy dress.

Simon’s Britain’s Got Talent co-star Amanda posed for photos alone donning a striking green gown with a high side split, while This Morning presenter Holly kept it muted in a sophisticated black dress.

Supermodel Naomi donned a silver combo with a two-tone satin dress and matching oversized blazer. She was in sync with Good Morning Britain presenter Susanna Reid who wore a sparkly silver number with a black ribbon tied at her waist.

Naomi didn’t just swing by on a free night off as she was honoured for her outstanding contribution to fashion for her role in bringing positive change and inclusion on the catwalk and beyond.

Speaking to PA at the event, she said: ‘It’s an incredible honour to receive the award – I mean just to be here is an honour.

‘To be here with everyone else receiving the awards is fabulous too, and that everyone can shine a light on the Variety club so they can continue doing great work.’

She continued: ‘When I started my career in the 70s and 80s this was such a coveted invitation to have.

‘I worked for many different people including Tim Rice and Andrew Lloyd-Webber, various people that were recipients of the awards… now to actually receive an award.

‘I do remember the glamorous, expensive, cigar-filled events with a lot of fabulous illustrious power brokers and celebrities, and it’s brilliant what the Variety club does.’

14 of the best pieces for your winter ski trip

RHOC star Nicole and husband Joe Sealey victims of terrifying home invasion: ‘They had crowbars and chased me’