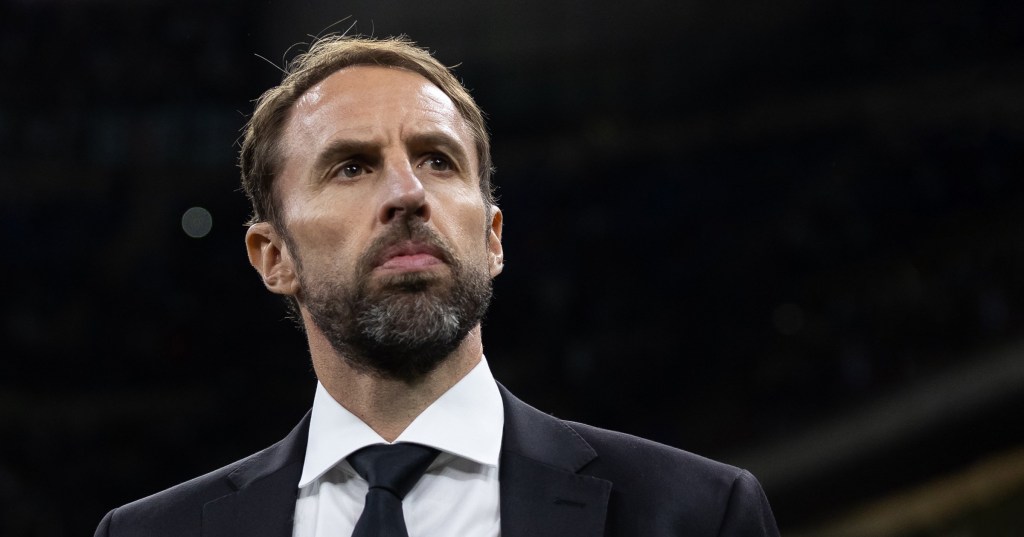 A football fan has been found guilty of sending a racist rant to Gareth Southgate over players ‘taking the knee’ before a game.

Brian Martin, 36, sent an expletive-laden email to the England manager on June 4 after England lost 1-0 to Hungary in Budapest.

He singled out black players in the England team and sent messages ‘of racist nature’ in which he objected to the anti-racism gesture taken before kick off.

Martin, of Selby, North Yorkshire, accepted ahead of trial that he sent the email, but denied its contents were offensive or indecent.

He was found guilty of one count of sending by public communication network an offensive or indecent message at York Magistrates’ Court yesterday.

Adam Featherstone, senior crown prosecutor, said: ‘Martin now has a criminal record to show for it, which is likely to impact his life and future prospects.’

‘At the World Cup, we hope the England and Wales teams do their countries proud.

‘However, fans must not let their passion overspill into racial abuse of players for what they do on the pitch, like we saw overshadow Euro 2020.’

Gareth Southgate spoke out about this week why his team feel taking the knee is important.

Before England’s World Cup match against Iran yesterday, he said: ‘We have discussed taking the knee. We feel we should. It’s what we stand for as a team and have done for a long period of time.

‘Of course, we understand in the Premier League that clubs have decided to only do that for certain games, big occasions, we feel this is the biggest.

‘We think it is a strong statement to go around the world for young people in particular to see that inclusivity is very important.’

Martin is due to be sentenced on December 13.