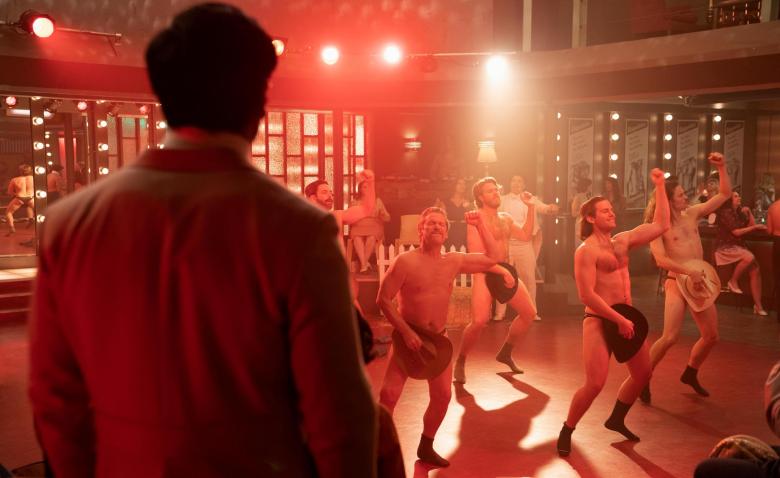 Technically, Kumail Nanjiani turned down the leading role in “Welcome to Chippendales.”

Known for his standup and comedic roles like 2017’s “The Big Sick,” Nanjiani wasn’t ready to take on the dramatic leading role of Chippendales founder Somen “Steve” Banerjee when creator Rob Siegel first approached him. But Nanjiani’s comedy career prepared him perfectly for the savvy megalomaniac behind this storied club.

Then there was the “Twilight Zone” episode for Jordan Peele’s 2019 reboot, where Nanjiani played a standup comedian who develops potent superpowers. “It was the first time I played someone who had that kind of power and was using it for evil, so the feeling of playing that was something that really stuck with me,” he recalled. “When ‘Chippendales’ came along, I was like, okay, it’s basically about tapping into that kind of dark inner feeling again, even though the characters on paper are very different.”

The roles prepped Nanjiani almost uncannily; Banerjee’s obsession with power grows throughout the series and his years running Chippendales, and the darkness buried inside him creeps slowly toward the surface until it finally breaks through. And at the end of the day, the Chippendales founder is just…kind of awkward, which Nanjiani played in his recurring role on “Franklin & Bash.”

“I played a very nerdy, nervous, agoraphobic lawyer,” Nanjiani said. “So a little bit of his awkwardness, a little bit of the small tyrant from “Portlandia” and a little bit of the darkness from ‘The Twilight Zone.’ I didn’t know where this character was going to end up, but I knew that those three pieces could somehow be a part of this.”

“Welcome to Chippendales” tells the incredible true story of how the eponymous male strip club started, and how Banerjee teamed up with choreographer Nick De Noia (Murray Bartlett) and they spent close to a decade butting heads and dodging scandal. Ahead of the series premiere on Hulu, Nanjiani talked about getting involved with the project, moving from comedy to drama, and his not-so-conflicted feelings about Banerjee now that the series is wrapped.

This interview has been edited for length and clarity.

IndieWire: How familiar were you with the story before you joined the project?

Kumail Nanjiani: I didn’t know anything about it. I only heard of it through the project. I knew what Chippendales was, but I had no idea all the sordid stuff behind it.

And then how did you get involved initially?

Right after “The Big Sick” came out in 2017, Rob Siegel had written a movie script of this. He contacted me like, “I have the story …read more

How ‘Bardo’ Captures a State of Mind Through Sound

Ice Cube Says He Lost $9 Million Role After Refusing to Get Vaccinated: ‘F*ck That Jab’

How Timothée Chalamet Became This Generation’s Leonardo DiCaprio, but with Fewer Hits