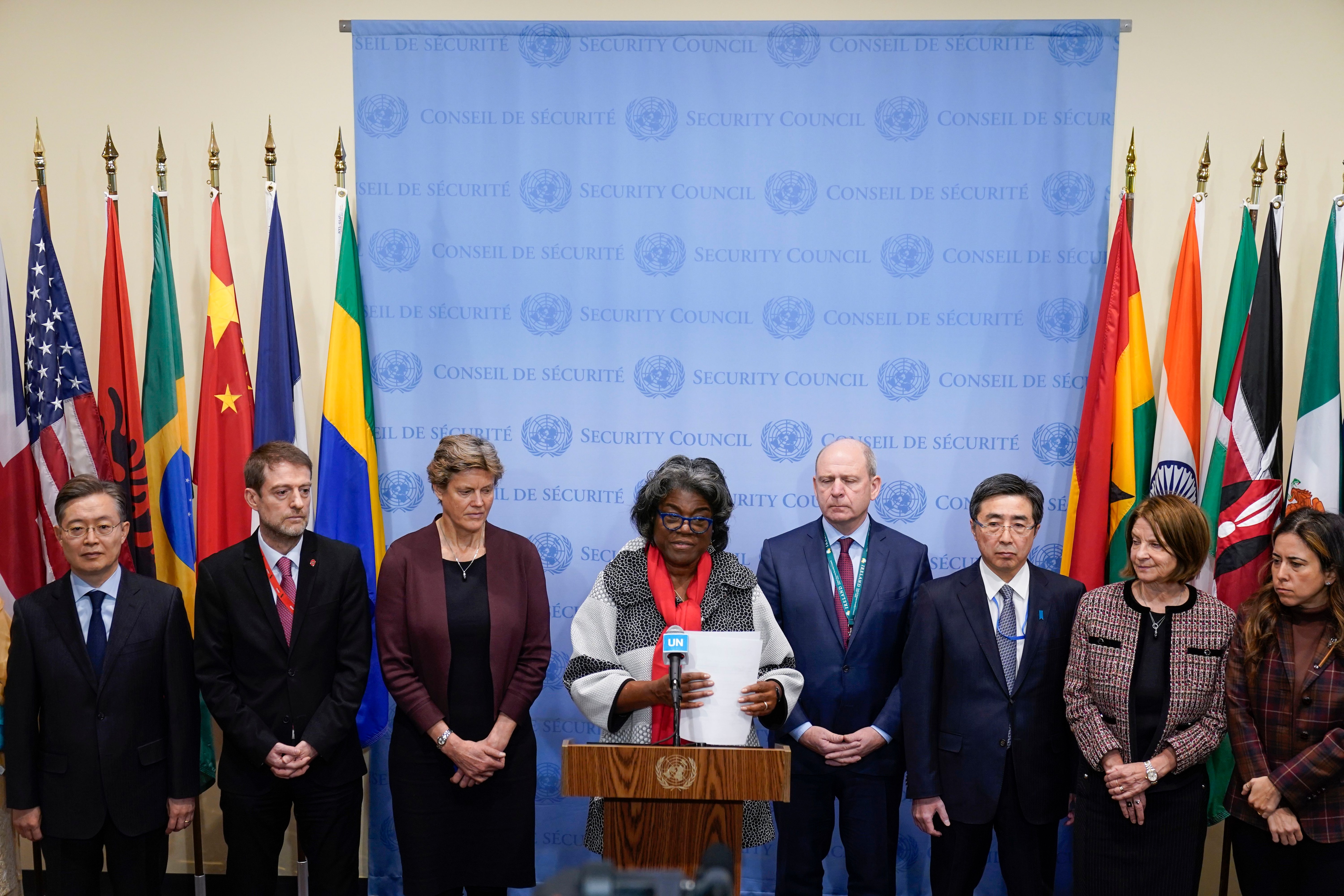 The influential sister of North Korean leader Kim Jong Un warned the United States on Tuesday that it would face “a more fatal security crisis” as Washington pushes for U.N. condemnation of the North’s recent intercontinental ballistic missile test.

Kim Yo Jong’s warning came hours after U.S. Ambassador Linda Thomas-Greenfield told an emergency meeting of the U.N. Security Council that the U.S. will circulate a proposed presidential statement condemning North Korea’s banned missile launches and other destabilizing activities. After the meeting, Thomas-Greenfield also read a statement by 14 countries which supported action to limit North Korea’s advancement of its weapons programs.

Kim Yo Jong, who is widely considered North Korea’s second most powerful person after her brother, lambasted the United States for issuing what she called “a disgusting joint statement together with such rabbles as Britain, France, Australia, Japan and South Korea.”

Kim compared the United States to “a barking dog seized with fear.” She said North Korea would consider the U.S.-led statement “a wanton violation of our sovereignty and a grave political provocation.”

“The U.S. should be mindful that no matter how desperately it may seek to disarm (North Korea), it can never deprive (North Korea) of its right to self-defense and that the more hell-bent it gets on the anti-(North Korea) acts, it will face a more fatal security crisis,” she said in a statement carried by state media.

Monday’s U.N. Security Council meeting was convened in response to North Korea’s ICBM launch on Friday, which was part of a provocative run of missile tests this year that experts say is designed to modernize its nuclear arsenal and increase its leverage in future diplomacy. Friday’s test involved its most powerful Hwasong-17 missile, and some experts say the successful steep-angle launch proved its potential to strike anywhere in the U.S. mainland if it’s fired at a standard trajectory.

North Korea has said its testing activities are legitimate exercises of its right to self defense in response to regular military drills between the United States and South Korea which it views as an invasion rehearsal. Washington and Seoul officials say the exercises are defensive in nature.

Kim Yo Jong said the fact that North Korea’s ICBM launch was discussed at the Security Council is “evidently the application of double-standards” by the U.N. body because it “turned blind eyes” to the U.S.-South Korean military drills and arms buildups targeting North Korea. She said North Korea will take “the toughest counteraction to the last” to protect its national security.

EXPLAINER: How will UN climate deal on loss and damage work?