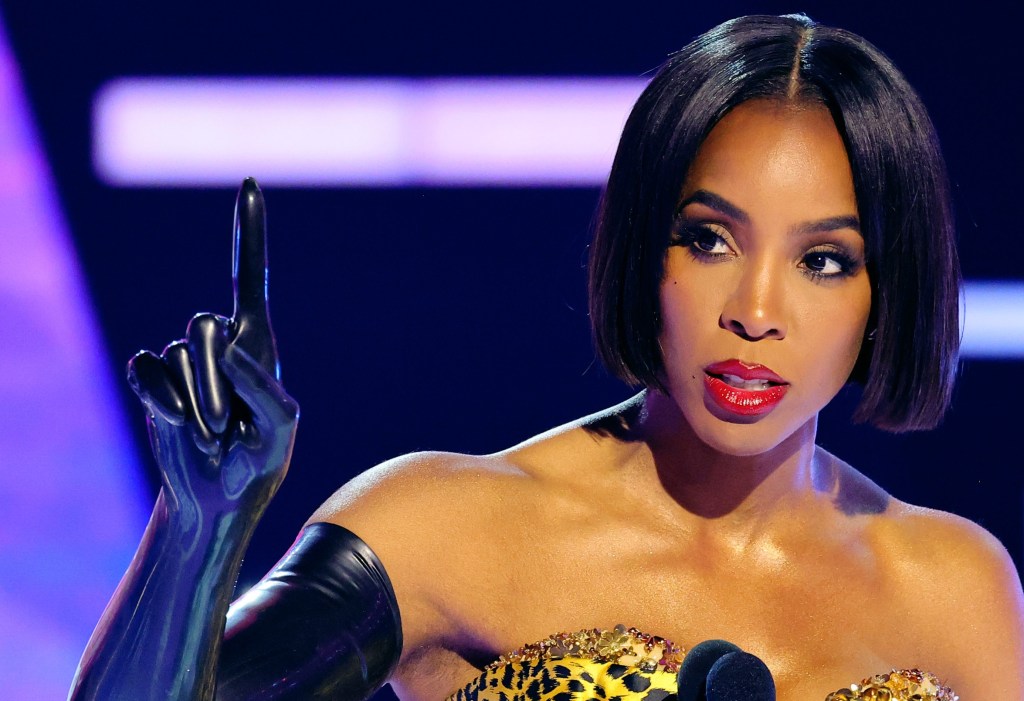 Kelly Rowland was called out after telling the AMA crowd to ‘chill out’ (Picture: Getty)

Kelly Rowland has urged critics to remember ‘we’re all human’ after she was called out for defending Chris Brown’s win during Sunday’s American Music Awards.

The Under The Influence hitmaker triumphed in the favourite male R&B category beating the likes of The Weeknd and Lucky Daye.

Chris didn’t attend the annual event, however, he was scheduled to perform a Michael Jackson medley with US superstar Ciara, but claimed it was cut at the last minute.

Instead, Motivation hitmaker Kelly accepted the award on his behalf and praised his contribution to the R&B genre, to which the crowd erupted in boos.

In an attempt to silence the jeers, Kelly clapped back: ‘Excuse me. Chill out.’

‘I want to tell Chris thank you so much for making great R&B music and I want to tell him thank you for being an incredible performer. I’ll take this award, bring it to you. I love you. Congratulations,’ she added.

Kelly’s reaction sparked a mixed response on social media, with some praising her for standing her ground, while others questioned why she stuck up for Chris due to his former assault charge after an altercation with his ex-girlfriend Rihanna.

Addressing the AMA backlash, the Commander singer told TMZ: ‘You know what, I believe grace is very real, and we all need a dose of it.

‘And before we point fingers at anybody, we should realise how grateful we are for every moment that we get for our own things that we have.’

She continued: ‘I think it’s important to remember that we’re human.’

Rihanna and Chris Brown had a turbulent relationship (Picture: WireImage)

In 2009, Brown was found guilty of felony assault after he attacked Rihanna on the way back from a party, the night before the Grammys.

A picture obtained by TMZ at the time showed her facial injuries, with the Please Don’t Stop The Music singer sporting bruises and a cut lip.

In his documentary Chris Brown: Welcome to My Life, he opened up about the assault, claiming an ex had walked into the bash they were at that night, upsetting the Fenty businesswoman.

Ulrika Jonsson, 55, finds it difficult to look in the mirror as her face is ‘collapsing’

They ended up having a confrontation on their way home, which soon soon turned violent.

He was sentenced to five years of probation, community service and counselling.

Metro.co.uk has reached out to Chris Brown’s reps for comment.