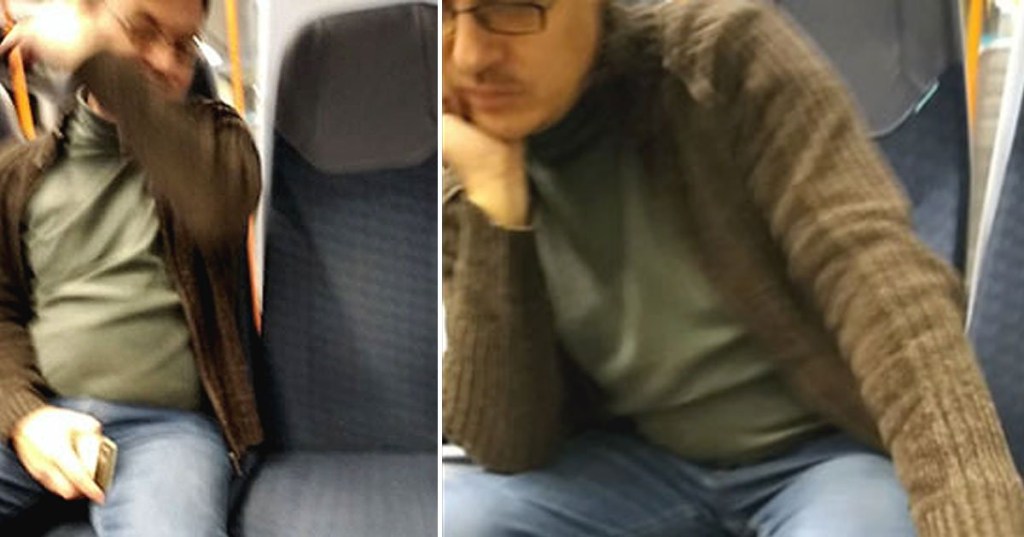 Police want to speak to this man after an assault was reported (Picture: British Transport Police)

Police have released images of a man in connection with a sexual assault investigation on a train.

A woman was reportedly attacked by a stranger who was sitting opposite her on a late night service.

It happened on a train running from Waterloo to Guildford at 11pm on Wednesday.

According to British Transport Police, the victim boarded and the man took a seat across from her.

A statement from the force read: ‘Throughout the journey she noticed him staring at her and making gestures with his arms.

‘As the train approached Woking, he sexually assaulted her.

‘The victim then confronted him and he got up and walked away.

‘Officers believe the man in the images may have information which could help their investigation.’

Anyone who recognises the man is asked to get in touch with British Transport Police or anonymously via Crimestoppers.

Will Smith struggles for freedom in harrowing Emancipation trailer: ‘They never, never break me’