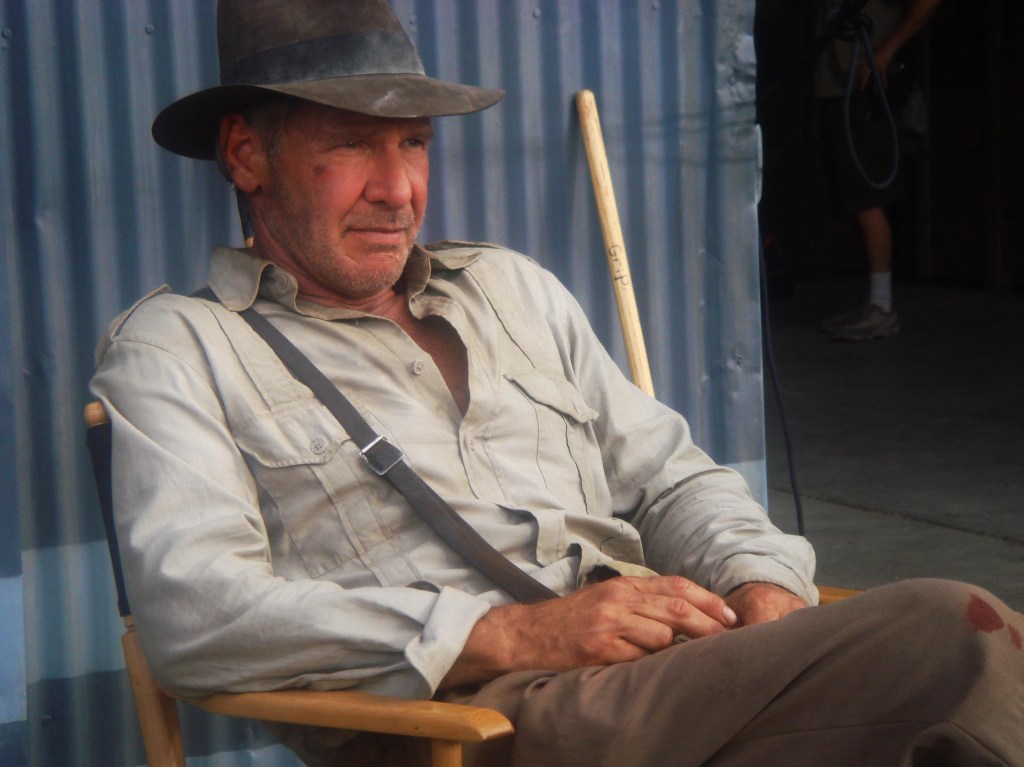 Harrison Ford will be de-aged in the upcoming flick (Picture: Lucasfilm/Paramount Pictures/Kobal/REX/Shutterstock)

Fans of Indiana Jones will face a bit of a blast from the past in the next instalment of the series, as Harrison Ford will be ‘de-aged’ to his former self.

The upcoming movie, which will be released next year and is yet untitled, will star the 80-year-old actor in the titular role.

Harrison will first hit screens in the movie looking like he did in Indiana Jones and the Raiders of the Lost Ark, which was filmed in 1981 and set in 1936, before quickly ageing forward to his current self in 1969, when the fifth instalment is set.

It’s the first time the actor has taken on the role of the archaeologist since 2008’s Indiana Jones And The Kingdom Of The Crystal Skull.

He admitted that seeing his younger self was disconcerting, telling Empire Magazine: ‘It’s a little spooky. I don’t think I even want to know how it works, but it works.’

Harrison also voiced his approval for the way the CGI has been done to de-age him, adding: ‘This is the first time I’ve seen it where I believe it.’

Harrison Ford admitted it was ‘spooky’ to see himself as he was in Raiders Of The Lost Ark in 1981 (Picture: Lucasfilm Ltd/Paramount/Kobal/REX/Shutterstock)

The actor’s younger image will be superimposed with the use of editing in post-production on the flick, the plot of which remains a closely-guarded secret.

It is believed to be set in the middle of the space race between the USSR and the US and Indy is reportedly set to battle the Nazis.

Co-writer Jeff Butterworth revealed: ‘The simple fact is that the moon-landing program was run by a bunch of ex-Nazis. How “ex” they are is the question. And it gets up Indy’s nose…’

Harrison will be joined by actors including Mads Mikkelson, who stars as Voller, inspired by the real-life German rocket scientist Wernher von Braun, as well as Pheobe Waller-Bridge, Shaunette Renee Wilson and Antonio Banderas among others.

The as yet untitled fifth movie was great closure for Harrison in the role (Picture: Robino Salvatore/GC Images)

Addressing reprising his role as Indy, Harrison admitted it was nice to get closure after playing the role so many times.

He explained: ‘I just thought it would be nice to see one where Indiana Jones was at the end of his journey. If a script came along that I felt gave me a way to extend the character.

‘The shooting of it was tough and long and arduous, but I’m very happy with the film that we have.’