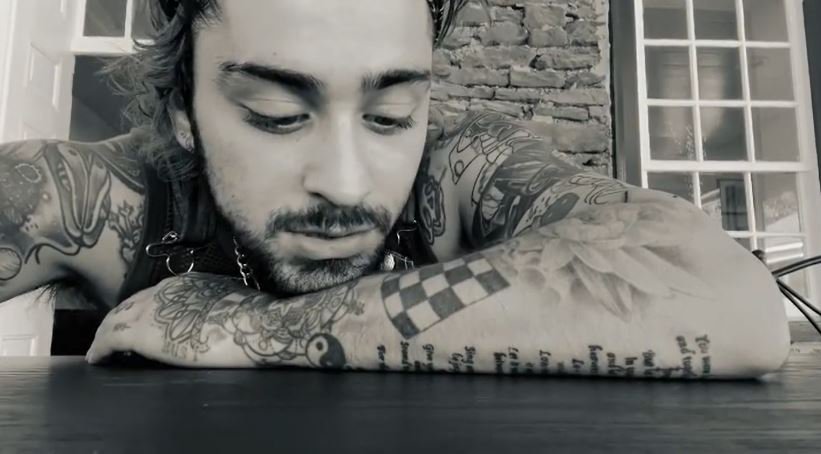 Former One Direction star Zayn Malik teased fans with a possibility of new music after uploading a cryptic trailer video that hinted at a Jimi Hendrix collaboration.

Quick to address the fact the iconic guitarist is dead, the dramatic reveal video was met with quizzical responses as well as chaotic excitement from both musicians’ fanbase.

Posted to Twitter, Zayn and the operator of Hendrix’s account shared the teaser that slowly releavled the pair’s names in block capitals as the writing emerged from smoke and spotlights.

Briefly coming into focus before vanishing into the darkness, the two names merged together as a single white feather drifted across them in a theatrical manner.

The moving graphics were set to the tone of Zayn’s vocals as guitars and other instruments warmed up before syncing with his voice – hinting at the release of a new single.

Accompanied by the simple captions: ‘25.11.22 . @JimiHendrix’ and ‘11.25.22 @zaynmalik’, fans on both sides couldn’t contain their feelings and set the comment section on fire.

The singer caught fans attention with the dramatic trailer that doesn’t giveaway much (Picture: Instagram)

Another penned a long love letter to the star: ‘Bro I am crying this is all I wanted I love u thank ur ur the goat I love you so much thank you for existing pls that 2 second clip gave me goosebumps it saved my life I love u [sic].’

‘Omg, so many things are going through my brain, and I have no answers [sic],’ a Zayn fan commented questioning the partial announcement.

More confused fans popped up to demand answers from the star: ‘Jimi Hendrix is not alive anymore so I’m confused is it gonna be a cover or remix or something? [sic].’

Iconic guitarist and musician Jimi Hendrix died in 1970 (Picture: Michael Putland/Getty Images)
Are you excited for Zayn’s ‘collaboration’ with Jimi Hendrix? Have your say belowComment Now

On Hendrix’s account, the reaction was almost identical in its adoring tone and the guitarist’s fans expressed their impatience.

‘This will be completely amazing, beautiful collaboration I already want to hear it [sic],’ one said.

Echoing the sentiment of many in all caps, this excited fan aggressively typed: ‘I CANT BREATHE THIS IS SO GOOD AND COMPLETELY UNEXPECTED AND HENDRIX HELLOOOOOO [sic].’

The news came after the ex-boyband member penned a letter to PM Rishi Sunak asking the leader to expand free school meals to every child living in poverty in England.

Stock Market: Suez Canal Update! Floating!
I started a walking group for lads struggling with their mental health – like me

I’m A Celebrity: Panicked Chris Moyles gets just one star as Bushtucker trial goes ‘t***s up’