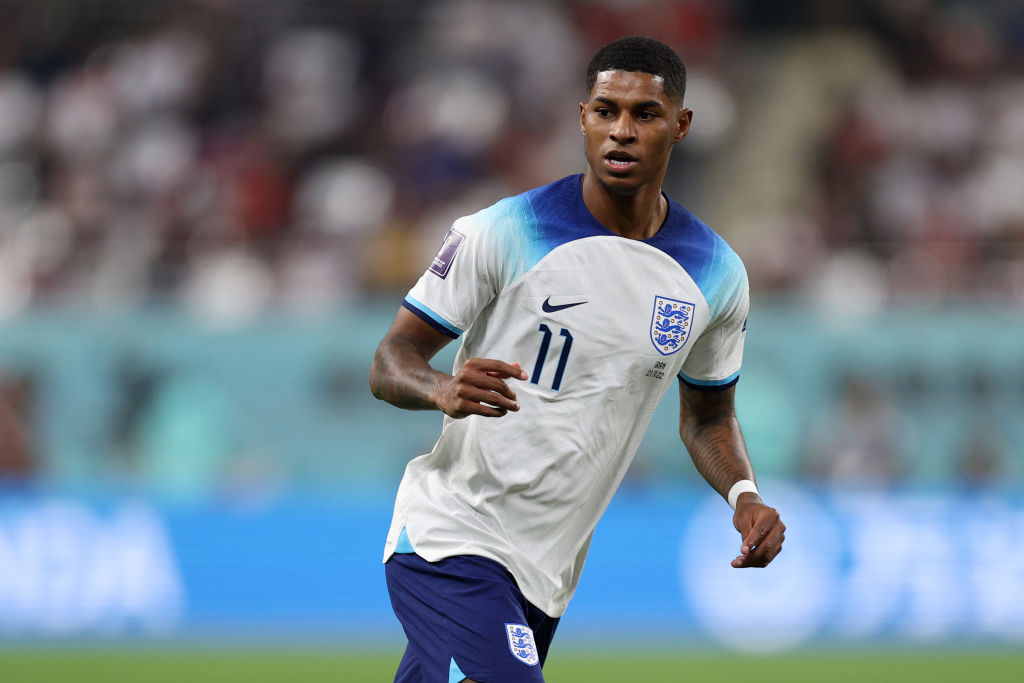 Rashford scored 49 seconds after coming off the bench (Picture: Getty)

Former England star Chris Waddle believes Marcus Rashford may have to wait to get a start for England in the World Cup.

The Manchester United star came off the bench in the thumping 6-2 win over Iran on Monday, scoring just 49 seconds after his introduction.

The 25-year-old comes into the competition after a much-improved campaign at Old Trafford with eight goals and three assists for Erik ten Hag’s side this term.

England’s other wide options were also in terrific form against Iran, however, with Bukayo Saka scoring twice and Raheem Sterling also on the score sheet with his terrific first-half finish.

‘He could keep bringing Marcus Rashford on, probably more on the left-hand side,’ Waddle told Metro.co.uk on behalf of FreeSuperTips. ‘If Saka and Sterling aren’t playing well in the game, then Rashford can come on for either of them.

‘He’ll be an important player in this tournament if he starts or not.

‘Callum Wilson will obviously come on for Harry Kane if he looks tired or isn’t doing it, but Rashford could also play up there if needed.

‘Marcus Rashford will get a lot of minutes and I wouldn’t say they he wouldn’t start games as the tournament goes on.

‘Raheem Sterling scored a good goal yesterday and looked quite sharp, but he hasn’t had the greatest of seasons at Chelsea so far.

‘If he’s not performing in a game, then I don’t think Gareth would hesitate in bringing someone on like Rashford or a Grealish. James Maddison is also someone to consider when he’s back fit.’

Saka justified his inclusion in the starting XI with two superbly taken goals, continuing his terrific form for Arsenal on the international stage.

And Waddle has backed the 21-year-old to remain a ‘key player’ for Gareth Southgate’s side.

‘He can score a goal, he can make a goal and he’s very confident right now. That’s the key when you’re a player who wants to create and do the job that you’re basically in the team for.

‘His job is to create and score and if he can keep doing that with the confidence, he’s got then he could be a big player for England. That’s the key, as long as he has that confidence and belief in himself then he can go and express himself.

‘Against Iran he made it look easy and you can see when the ball comes to him, he doesn’t think about anything he just gets hold of it and does it. As long as he maintains that confidence then he will be a big player for England in this tournament’.