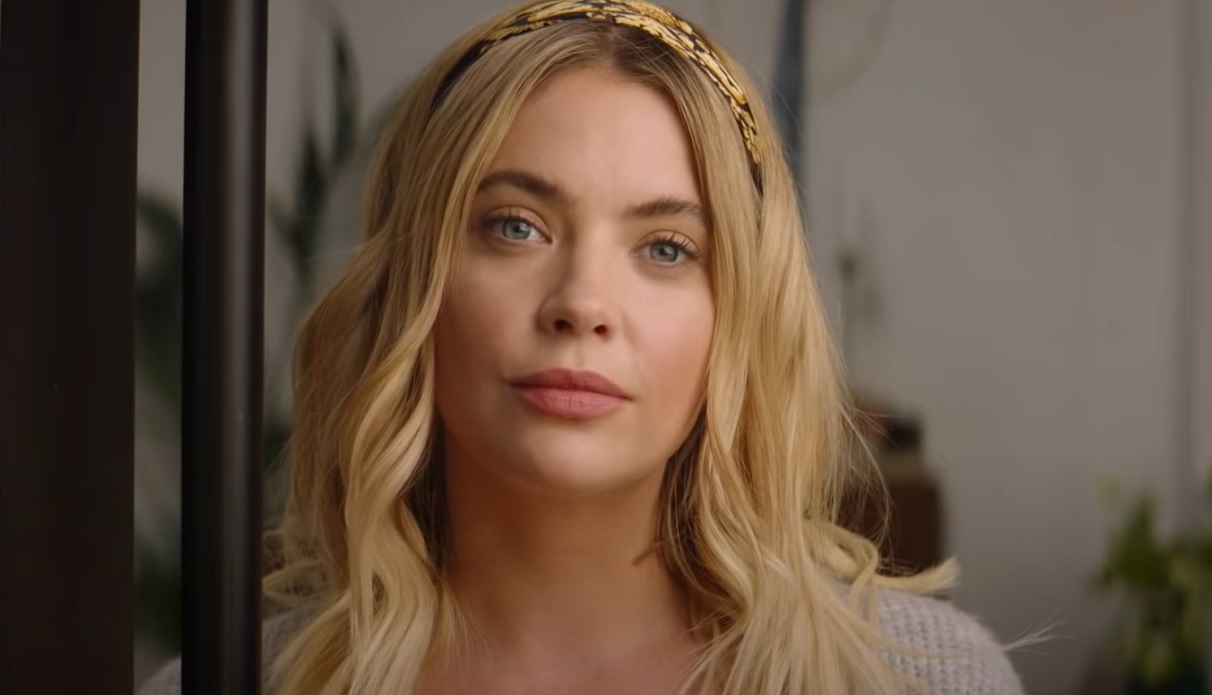 As an actress, Ashley Benson is best known for her role as Hannah on the popular series Pretty Little Liars. Before launching her acting career, at the age of 8, Benson was signed by the famous agency, Ford Models.

Benson, now 32, has recently joined the consortium of celebrities who have launched their own perfume.

At the L.A. launch party for her scent, Ash by Ashley Benson (see above and below), Benson wore a stunning little red mini dress with a sheer cutout and what appears to be flames across her bosom. The photo of her in front of a photo of her holding a bottle of the perfume is “so meta.”

One fan asked: “Are those devil horns?” Another asked, “A diablo dress?“

Get ready to see more of Benson: she’ll appear next in the Amazon Prime series Wilderness, based on the 2017 novel of the same title by B.E. Jones. It’s a twisted love story starring Jenna Coleman (Doctor Who) and Oliver Jackson-Cohen (The Invisible Man).

Benson most recently played the leading lady in the thriller Private Property, trailer below.

Stock Market: Suez Canal Update! Floating!
A Pair For Anyone: These Denim Brands Are Having the Most Epic Sales

‘Spirited’ Will Destroy Your Holiday Spirit and Hope for Humanity