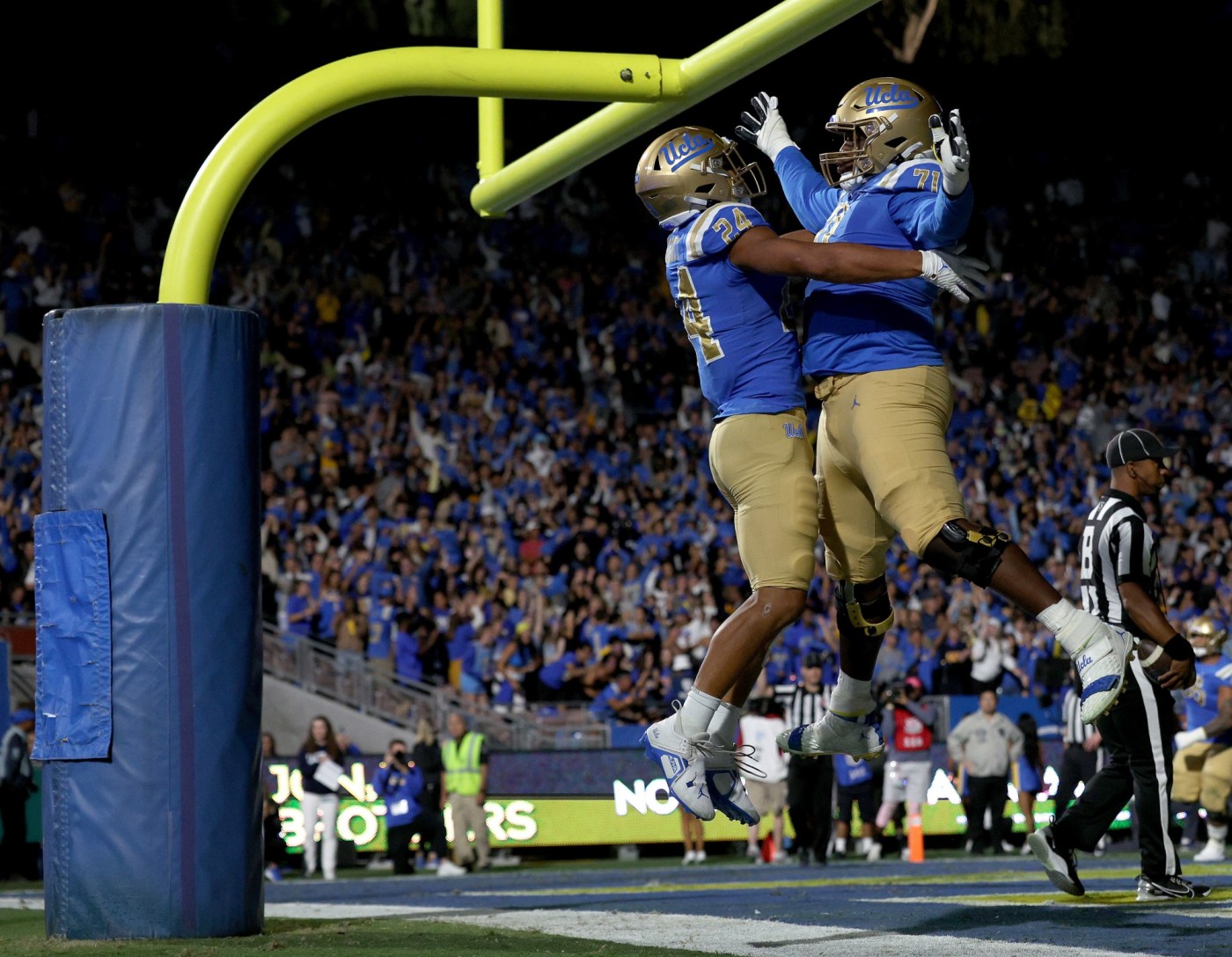 LOS ANGELES — UCLA offensive lineman Raiqwon O’Neal has spent much of his football career on the East Coast, attending high school in South Carolina and playing four seasons of college football at Rutgers.

He was instantly invested in the UCLA-USC rivalry when he realized how important it was to his teammates and has adjusted to West Coast college football fairly easily.

“It’s very fast,” O’Neal said of West Coast football. “It’s uptempo, no-huddle, signals. I had to get used to getting signals on the sideline. Instead of looking for a play call from the quarterback, I had to actually read the signals that the coach was giving us.”

The redshirt junior is still working on his speed, most recently quickening his footwork and second step on Monday to improve the flow of the offensive line.

There’s a sped-up feeling to this week in general, with a short turnaround from Saturday’s rivalry game to a Friday afternoon game against Cal. The feelings from losing to the Trojans have marinated, but it’s already time to move on.

“That’s our championship, as you can call it, and obviously it hurts,” quarterback Dorian Thompson-Robinson said. “But we want to end this on the right foot. We’re just trying to go into Cal and have one last hoorah together on the field.”

Thompson-Robinson chose to shoulder a lot of the blame following the 48-45 loss to USC, despite playing a role in each of the Bruins’ touchdowns. In this shortened week of practice, O’Neal and the offensive line are quick to offer some relief to Thompson-Robinson’s burdened mind.

“We can’t put it all on him. That starts with us up front,” O’Neal said. “It’s one team, one heartbeat. We’ve gotta be there for him as a brother and whatever outcome it is, we got his back no matter what.”

Several defensive players were either missing from practice or had apparent injuries during Monday morning’s practice.

Devin Kirkwood, a defensive back, did not play against USC and on Monday had so much tape on his left hand that it appeared to be club-like.

Quarterback Dorian Thompson-Robinson had some tape on his right hand, but appeared to be fully participating in practice as usual. When he spoke with media after practice, there was apparent swelling on his hand.

No TikTok for DTR

For those who want to keep track of Thompson-Robinson’s activity if the rumors of Twitter’s imminent shutdown prove true, he says he’ll carry on his social media presence on YouTube.

‘A Christmas Story Christmas’ Shoots Your Eye Out With Nostalgia

Holidays 2022: Bay Area has a ‘Nutcracker’ for every taste