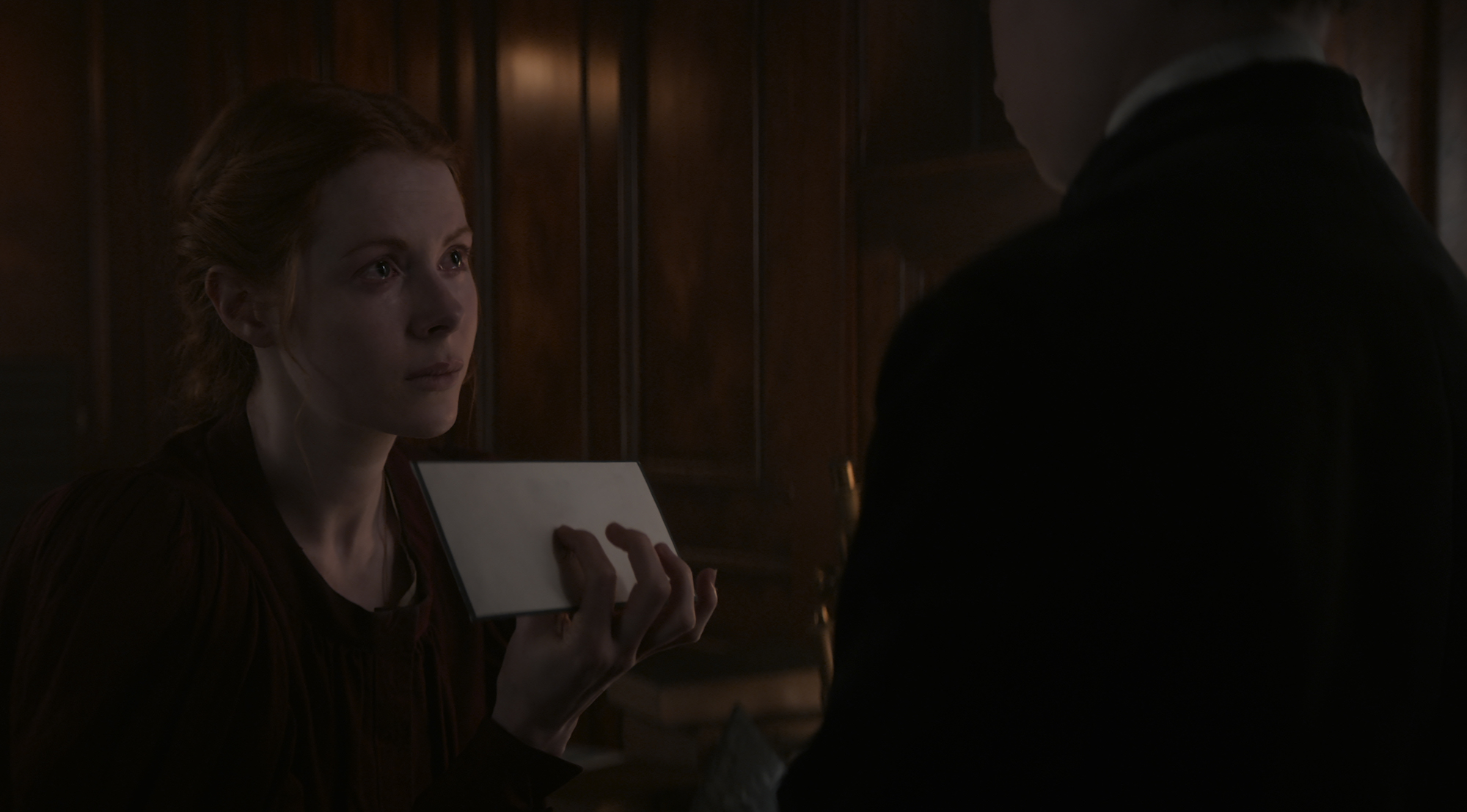 There’s a point in the first episode of “1899” when two characters are introduced in a very particular way. As the boarding party from the giant steamship Kerberos returns back to deck with news from the nearby, abandoned Prometheus, they carry a young boy (Fflyn Edwards) with them. Meanwhile, closer to the ship’s hold, a mysterious figure Daniel (Aneurin Barnard) climbs on board, soaked wet from his own journey to get there.

For anyone who’s seen writer Jantje Friese and director Baran bo Odar’s previous series “Dark,” it might as well be a neon sign. And Friese and bo Odar know exactly how they’re using it.

“There are a lot of people who watched ‘Dark’ who are used to the way that we code things and how we hide things. We had lots of readers on the scripts already saying, ‘Okay, so Daniel is actually The Boy.’ But guess what? That’s not what it is,” Friese said.

It’s the kind of winking storytelling playfulness that pops up at various points throughout this opening season of Netflix’s “1899.” Even as its characters wrestle with massive ideas about trauma, memory, mental health, and psychological control, “1899” maintains a certain thrill of discovery as the show’s layers get pulled back.

The best example might be at the end of Episode 2, when a short, pre-closing credits shot shows the core “1899” characters on a wall of video screens in some secret location. Despite some early indications that all is not as it seems on the Kerberos, going from “closing year of the 19th century” to “mysterious surveillance camera feed” is a jarring jump, one delivered entirely on purpose.

“For us, it was important that in the first episode, really from the get-go, you feel unbalanced. It does feel a little bit like an 1899 historical drama piece, but something is off,” Friese said. “What we constantly do is play with expectations. You read a code and you expect something and you feel safe in that. You think you figured it out. We’re breaking that expectation, and then hopefully giving you a satisfactory answer. At least at the end of Season 3, but hopefully already during the very first season.”

Another massive leap happens in the season’s closing minutes, as members of the cast move to a different kind of ship in an entirely different century. If the show does continue for a Season 2, it’ll already be a third of the way to its ultimate destination, according to Friese and bo Adar. And there are already details in the show that they’ve dropped in to help them as they get later in the potential “1899” run.

“We are giving a big answer in Episode 7 in Season 1. It’s not a constant, ‘Yeah, we fool you’ and then you see it in Season 3,” bo Odar said. “Season 1 is about establishing a big theme, a big …read more

Why Jonah Hill Stopped Promoting His Movies, According to His Therapist

Guillermo del Toro Defends ‘Bardo’: ‘To Anyone Confused About the Plot, My Condolences’

Roku to Lay Off 200 U.S. Employees ‘Due to Current Economic Conditions’