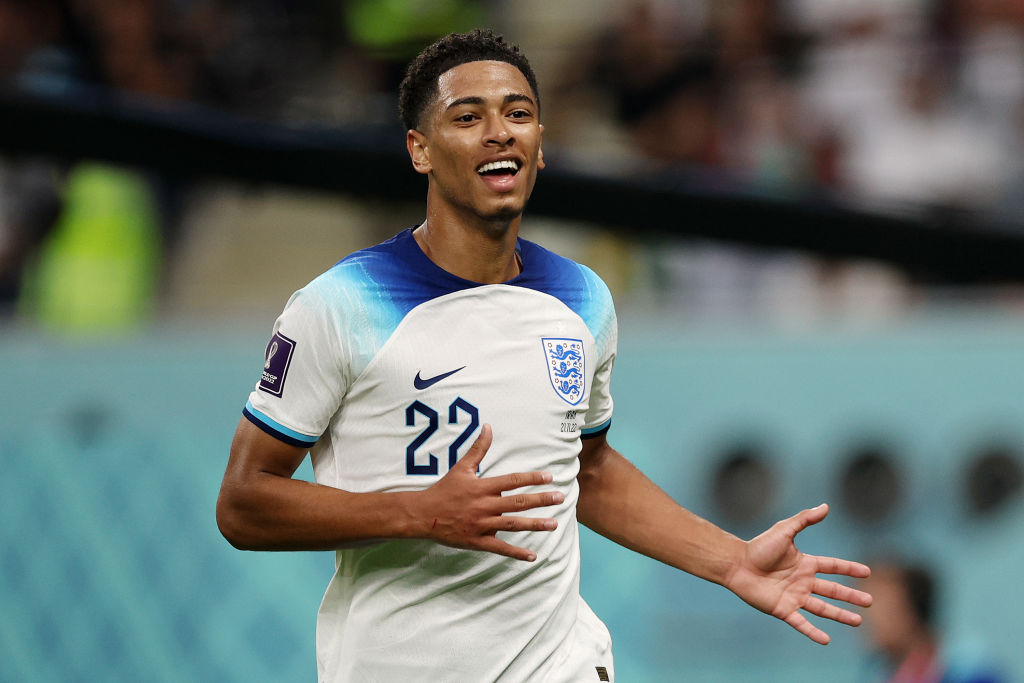 Rio Ferdinand hailed the ‘ridiculous’ Jude Bellingham after the midfielder’s excellent performance in England’s 6-2 win against Iran at the World Cup.

Gareth Southgate’s side their campaign off to a perfect start with a routine win against Carlos Querioz’s side, with Bellingham, Bukayo Saka [x2], Raheem Sterling, Marcus Rashford and Jack Grealish getting on the scoresheet.

Bellingham was making his first appearance at a World Cup but he barely celebrated after nodding in Luke Shaw’s cross and was not overawed by the occasion.

The likes of Manchester City, Real Madrid, Liverpool, Chelsea and Manchester United are all set to battle for Bellingham’s signature this summer, when he is expected to leave Germany.

And Ferdinand, who has been a long-term admirer of the teenager, says Bellingham’s performance was extraordinary.

‘The way that he conducts things at times…at times he’s on the edge of their box probing and sometimes he’s deep like this setting things up behind, Ferdinand told the BBC.

‘A young player normally looks at his game thinking: “I need to add this and that” but at his age [Bellingham] he’s been playing the game a couple of years. It’s ridiculous.

‘You [normally] do that [develop more skills] at 23 or 24 years old when you’ve found out what you’re good at and what you’re not.

‘You look at these clips and the thing is here; there’s nothing too similar. They’ve all got a different element to them. An element where you think; “That’s not the same as the last clip”.

‘He’s a young player and it’s going to be really interesting to see what type of player he’ll end up being because he’s got so many strings to his bow.’