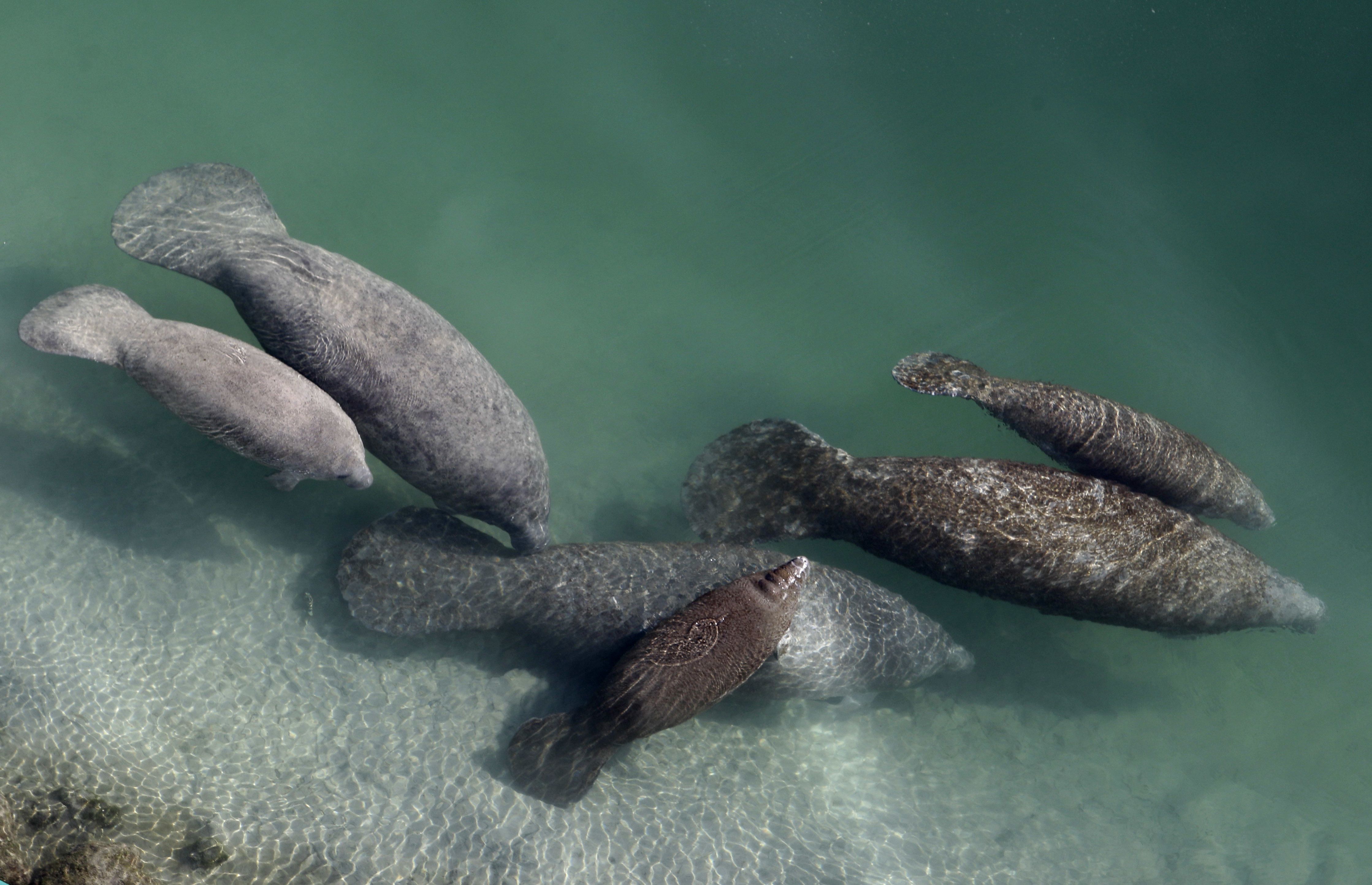 Manatees that are dying by the hundreds mainly from pollution-caused starvation in Florida should once again be listed as an endangered species, environmental groups said Monday in a petition seeking the change.

The petition filed with the U.S. Fish and Wildlife Service contends it was an error to take manatees off the endangered list in 2017, leaving the slow-moving marine mammals listed only as threatened.

“The Fish and Wildlife Service now has the opportunity to correct its mistake and protect these desperately imperiled animals,” said Ragan Whitlock, attorney for the Florida-based Center for Biological Diversity.

Under the Endangered Species Act, a species is considered endangered if it is “in danger of extinction throughout all or a significant portion of its range.” A threatened species is one that may become endangered in the foreseeable future.

The petition, also sponsored by the Save the Manatee Club, Miami Waterkeeper and others, contends that pollution from fertilizer runoff, leaking septic tanks, wastewater discharges and increased development is triggering algae blooms that have killed much of the seagrass on which manatees depend, especially on Florida’s east coast.

That resulted in the deaths mainly from starvation of a record 1,100 manatees in 2021 and is continuing this year, with at least 736 manatee deaths reported as of Nov. 11, according to the Florida Fish and Wildlife Conservation Commission. The 2021 deaths represented 13% of all manatees estimated to live in Florida waters.

Placing the manatee back on the endangered list would enhance federal scrutiny of projects and issues that involve manatees and bring more resources and expertise to tackle the problem, said Patrick Rose, executive director of the Save the Manatee Club.

“Re-designating manatees as endangered will be a critical first step in righting a terrible wrong,” Rose said.

The Fish and Wildlife Service has 90 days to determine whether restoring the manatee to endangered status is warranted and, if so, 12 months from the date of the petition to complete a review of the manatee’s status.

Officials at the service said they were working on a response.

Meanwhile, state wildlife officials say they will launch a second year of experimental feeding of lettuce to manatees that gather by the hundreds during winter in the warm-water discharge an electric power plant near Cape Canaveral.

Last year, about 202,000 pounds (91,600 kilograms) of mostly donated lettuce was fed to manatees under the program. But wildlife experts caution that starvation is a chronic problem that will continue to harm the manatee population without greater attention to reducing pollution.

“With astounding losses of seagrasses around the state, we need to address water-quality issues to give the manatee a fighting chance to thrive and survive,” said Rachel Silverstein, Miami Waterkeeper executive director.

How will the Thanksgiving holiday affect trash pickup in your area?

Georgia runoff: Why one Senate seat is crucial for Democrats