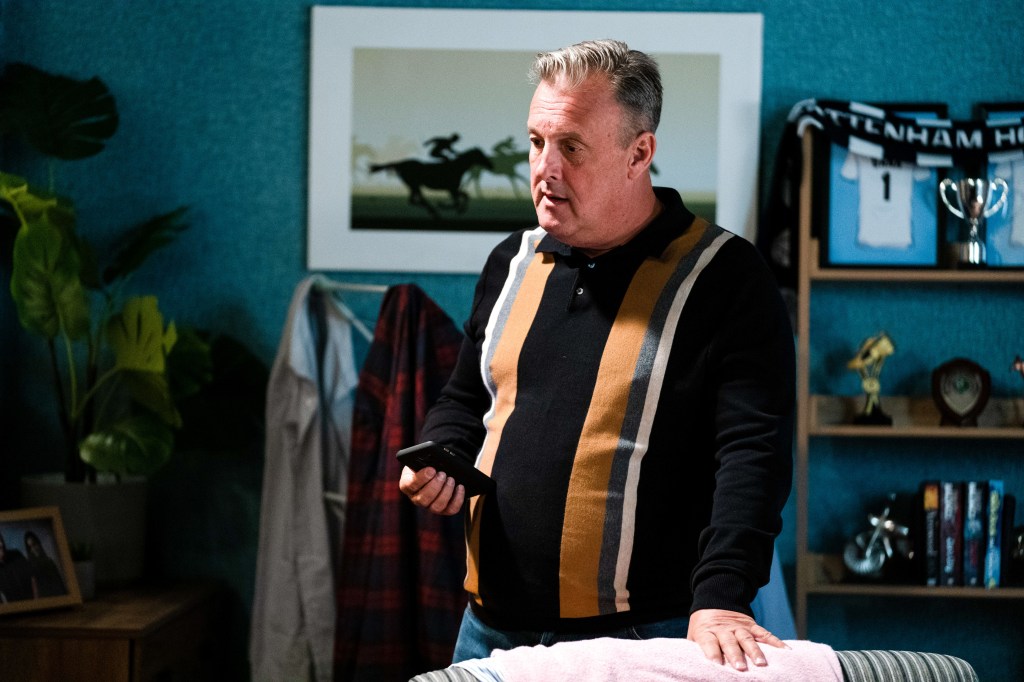 Concern is growing for Harvey Monroe (Ross Boatman) in EastEnders as his friends realise they haven’t actually seen him for several days.

There have been a lot of significant recent factors in Harvey’s life that have brought him here, Aaron (Charlie Wernham) and Dana’s (Barbara Smith) exits being two of them.

Aaron left Walford in the back of a police car following a storyline that saw the soap highlight far-right extremism.

For Dana, she recently said goodbye to her dad and life in Albert Square for a new adventure at university. While Harvey was happy and proud as he said goodbye to his daughter, he’s now really feeling the empty nest syndrome.

As the World Cup gets underway, Rocky (Brian Conley) is looking forward to the next match and pre-drinks with Mitch (Roger Griffiths) and Harvey.

However, once Rocky realises he hasn’t actually seen Harvey for ages, he brings Mitch and Stacey (Lacey Turner) to the flat and find their bewildered friend drowning in rubbish, dirty plates and messy clothes.

Harvey plays it down but it’s clear Stace, Rocky and Mitch are concerned for him, but will they be distracted when he reveals Sophia has started messaging again after being ghosted?

Or will they become determined to get Harvey to open up and talk?

Quick-thinking boy, 10, who evaded woman following him said he was ‘scared and shaking’

Inside the wild true story of a student who tried to sue Pepsi for a $32,000,000 fighter jet after ‘joke’ went horribly wrong

What is Transgender Day Of Remembrance and when did it start?