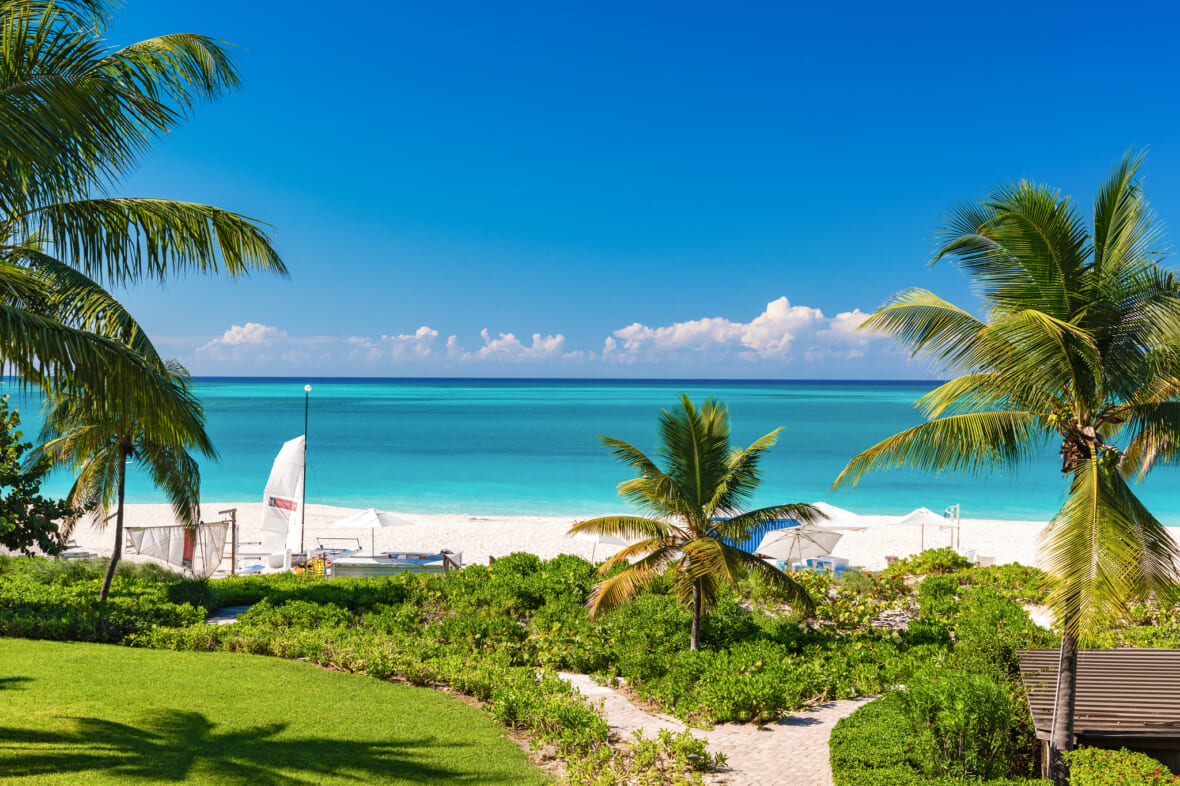 The distinctively pockmarked beach flows into clear turquoise waters with gentle waves that are ideal for paddleboarding, kayaking, sailing, snorkeling and cooling off from the island sun. This idyllic setting is at the heart of the enduring appeal of Grace Bay Club, the first luxury all-suite resort in Turks & Caicos, which sits on 1,100 feet of prized Grace Bay beachfront in Providenciales.

All of the resort’s 82 suites face the ocean and feature private patios or verandas and island-chic interiors by designer Thom Filicia. There are also seven restaurants, three pools and a luxury spa at the property, which is a popular couples getaway and wedding destination.

Grace Bay Resorts, the company that owns Grace Bay Club and the newer, cliffside Rock House nearby, aims to further dine out on its enviable location by hosting the annual Caribbean Food & Wine Festival at both hotels.

The food and wine connection comes naturally to a hotel brand that prides itself on serving fresh, locally-sourced seafood at both the flagship Grace Bay Club and the more intimate Rock House, which features a coastal Italian menu to match its Amalfi Coast-inspired aesthetic.

“We started the Caribbean Food & Wine Festival to engage visitors in the rich culinary heritage of the Turks and Caicos Islands,” says Nikheel Advani, COO of Grace Bay Resorts.

“This was our twelfth year, and the festival has increased our culinary prominence on an international level and put Turks and Caicos on the map as an epicurean destination. It’s also a great opportunity for culinary talent from the U.S. and Europe to share their talent in Turks and Caicos.”

Grace Bay resorts is already planning on raising its game for the 2023 Caribbean Food & Wine Festival by expanding amenities at the recently-launched Rock House, a 46-suite hotel carved into the rugged limestone cliffs of Providenciales’ north shore.

How Big Is ‘Furiosa’? Big Enough to Open a New Studio Dedicated to Its VFX

‘Black Panther 2’ Tops the Box Office Without Major Challengers, But a TV Show Takes the #3 Slot